How to fight the post-Christmas bloat

Tamara Duker Freuman, a New York-based nutritionist and author of The Bloated Belly Whisperer, explains the classic culprits of bloating, and why listening to your body – instead of trying fad diets – is the way to go

As ever, Cher summed up how many are feeling in a tweet today.

No matter how active or healthy you may be or feel, the tradition of Christmas – to pile up on stuffing, wine, eggnog, and morsels of candy round the clock – can derail that feeling entirely.

Come December 26, it’s common to feel a sudden thud of guilt (not helped by the hangover) about indulging so readily, and a heavy feeling of indigestion.

The good news is: it’s impossible to gain a significant amount of weight from one sitting.

The downside is: bloating is a complicated thing, and what works for one person may not work for another.

It can be caused by stress, jet lag, sleeplessness, anxiety, food, drink, lack of exercise – the list goes on. For a minority, it may even be down to a medical condition.

Enter Tamara Duker Freuman, MS, RD, CDN, author of The Bloated Belly Whisperer, whose newly-released book breaks down what fuels bloating and how to treat it.

Freuman, a New York-based registered dietitian, spoke to DailyMail.com to clarify the main misconceptions and offer some clear, helpful advice for our readers post-Christmas.

Bloating is a catch-all term for a feeling of swelling and being full, often to the point of discomfort.

There isn’t a technical definition of bloating, but more often than not it is caused by food or drink.

When we consume substances, it is up to our digestive system to handle them, move them along, break them down, absorb useful bits, and discard the rest.

Some things are easier to handle than others.

And it’s different for everyone. Some people’s nerves are more sensitive to sugars or fibers or certain proteins.

Indeed, a 2016 study by Israel’s Weizmann Institute of Science showed that some people’s guts are built to thrive off ice cream, while others should stick to plain rice or kale.

It was a major advance in gut research showing those who prescribe to popular diets may not be meeting their gut’s individualized needs.

But it’s near impossible to work out which camp you fall into – and why. Your gut bacteria is affected by everything – from how well you sleep to how often you have sex to what you eat to whether you were born via C-section or not.

2. WHAT CAUSED MY BLOATING?

It can seem like a million-dollar question, sending scores of us on wild goose chases to find and try new supplements, fad diets, exercises, and probiotics.

It’s something Freuman sees all the time. 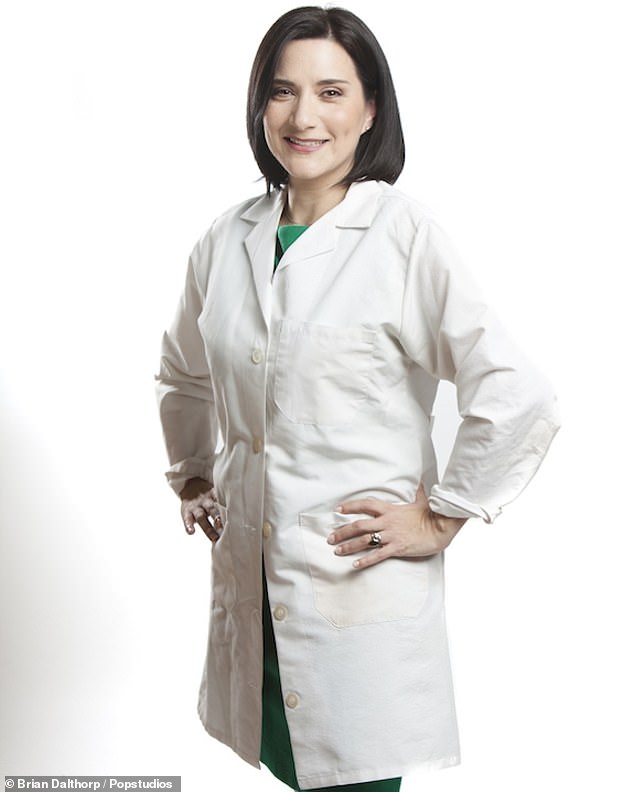 According to Freuman (pictured), there are two waves of high activity in her practice. The first is the weight loss group at the beginning of January, with scores of people feeling they overdid it at Thanksgiving and Christmas, and they want to make a fresh start. The second is at the end of January – with those suffering the consequences of a fad diet

WHERE TO EAT OUT IF YOU’RE BLOATED

Freuman does not promote one-size-fits-all diets, but from experience she says that these are the places that seem to be tolerable for most of her patients:

SUSHI – thanks to its finely cut ingredients, good quality fish, fermented soy, and fewer of the typically gassy ingredients (garlic, broccoli) that you see in other cuisines

STEAKHOUSES – with plenty of simply cooked foods, low in garnishes and complex sauces

DINERS – because omelets can be dynamic, nutritious and well-tolerated

‘If you don’t know what’s actually wrong then you fall victim to quick-fix supplements, products and probiotics and if you still feel bad it will feel like you’ve tried everything. It becomes despairing.’

Usually, she says, it is more simple than you think.

‘Probably 98 percent of the bloating I see if caused by one of the 10 things I describe in this book. For most, it can be treated fully and completely with diet,’ she explains.

But most importantly, there is a very strong chance your bloating issues are not the same as your best friend’s or your favorite wellness star’s.

3. HOW CAN I BEAT THE BLOAT? AVOID THE FAD DIET AND LISTEN TO YOUR BODY

According to Freuman, there are two waves of high activity in her practice.

The first is the weight loss group at the beginning of January, with scores of people feeling they overdid it at Thanksgiving and Christmas, and they want to make a fresh start.

The second is at the end of January – with those suffering the consequences of a fad diet.

‘These are the people who adopted an extreme diet in January and after a couple of weeks feel really bloated and they don’t know why. Maybe they tried the Whole30 or keto or paleo. They thought they were doing the right thing, a good thing – why do they feel worse than when they were eating burgers and fries?’

HEALTHY MEANS SOMETHING DIFFERENT FOR EVERYONE

A ‘healthy’ diet of grains and leaves may not provide instant relief to everyone.

For many, a kale-quinoa salad is actually the perfect storm for bloating because it is so fibrous that it can make them gassy.

‘The words “healthy” and “tolerable” are not the same. Healthy food is nutritious. That says nothing about what feels good in your body.

‘What works for one person might not work for you – but there are plenty of healthy foods out there, you need to find the one that works for you.’ 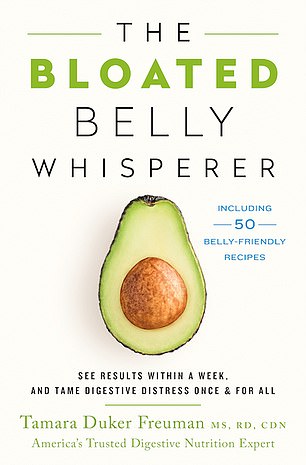 ‘For the general population, a probiotic is probably not going to be a quick fix.

‘Your gut ecosystem is so incredibly large and complex. This idea that you could take one strain that a manufacturer was able to culture and somehow it’s going to magically transform your microbiome… there’s no evidence to support that.’

LISTEN TO YOUR BODY

Above all, Freuman says, just listen to your body.

‘I think everyone will do better for themselves if we can step back from dietary dogmatism,’ she says.

‘There’s not one right way for everybody to eat. We don’t all need to eat the same way.

‘Let go of what other people are saying and respect the fact that certain foods feel good for you.

‘What do you enjoy? And what feels good?’

This traditional Greek yogurt-based dip is often made with loads of garlic.

My version uses the digestion-friendly green onions in its place, making the dip easier on those with acid reflux and suitable for those managing bloating with a low FODMAP diet.

Use this tzatziki to accompany grilled meats, chicken or fish, or as a dip for broccoli steamed until soft.

It is easy to grate the cucumber with a food processor. 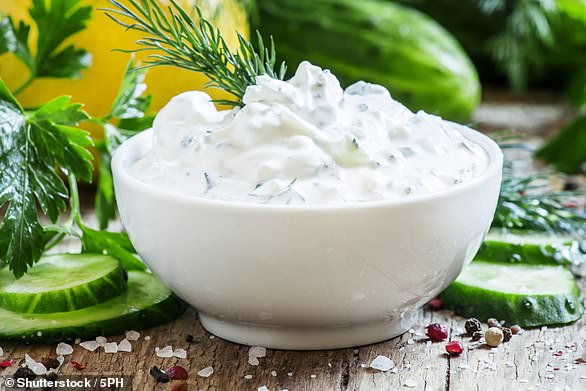 (Can be prepared 1 day ahead. Cover and refrigerate)

This comforting Mediterranean dish flavored with lemon and olives satisfies without fear of reflux from garlic. Thighs rather than breasts keep the chicken moist in its flavorful juices. 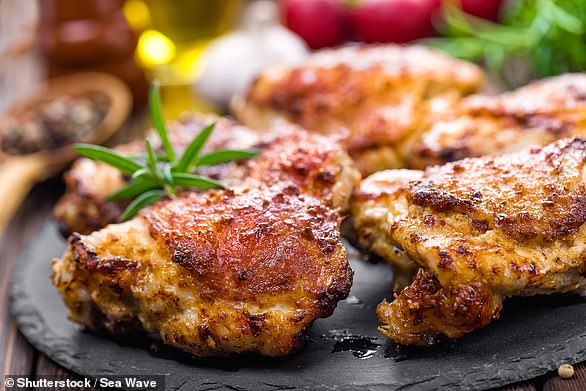