Travel experts reveal how to fly on a private jet for LESS than the cost of a trip with RYANAIR (and there’s no catch!)

If you thought you needed to be incredibly wealthy to afford a trip in a private jet – you’d be wrong.

Luxury travel experts have revealed that you can actually fly in one for less than the price of a Ryanair flight.

Michele Robson, Editor of flight tips site Turning Left For Less, and her Deputy Editor, Paul Khosla, snagged a trip on a private jet for just £250 each – exclaiming that they ‘felt like celebrities’.

Paul shored up the validity of the comparison with Ryanair fares on his write-up of the trip by posting a screen-grab of a Ryanair flight from London to Palma on August 22 that costs £269 per person.

So just how did they fly like millionaires for the price of a no-frills journey?

Their swanky flight was between Luxembourg and Dusseldorf on board a Citation CJ4 and came courtesy of Hahn Air, which, says Michele, is a slightly different type of private jet operator because it offers regular scheduled flights.

Michele and Paul’s tickets granted them access to the business class lounge at Luxembourg airport, which apparently wasn’t terribly impressive, but it did offer them views of their private jet on the tarmac.

Describing the journey on it to MailOnline Travel, Michele, whose site offers advice on how to get ‘Champagne travel on a Prosecco budget’, said: ‘When we arrived at the jet, we were all instantly in love with the experience already. We felt like celebrities as the pilots personally welcomed us onboard by the sleek aircraft. 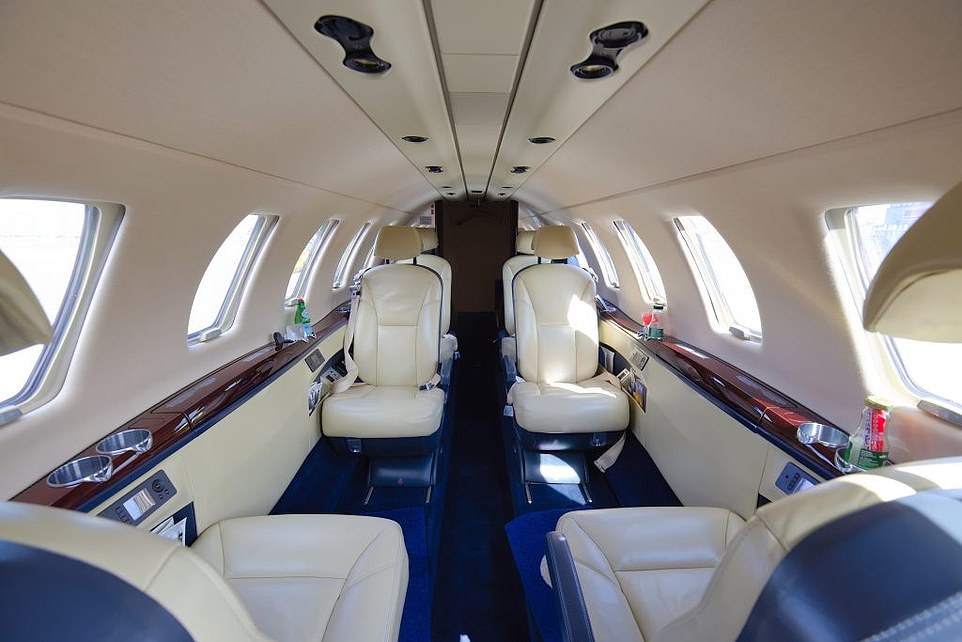 Michele said: ‘When we arrived at the jet, we were instantly in love with the experience. We felt like celebrities’ 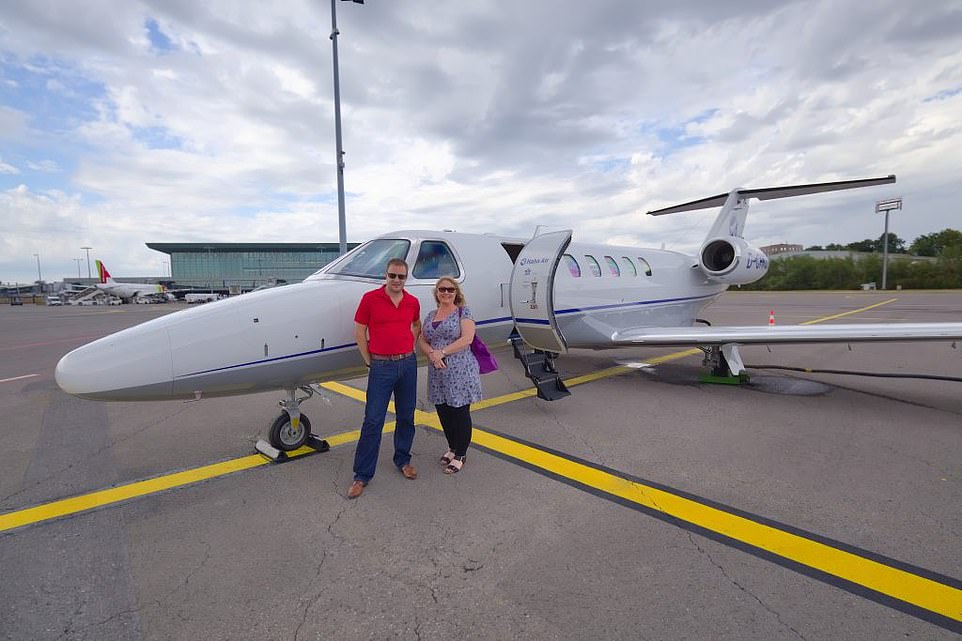 ‘The take-off experience was stunning,’ said Michele, ‘with an open cockpit we could see the same view as the pilots’. The jet she flew on was a Citation CJ4 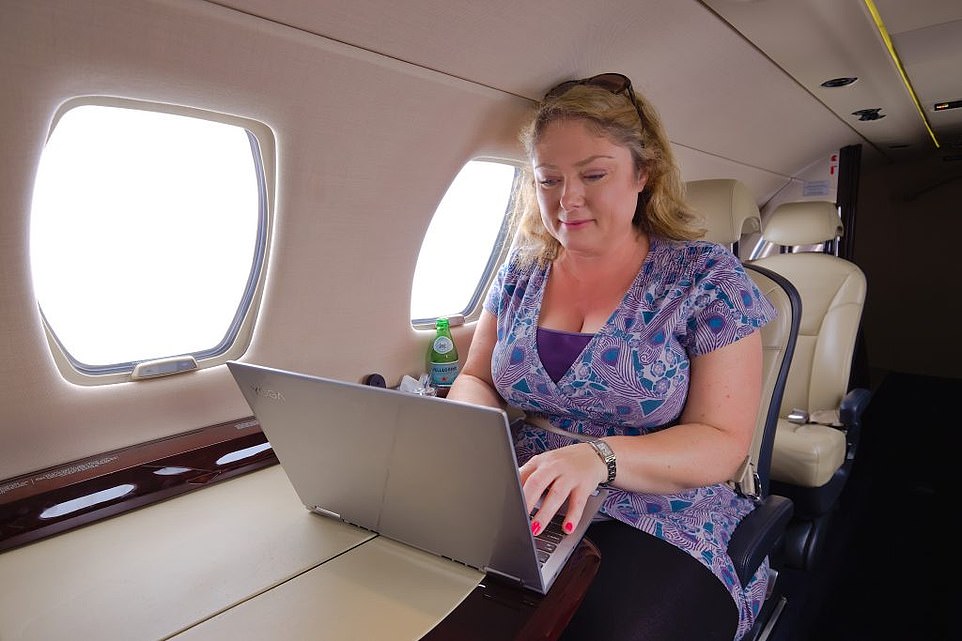 The trip was organised with the help of ITA Matrix, which is the search engine that powers Google Flights, and the private jet was booked using Expedia

‘We are lucky enough to fly business and first class regularly using our luxury for less tips. Travelling on the jet however was something else, it felt like we had only ever been on a bus and were now travelling in a Porsche!

‘The take-off experience was stunning – with an open cockpit we could see the same view as the pilots.

‘We soared into the sky at an amazingly steep rate of climb. Once at cruising altitude we could have a drink or snack, and even more importantly for an aviation buff, have a look at the cockpit and chat to the pilots. This would never normally be allowed on larger aircraft due to security. All too soon the experience was over, and we were landing at Dusseldorf.’

The trip was organised with the help of ITA Matrix, which is the search engine that powers Google Flights, and the private jet was booked using Expedia.