How to get a sculpted back like Penny Lancaster

By James Draper For Mailonline

She is the age-defying blonde who never seems to age.

And, to prove it, Penny Lancaster dazzled in a backless, teal dress that showed off her toned back at the TV Choice Awards, recently.

The 46-year-old mother of two and wife of rocker Rod Stewart has made her own workout DVDs and works out up to four times a week on a rowing machine, bike and weights in her gym at home.

As if that wasn’t enough, she also does Pilates, yoga and dancing.

WHAT TO TRY: The bent-over lateral pull is great for toning back muscles. Loop a resistance band or old tights around a sturdy object — a bannister is ideal.

Hold an end in each hand and step back until your arms are straight as you pull the fabric.

Position your feet hip-width apart and knees slightly bent. Then bend forwards so your torso is parallel with the floor. 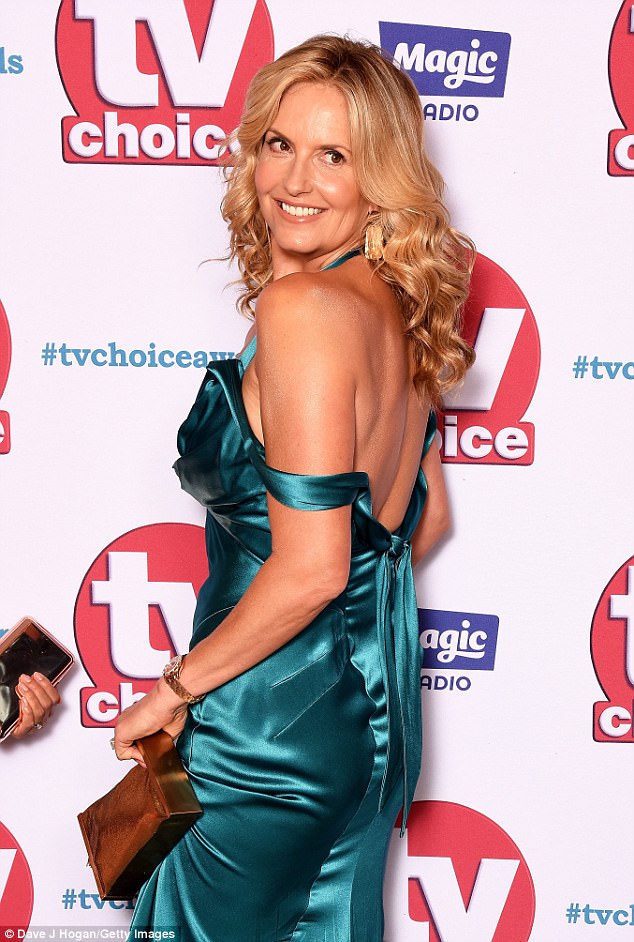 She earns it! Penny works-out four times a week on a rowing machine, static bike and weights

Pull your arms back past your head by bending your elbows. Keep pulling until your hands are level with your shoulders. Return to the start position.

But you’ll need to be patient: you can only expect to see a difference after eight weeks or so.