How to get kids to eat vegetables without bribery

The daily battle many parents face is making sure their children are getting enough vegetables in their diet.

While bribery is often a last resort, there is a better way, according to Luke Escombe, creator of The Vegetable Plot.

The 39-year-old from Avalon has suffered the debilitating effects of Crohn’s disease – a condition that’s similar to irritable bowel syndrome – for the better part of his life.

Speaking to FEMAIL, Luke, who is also a musician, shared how his struggle with the autoimmune illness led him on a journey to health, and how overcoming it has given him a unique way of helping others.

Luke explained he first became aware his body wasn’t functioning properly as a teenager, but because he was embarrassed by some of the symptoms associated with the condition, he suffered in silence until his mother intervened.

After one failed diagnosis by a doctor, another admitted him to hospital immediately for an operation to drain a peri-anal abscess.

‘I went through hell for a couple of weeks. Lots of needles and tubes and tests. It then took them another two weeks to actually diagnose me with Crohn’s Disease.’ 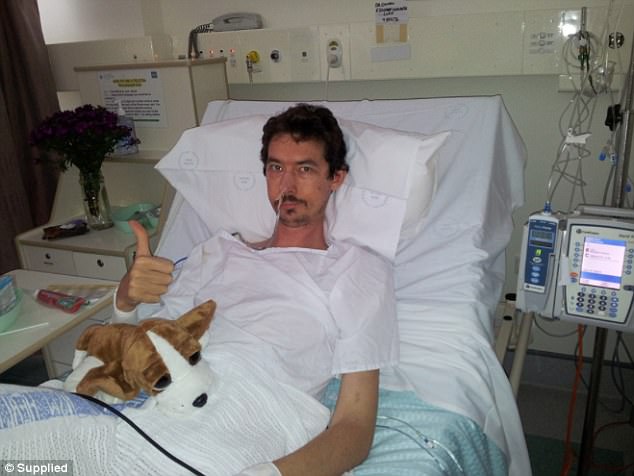 He said the illness, which struck him as a 14-year-old, wasn’t one he could come to terms with easily, and ‘was basically in denial the rest of my teenage years.’

‘I never really accepted the diagnosis or the implications of it, and the big knock on effect for me was I lost all my self-esteem and confidence.

‘As a child I was playing music, I was writing songs, I was in school plays, I was popular and doing well at school and the second half of high school was just a very lonely and bleak time.’ 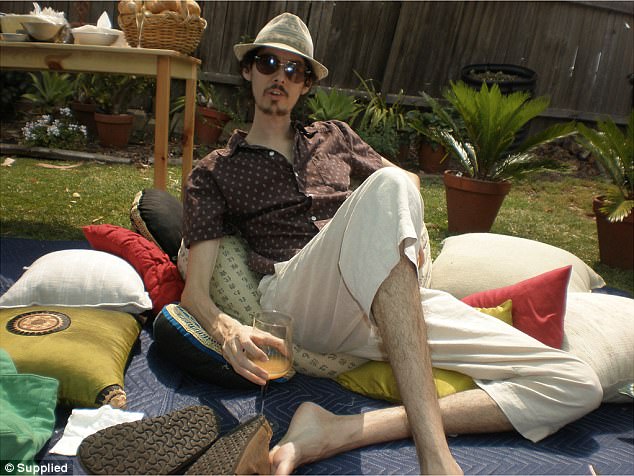 While Luke still made every effort to pursue a career in music, just before his first album was due to be released in 2008, the disease hit hard and that dream, for the time being, was scuttled.

He said it left him housebound for almost six months and stripped his body of 30 kilograms, and led him to create a one man comedy show called ‘Chronic’.

‘The more I talked about my illness in my shows, the more that started to attract attention, and then I got asked to speak at Parliament House at the end of 2011 about living with Crohn’s disease,’ he said. 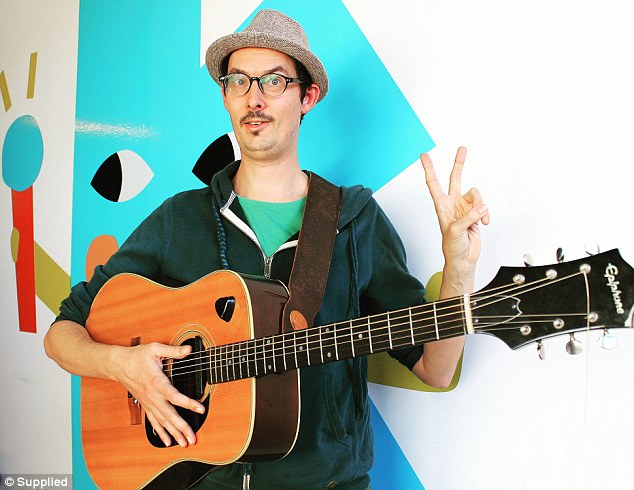 Luke’s journey to recovery from the illness has included taking a variety of medications, and later opting for extensive surgery

‘From there I got invited to speak at events all over the country and became, as well as still being a musician, a speaker and an advocate and an ambassador for Crohn’s and Colitis Australia.’

Luke’s journey to recovery from the illness has included taking a variety of medications, and later opting for an ileostomy just before the birth of his son, Harry, who is now four.

‘One of the big things that happened after this was I got really excited about food, and I particularly fell in love with fresh food, especially vegetables because they are filled with fibre,’ he said. 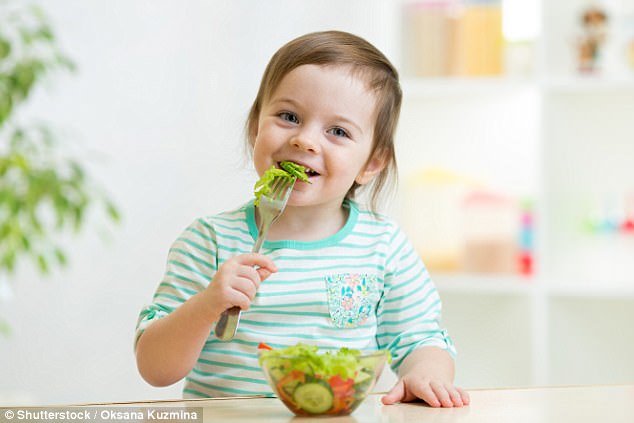 According to new research, 96 per cent of Australians aren’t eating enough fresh fruit and vegetables

‘When you have gut problems, fibre can make these problems worse but I became so excited by the colours and textures and shapes. Cooking became my new creative outlet.’

The multi-talented performer also turned to music as a way of sharing his enthusiasm for healthy eating with others, especially kids.

Antioxidants: Every different coloured vegetable is associated with these free radical fighters

Folate: (also known as B9): helps with cell repair and maintenance

Potassium:  Diets rich in this nutrient help with blood pressure

According to new research, 96 per cent of Australians aren’t eating enough fresh fruit and vegetables, and as a sufferer of an auto-immune disease Luke is all to aware the problems this can cause.

His new band, ‘The Vegetable Plot’ is a musical mash-up for kids, with a fresh focus on helping children to eat their five-a-day without too much fuss.

The group, only-ever so slightly reminiscent of The Wiggles, released their first full length CD entitled ‘The Vegetable Plot Season One’ .

All the songs are vegetable-themed, and of course there is a cute and quirky animated video that’s sure to keep any child enthralled. 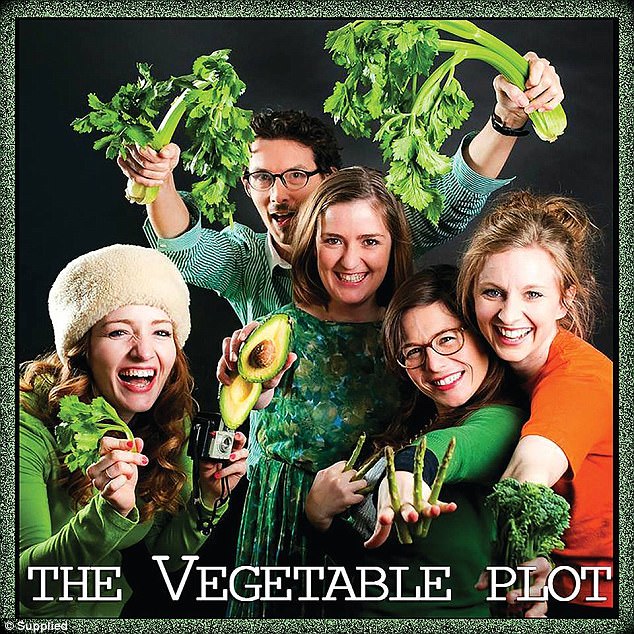 Luke’s new band, ‘The Vegetable Plot’ is a musical mash-up for kids, with a fresh focus on helping children to eat their five-a-day

Luke said the aim of the album isn’t to lecture kids or parents, instead he explains it’s made with a sense of fun that he calls ‘explosions of happiness’. 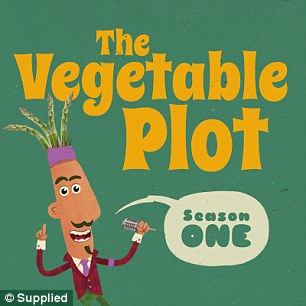 Luke’s CD, The Vegetable Plot Season One is available through all digital channels

‘The response from parents has been really good. It’s the kind of album you can listen to over again for a year without going insane.’

Although Luke has has little difficulty encouraging Harry to eat his vegetables, he believes the best way to encourage health eating in the home is for parents to set a positive example.