How to get on the housing ladder despite stamp duty

An extra helping hand could be on the way for first-time buyers in the Budget as pressure mounts on the Government to stimulate a stifled housing market.

Housing is tipped to be a headline grabber in Chancellor Philip Hammond’s speech on Wednesday – with hints of possible stamp duty incentives for first-time buyers.

Stamp duty is blamed for ‘suffocating the housing market’, according to a report last week by the London School of Economics.

The problem is buyers must meet the cost with cash – when they are already stretched to the limit with finding a deposit. It is also stopping older owners downsizing and releasing properties.

Stamp duty is blamed for ‘suffocating the housing market’, according to a report

An additional 3 per cent must be paid on second-home and buy-to-let purchases.

The academic report, sponsored by The Family Building Society, says stamp duty now absorbs a far greater proportion of household income than in past generations.

Professor Christine Whitehead says: ‘Stamp duty is an increasingly heavy tax on housing transactions – which is gumming up the housing market.’

Whatever Hammond pulls out of his hat, there are ways for young buyers NOW to take that first step. Here, The Mail on Sunday examines the options for first-time buyers:

There is no doubt Jeremy Corbyn holds the upper political hand when reaching out to the young. What he promises may just be hot air but the Government has to respond.

Wednesday’s Budget must herald a reduction in student loan rates, a move we have long urged the Government to make. Cut – and reap the political benefit.

Equally, the Chancellor must help wannabe first-time home buyers. An increase in the purchase value of homes exempt from stamp duty makes sense – from £125,000 to £250,000 (maybe £450,000 in London). As does a reappraisal of the Lifetime Isa which the young can use to accumulate a deposit.

Currently, for every £4,000 saved per year, the Government tops up with a £1,000 bonus. Maybe the maximum should be raised – even doubled – to help first-time buyers build deposits more quickly.

The  bigger the deposit the better the mortgage you can obtain.

The difference is at its most stark between buyers who have a 5 or 10 per cent deposit. For example, Yorkshire Building Society has a two-year fixed rate loan at 1.89 per cent for those with a 10 per cent deposit. There is a £995 fee, but borrowers get £250 cashback on completion.

By contrast, borrowers with a 5 per cent deposit pay 3.39 per cent – fixed for two years – with the same fee and cashback deal.

David Hollingworth, at independent mortgage adviser London & Country in Bath, Somerset, says: ‘If you can bump up your deposit to 10 per cent, you could save a large amount of money over the course of the mortgage deal. This is where parents can often help in boosting a home deposit.’

The Government-backed ‘Help to Buy’ initiative, now in its fourth year, has enabled thousands of buyers to get a foothold on the housing ladder.

The ‘shared ownership’ version is available to people in England who do not own a property and who have a total household income of £80,000 or less – £90,000 cap in London. It helps buyers purchase a share of between 25 and 75 per cent of a property in a new-build home (or those resold through housing associations).

They need a mortgage to purchase their share and pay rent on the portion they do not own. There is the opportunity to increase their share over time.

It can be a good way for those struggling to get a deposit and mortgage to cover the full value of a home. For more information, visit helptobuy.gov.uk.

The scheme is supported by lenders including Barclays, Halifax, Nationwide Building Society, NatWest and Virgin Money. Expect to pay higher interest rates than on a standard mortgage.

Borrowers can get up to 20 per cent of a property’s value in the form of an equity loan from the Government. They must provide a 5 per cent deposit and take a mortgage on the rest.

In London, buyers can borrow up to 40 per cent from the Government. There is no interest to pay on the Government loan in the first five years. You must be a first-time buyer or homeowner looking to move into a new-build home from a Help to Buy registered developer.

The maximum value of a home you can purchase is £600,000 and you can borrow up to four and a half times your annual household income. This scheme is available in England, with slightly different versions running in Northern Ireland, Scotland and Wales.

Dad came to the rescue for Rachael 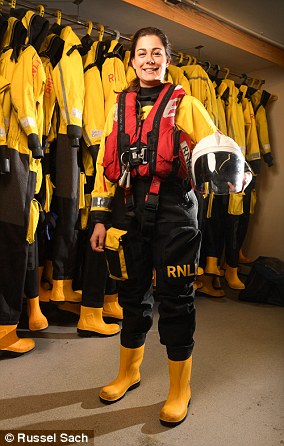 Events manager Rachael Bentley has just purchased her first property in Poole, Dorset, with the help of dad Robert who agreed to be a joint borrower.

The 28-year-old had been saving since she was 16 and had accumulated a healthy deposit but affordability was a recurring issue.

Taking a mortgage through The Family Building Society (part of National Counties) enabled her to boost her borrowing power as her father’s income and assets were taken into account. She has a five-year fixed rate loan at 2.74 per cent.

She says: ‘House prices are inflated in Poole due to the strong second-home and holiday house markets. But I needed to stay in the area as I am a volunteer crew member at Poole lifeboat station and must be within responding distance.’

Robert, a retired builder in his 60s, is not named on the title of the property which means there is no additional stamp duty tax to pay as is the case with a second home.

He owns his Sheffield home with wife Alison. But he has signed an agreement with the lender that if Rachael is unable to meet the repayments he will step into the breach.

This Government initiative has yet to launch but potential first-time buyers can already register their interest.

It will allow eligible first-time buyers between ages 23 and 40 to purchase a new-build home from some of the country’s leading housebuilders, getting a 20 per cent discount off the market price. Register at new-homes.co.uk.

BANK OF MUM AND DAD

Half of young people in rented accommodation say they need help from their parents to get on the housing ladder.

Research by insurer Legal and General says that if the combined ‘Bank of Mum and Dad’ was a real lender it would be equivalent to a top ten mortgage bank – lending more than £5billion in deposits and supporting home purchases of £77billion last year.

Gifting or loaning money for a deposit is the most popular option. Growing numbers of parents are remortgaging their own properties to release equity to donate to offspring. Patrick Usher, mortgage expert at online broker Habito, says: ‘A large proportion of young buyers coming to us have financial help from parents.

‘Gifting cash is the most straightforward option, but there are other ways families can support their children on to the property ladder.’

Schemes such as Family Springboard from Barclays and Offset Plus from Yorkshire Building Society allow parents to use their savings either as security or to offset against a child’s mortgage debt balance, but with the ability to get the money back in the future.

The Isa that helps you buy a house

First-time buyers can save for a house deposit and get a boost from the Government.

After you have held the Isa for at least a year you can use the proceeds towards the deposit on a first home – including shared ownership – up to £450,000 in value.

A couple buying together can each use their Lisa for the same property purchase. Money can be put into stocks and shares or cash.

Skipton Building Society is currently the only provider offering a cash Lisa. Its rate is 0.5 per cent but will rise to 0.75 per cent next month.

Be wary if you decide not to use the Lisa for a home deposit as you can only access the money, including the bonus, from age 60. If you want to close or make a withdrawal before this time, a 25 per cent penalty will apply.

The payout from a Lisa is available at the point of exchange of contracts on a house purchase. With the Help to Buy Isa, the bonus is only paid on completion of the house purchase.