How to get your gut health back on track after Christmas

Most of us will have been guilty of over-indulging at Christmas, but it’s not just our waistlines that take a hit.

Our gut microbes have been busy working overtime in breaking down the overload of rich food and booze, and have also been starved of the high-fibre foods that they rely on.

The health of our gut flora has increasingly been linked to a range of conditions including obesity, diabetes, arthritis, colitis and irritable bowel syndrome.

Writing for Science Focus, Tim Spector, professor of genetic epidemiology at King’s College London, outlines how to get it in balance again to help you control your weight and reduce your risk of disease.

Changing your diet to maintain healthy gut bacteria could help to protect you from nearly all age-related diseases, research published last month suggests.

Imbalanced gut bacteria may to blame for many age-related diseases, according to the new study from University Medical Center Groningen, The Netherlands.

The researchers found that the poorly balanced gut bacteria in older mice could induce ‘inflammaging’ in younger mice when it was transplanted to them.

Inflammaging is a chronic inflammation condition associated with aging, which is linked to most serious age-related health conditions, like stroke, dementia and cardiovascular disease.

The researchers, led by Dr Floris Fransen, came to their conclusions after carrying out studies on mice.

While probiotic foods and supplements are well known for helping boost ‘good’ bacteria, research suggests adding more fibre to your diet can help too.

According to a study by the University of California, produce such as fruit, vegetables, grains and legumes trigger a process can help create a gut environment that encourages growth of ‘good’ bacteria, and inhibiting ‘bad’ bacteria.

The researchers discovered that when gut microbes were fed indigestible fibre this was fuel to help intestinal cells maintain gut health.

Professor Spector advises you aim for more than 40g per day, which is roughly double the current averages.

Good examples of high-fibre vegetables are artichokes, leeks, onions and garlic, which all contain high levels of inulin (a prebiotic fibre), says Professor Spector. Some vegetables like lettuce have little fibre or nutrient value.

Scientists have long known that diversity of our gut bacteria has an immune system boosting effect.

Microbial diversity can be undermined by the typical high-calorie Western diet, rich in sugar, meats and processed foods.

Researchers studied an indigenous group of people in Africa and discovered their gut bacteria is about 30 per cent more diverse than in Western nations.

An international team led by researchers at the Stanford University School of Medicine studied tribes living in the Savannah, known as The Hadza.

They discovered that they do not get the common gut ailments that plague the Western world such as inflammatory bowel disease or Crohn’s disease, ulcerative colitis and colon cancer.

The average Hadza person eats around 600 species of plants and animals in a year and has huge seasonal variation.

In contrast, most Westerners have fewer than 50 species in their diet and are facing an epidemic of illness and obesity.

A study carried out last year adds to evidence that suggests you can take steps to enrich your gut microbiota by changing your diet to one containing a variety of plant-based foods.

Washington University School of Medicine in St Louis studied a group of people who ate a fairly typical American diet, consuming about 3,000 calories a day, high in animal proteins with few fruits and vegetables.

A group who followed ate less than 1,800 calories a day and consumed a mostly plant-based diet with less animal protein than the other participants had a far richer and more diverse microbial community and carried several strains of ‘good’ bacteria.

3. Choose food and drinks with high levels of polyphenols – including wine

Polyphenols are natural compounds found in plants, fruits, vegetables, cereals, wine, tea and coffee and are split into two groups: flavonoids and non-flavonoids.

Professor Spector describes polyphenols as antioxidants that act as ‘fuel’ for microbes. Other examples are nuts, seeds, berries and olive oil. He says green tea is especially beneficial. 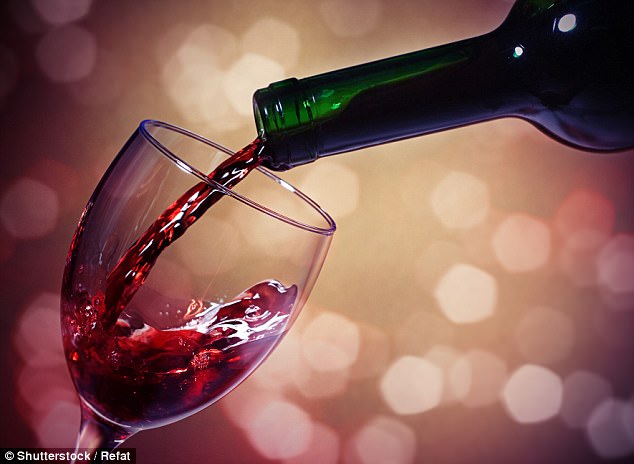 In one study, red wine was found to increase ‘good’ bacteria Bifidobacterium and Prevotella, according to the University of Barcelona.

But large amounts of alcohol are harmful to your microbes and your health, found researchers from the Catholic University of Rome.

Try to increase intervals between meals to give your microbes a rest. Occasionally skip meals or have an extended fast – this seems to reduce weight gain.

Studies suggest fasting may help protect your gut microbiome. And in turn, those bacteria could help protect your body during the process, according to researchers at the Salk Institute for Biological Studies in San Diego, California.

They found fasting flips a genetic switch that activates an anti-inflammatory response in your gut, protecting both you and your bacteria.

Professor Spector says good choices are unsweetened yoghurt; kefir, which is a sour milk drink with five times as many microbes as yoghurt; and raw milk cheeses.

He also recommends sauerkraut; kimchi, a Korean dish made from garlic, cabbage and chilli; and soybean-based products such as soy sauce, tempeh and natto. 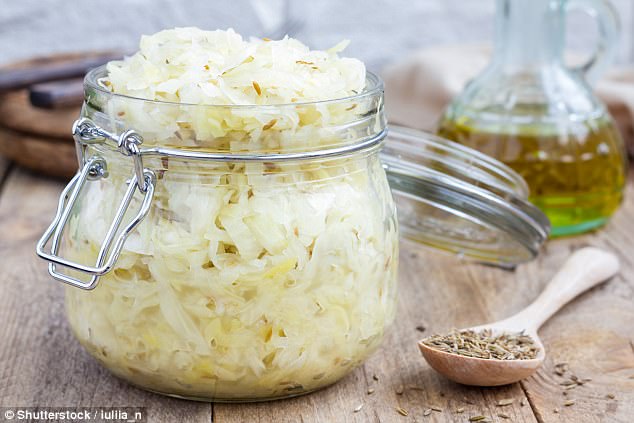 Researchers from Stanford University in California discovered diets high in salt are killing off beneficial bacteria in our guts. They say probiotics commonly found in yogurts, as well as fermented products can reduce inflammation-triggering cells that cause hypertension.

Studies suggest artificial sweeteners such as aspartame, sucralose and saccharine have a negative impact on our gut microbiome.

Researchers from Weizmann Institute of Science in Rehovot, Israel, concluded from experiments on mice that ingesting these disrupted their gut diversity and led to obesity and diabetes.

But they found the effect on their intestinal health was reversible: after the mice were treated with antibiotics to kill all their gut bacteria, the microbial population eventually returned to its original makeup and balance, as did blood glucose control.

7. Spend more time in the countryside

According to a study by Aarhus University, exposure to a farming environment may prevent or dampen hypersensitivities and allergies, even in adults.

The immune systems of people who work in farming are frequently exposed to a wide range of bacteria, fungi, pollen and other irritants which may trigger a response that protects them against hypersensitivity.

So dust off your trowel and get stuck into the gardening.

Research shows having a dog early in life may alter gut bacteria in immune-boosting ways.

The University of Alberta Faculty of Medicine & Dentistry showed that babies from families with pets – 70 per cent of which were dogs – showed higher levels of two types of microbes associated with lower risks of allergic disease and obesity.

The findings build on two decades of research that show children who grow up with dogs have lower rates of asthma.

If you’re prescribed antibiotics to clear up a bacterial infection, they’ll likely kill the bacteria that make you sick, but might also destroy your beneficial intestinal bacteria. 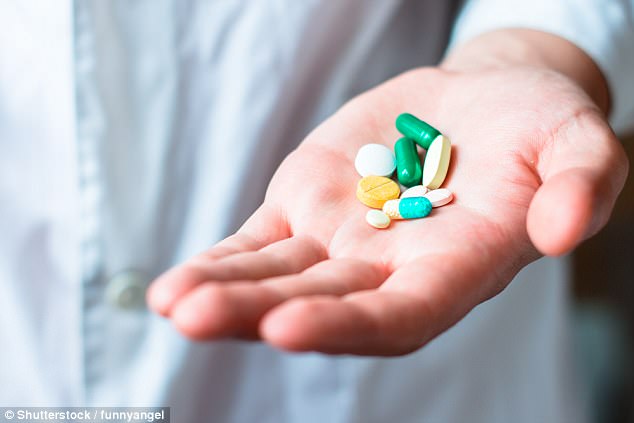 So don’t take them unless you need them, warns Professor Spector. Their use is also associated with obesity and allergies in animals.

Even common medications like paracetamol and antacids can interfere with microbes, he explains.

Fastidious washing and overuse of antibacterial sprays may not be good for your gut, argues Professor Spector.

The theory of the hygiene hypothesis, which emerged in the late 1980s, is that the rise in allergic disorders in the last century is due in part to our somewhat obsessive cleanliness standards.

Experts say we’ve become hyper-vigilant in trying to avoid every germ in the environment – as evident with the availability of anti-bacterial products for every conceivable use – and it’s not healthy for our guts.

It is thought that early exposure to bacteria and parasites prepares our immune systems to fight infections.

Studies in mice have shown that leanness may be contagious. Microbes from a lean rodent can reverse obesity in a fat one.

Researchers at Washington University in St Louis took gut bacteria from four pairs of identical and fraternal twins; one sibling in each pair was lean and the other obese.

Then they transplanted these microbes into mice that had no intestinal microbes of their own. The mice who got microbes from the lean twins stayed lean.

Those that got microbes from the obese twins increased their body fat by 10 per cent on average, even though they were eating the same amount of food.

Taking probiotic supplements has become extremely popular in recent years – they promise to keep your gut and digestion healthy by replacing the ‘bad’ bacteria with ‘good’ bacteria.

Yet the hard evidence that they are beneficial is lacking for many. Instead, focus on eating a diverse range of real food to get all your nutrients, says Professor Spector.

Ian Orme, professor of microbiology and pathology at Colorado State University told Business Insider: ‘Thirty billion Lactobacillus sounds good, but after going through the stomach acid, only about 43 of them survive.

‘In other words these 43 or so bacteria politely ask the million or so anaerobic Bifidobacteria to please leave. Yeah, sure.’