How to help those less fortunate this Christmas

It is the time of year when friends and family come together, but half a million older people are likely to be spending the festive period alone, it has been revealed.

While the number of people spending Christmas Day in poverty has reached its highest level since comparable records began.

Official figures show 14 million people are currently living below the breadline in the UK, a rise of 1.2 million since 2010.

Shockingly in 2019, nearly one in five children live in constant poverty, and this is expected to rise in the next five years.

The most up-to-date poverty statistics are due to be released in December, but charities expect little to have changed in the past 12 months.

An Age UK survey found that for many pensioners – of whom two million are living in poverty – Christmas is ‘just another day’, with around 250,000 saying being lonely is a ‘normal part of life’ for them.

A spokesperson for the charity said: ‘Many families and friends make a real effort to be kind to older people, especially at this time of year.

‘However, as our research shows, sadly, some older people are still being left out in the cold and have no one at all to turn to for advice or support. No one should have to live like that in old age.’ 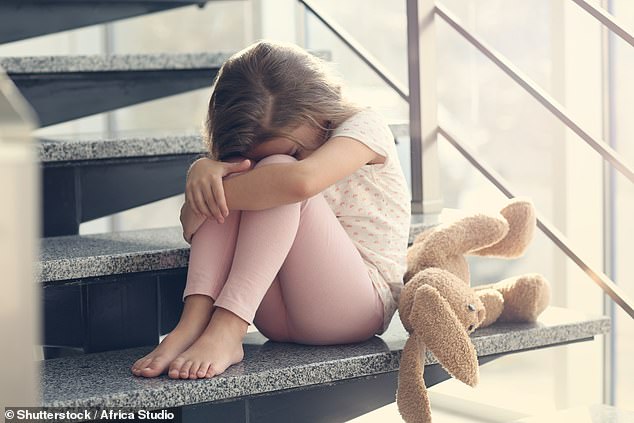 On the opposite end of the spectrum, around one million children under the age of 10 could face a ‘Dickensian’ Christmas, with many going without winter clothes and fresh food, let alone presents.

Youngsters who experience poverty throughout their youth are three times more likely to develop mental-health problems, research has shown.

They are also twice as at risk of suffering from a lingering illness and one-and-half times more likely to be obese.

If you want to help those in need, what with it being the season of goodwill and all, there are plenty of things you can do for others, even if you don’t have much free time.

Here are some of the best ways you can spread goodwill this festive season.

Make a donation to a charity

If you are too busy to volunteer or give up your time this Christmas, making a donation to charity is the quickest and easiest way to help.

You can support care for elderly people by giving to charities like Age UK who run an advice line 365 days of the year and are there to assist vulnerable older people in a crisis, whatever they need.

Donate to a food bank

While many of us will be tucking into a turkey with all the trimmings on Christmas Day, spare a thought for those who can’t afford to do the same.

That’s why donating to your local food bank is an excellent idea all year round, but especially over the festive period.

Find your nearest food bank and check what items they are most in need of here.

Donate to the Crisis Christmas Appeal and buy a homeless person a Christmas dinner on December 25.

For just £28.87 you can reserve a place for someone at a Crisis centre so they don’t have to go without this Christmas.

But the money goes much further than just providing dinner to someone living on the streets. It brings them together with advisers who can talk about housing and benefits entitlements, as well as allowing them to access healthcare, dental treatment and even hairdressers.

Volunteer at a homeless centre

Spend your Christmas Day helping others by volunteering at a homeless centre or soup kitchen.

Checking availability on the Crisis website is a good place to start, but look up centres in your local area to see if they need help.

Reach out to older people who live in your area

Visit an older relative, friend or neighbour. Research shows that making the effort to stay in touch makes a big difference to older people, who may be reluctant to admit they are struggling to cope or feeling lonely.

Start a conversation this Christmas, offer assistance on extreme weather days, where they may need help getting their shopping, or invite your neighbour round to yours or to a festive event. If it goes well, it could become a regular occurrence and you’ve made a new friend.