How to invest in property in Australia: Eddie Dilleen shares how he bought 12 homes in six months

A property investor who bought his first two-bedroom unit at the age of 18 after saving for the deposit on a $26,000-per-year McDonald’s salary has purchased an additional 12 homes in just six months.

Eddie Dilleen, from Mt Druitt in western Sydney, has an impressive portfolio consisting of 52 investment properties estimated at $25million dollars.

While inflation continues to rise, the 31-year-old believes it’s still possible for first home buyers to get into the market with the right mindset and strategy.

The Reserve Bank of Australia increased the cash rate by 0.25 percentage points on Tuesday, taking it to a nine-year high of 2.6 per cent.

An increase in interest rates mean buyers have less borrowing capacity and causes a rise in both mortgage and rent payments. 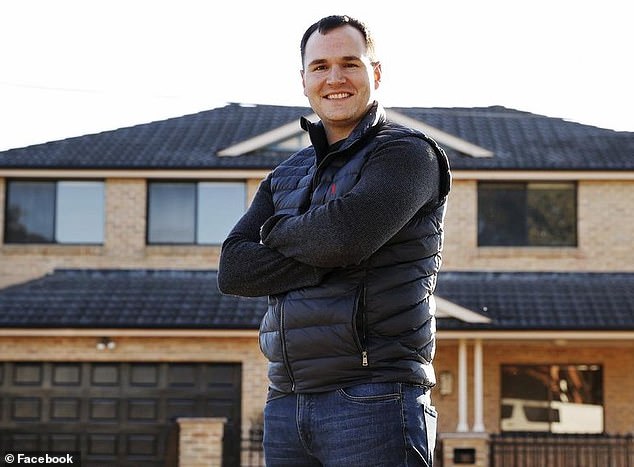 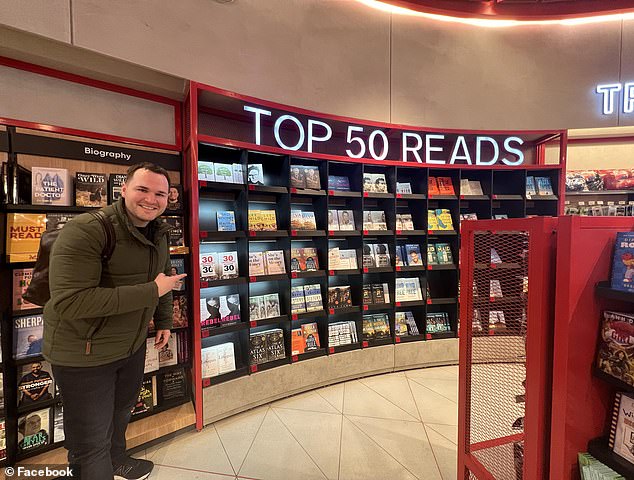 The investor has just written his first book, 30 properties before 30 , which shares his tips and tricks for investing in property (pictured standing next to his book)

Mr Dilleen told FEMAIL the three key features he looks for in a property is a high yield (income return), capital growth and ensuring the price is below market value.

‘Anyone can invest in property, but you need to consider your goals and think long-term,’ he said.

When choosing his next investment, Mr Dilleen never limits himself to one state and instead looks for opportunities across Australia.

Mr Dilleen said his end goal was to help as many Australians as possible get into the real estate market sooner and pass on his knowledge about investing.

What areas has Eddie invested in?

Mr Dilleen said now is the best time to take action and suggests putting down a smaller deposit, such as five or 10 per cent, to get into the market sooner.

‘By the time you save a 20 per cent deposit, the prices may have already increased even further,’ he said.

Mr Dilleen said his buying strategy also hasn’t changed – he has continued to buy properties with a high rental yield between five to nine per cent that have ‘good capital growth’ in metro regions and always buys below market value.

‘Buyers should take action now as when interest rates start to go down in the next couple years there will be another property boom. Always invest and think long-term too,’ he said.

‘It’s an amazing time to buy – when most people are fearful, you get the best deals.’ 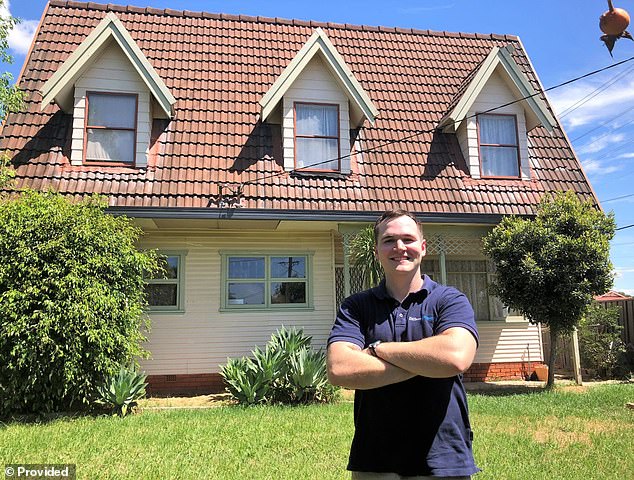 While inflation continues to rise in Australia, the 31-year-old believes it’s still possible for first home buyers to get into the market, with the right mindset and strategy

‘Debt is how money is created. Smart people use debt to create massive amounts of wealth. The most successful people in the world use good tax deductible debt to reach their goals, but unfortunately this isn’t taught in schools,’ he said.

‘I definitely believe fear holds a lot of Aussies back when it comes to property, as the average person isn’t taught the knowledge that when you buy an investment property the debt and expenses are all tax deductible.’

Mr Dilleen also listed some of the ‘hottest’ suburbs of the moment, including Glenelg and Elizabeth Park in South Australia, and the Ipswich, Logan and Brisbane council regions in southeast Queensland.

Mr Dilleen believes you don’t need to be earning six figures to get into the real estate market.

‘It’s all about understanding how the banks lend you money – having a high yield means you can continue to borrow,’ he said.

‘Start small and get in as soon as you can.’

Mr Dilleen also suggested purchasing existing properties rather than new builds which are often on small blocks of land.

He also encourages ‘rentvesting’ – a tactic that sees buyers rent a property where they want to live and buy an investment property in a suburb they can afford.

Mr Dilleen grew up in a housing commission home and became interested in real estate when he started working at McDonald’s at 14.

Based on conversations had with co-workers and others, he quickly understood buying into real estate was the perfect strategy to build wealth.

‘From humble beginnings, I grew up in a rough neighbourhood and no one in my family owned a home,’ he said.

‘Mum struggled to put food on the table, we had to buy secondhand clothes from the Salvos, it was very rough financially.

‘I remember when I was 12 thinking ‘this sucks’ and wished things were different… I wanted to break out of the cycle.’ 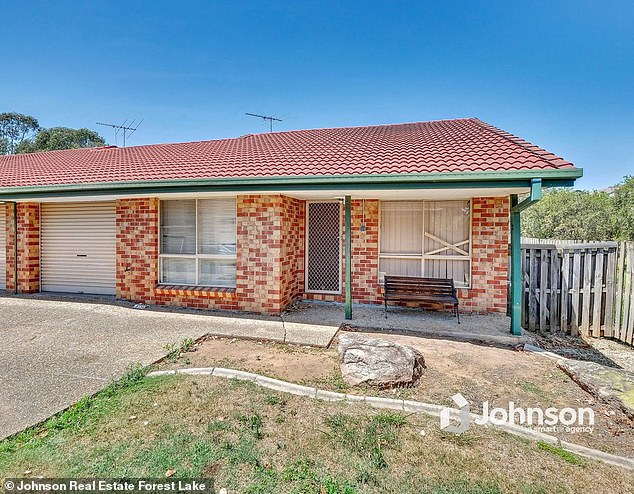 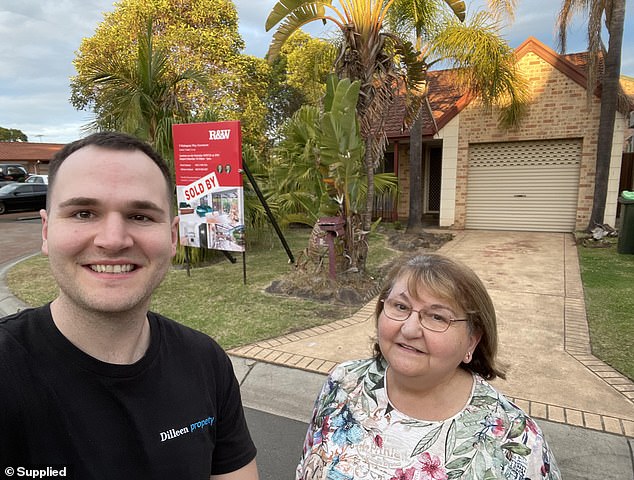 He has previously splashed on a $875,000 property in Sydney for his mother (pictured)

Mr Dilleen quickly wanted to buy more investment properties and eventually be able to live off the rental income.

Rather than following the ‘old school mentality’ of paying off the initial loan first, he decided to leverage the capital gains and bought his second property at 21.

‘I realised there’s another way instead of paying one property off – it’s all about looking at the long-term gain,’ he said.

Mr Dilleen explained that if he focused on paying off the loan on the first property quickly, he’d be left with the income of a single investment – not enough to live off.

‘It’s about the scalability – instead of paying it off, why not use the funds to buy more investment properties?’ he said.

‘For example, instead of putting in $30,000 a year into the investment, that could be used to buy another property.’

Mr Dilleen has just written his first book 30 properties before 30, which shares his tips and tricks for investing in property. 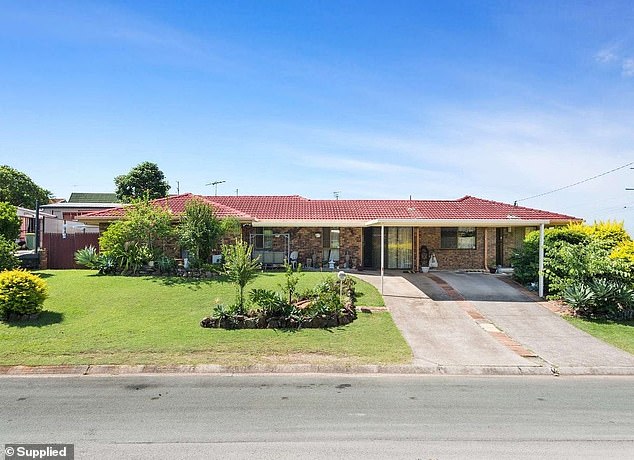 Some of Mr Dilleen’s purchases during Covid include a $437,000 duplex in Brisbane (pictured)

What to consider when buying an investment property:

Start small and get in as soon as you can

Buy a property with a high-yield return