Time’s running out: The FCA’s advert, which features a model of Arnold Schwarzenegger, urges claims to be registered by August 29

In a last-minute dash for cash, banks are bracing themselves for a wave of claims for mis-sold payment protection insurance — better known as PPI.

Households have just one month left to make a PPI claim with their bank or credit provider. And with the clock ticking, PPI sharks have ramped up their campaign to get a chunk of your money.

Since January 2011, £35.7 billion in compensation has been paid out to families, the Financial Conduct Authority (FCA) says.

Around 64 million PPI policies were sold in the UK, mostly between 1990 and 2010, according to the regulator.

The cover was commonly issued alongside loans, including mortgages, credit cards and credit agreements for furniture purchases or car finance, for example. The insurance was meant to cover your repayments if you were made redundant, or couldn’t work because of accident, sickness, disability or death.

But it was often given to people who were ineligible to use the cover, or added to the cost of their debt without their knowledge.

As the cut-off date of August 29 looms, claims sharks are circling, bombarding us with TV adverts, cold calls and unwanted text messages urging you to contact them with your PPI claim.

Claims management companies promise to take the hassle out of searching for any PPI policies you have been mis-sold, in exchange for a share of your compensation.

They work on a no-win, no-fee basis. But if you are entitled to money back, their charges can you leave you out of pocket.

Until May 2018, when commission was capped at 20 pc plus VAT, some claims sharks were holding on to up to 40 pc of your money.

Complaints website Resolver has received hundreds of emails from households who contacted a claims company in the first instance, but after receiving no help, ended up chasing the claim themselves. On winning a payout, they were shocked to receive a bill from the claims firm demanding a cut.

Experts say families should not fall for the hype: using a claims manager doesn’t save you time, as they ask for the same information as your bank, and they don’t improve your chances of success. It is just as easy and quick for families to make their own claim — and it is free.

Here is Money Mail’s guide to claiming compensation for free before time runs out:

How do I check if I have PPI?

If you have your loan agreement or old statements, you may spot words such as protection plan, loan care, or ASU (Accident, Sickness and Unemployment). It may also show up on credit card statements as a separate payment.

But often the insurance premium was rolled up into the original loan amount so it is impossible to find.

How was it mis-sold?

If you were unemployed, self-employed or retired when you took out the loan, you should not have been sold the policy. If you suffered from a medical condition that would stop you from working, you should have been advised you were unlikely to be eligible to claim under the policy.

Other reasons include being given no choice to take the loan without PPI or not being told it was included in the cost of your credit. You may have exceeded the upper age limit of 65 or 70 when the policy was issued, or not have been asked if you already had your own adequate cover. You may also suspect that the seller added the PPI to the agreement without your consent. 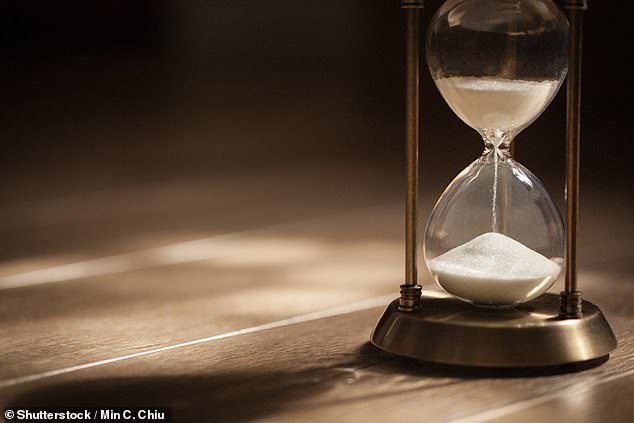 As the cut-off date of August 29 looms, claims sharks are circling, bombarding us with TV adverts, cold calls and unwanted text messages

I can’t find the paperwork

If you are unsure whether you were sold PPI or cannot find your original paperwork, contact the firm you think may have sold you the policy directly. You will need to tell them your name, date of birth, your current address and the one you lived at when you took out the loan, if you can remember.

You also need to tell the provider approximately when you think you took out the loan. The firm will investigate if you had a policy with it. The FCA provides an A to Z service on its website (fca.org.uk/ppi/how-to-check) of providers that have received the most complaints. It supplies links to banks’ online PPI checking tools and ways to contact them by phone or post to complain. You can also use the tools on Resolver’s website, resolver.co.uk/rights-guide/ ppi-reclaim.

How long does it all take?

Firms are allowed to take up to eight weeks to check whether you had a policy with them, but this will cause you to miss the deadline, so if there is a chance you had a policy, skip this part of the process and begin your complaint. Because time is running out before the deadline, some firms have agreed to raise a complaint on your behalf if they locate a PPI policy for you. However, not all providers are doing this, so make sure that you check.

Use our template PPI letter to claim for free

[Your name and address]

I am writing in relation to the above payment protection (PPI) policy which I believe was mis-sold to me.

I believe you have not treated me fairly for the following reasons; [Enter reason. Examples include:

* The PPI was added without my knowledge.

Unless you can prove that the policy was fair and reasonable and that I was treated fairly when I was sold the insurance, I demand a full refund of all premiums, and subsequent interest on these payments, that I have paid in relation to this policy.

I also expect 8 pc interest to be added to each payment I have made as this is the statutory amount a court would pay.

I look forward to your full and prompt response to this letter.

If this matter is not settled within eight weeks of this letter I shall be contacting the Financial Ombudsman to investigate my complaint.

If you had a policy and were unhappy with how it was sold, you can complain directly to them. You can use our template letter (thisismoney.co.uk/reclaim-ppi) to send to the financial institution with which you had a policy. Or if you prefer to complain online or over the phone, the FCA’s website has a list of the most commonly complained about firms and their contact details.

Can I claim for the deceased?

If you have the legal authority to do so, you can claim PPI compensation on behalf of a deceased person. If there is a will, as the executor you will need to show the bank the Grant of Probate. If there is no will, the administrator will need to produce the Letters of Administration.

If the estate is worth less than £5,000 in England, Wales and Northern Ireland, or £36,000 in Scotland, the next of kin will have to show the bank proof of their relationship with the deceased and evidence that it was a small estate.

I’m not happy with the decision

The business has up to eight weeks to respond to your complaint. After receiving the final response, if you are not happy, you have up to six months to take the complaint to the Financial Ombudsman Service. The Ombudsman typically takes around nine months to resolve any complaints.

You can contact them by phone on 0800 023 4567, or write to them at Exchange Tower, Harbour Exchange, London E14 9SR; or complain online at financial-ombudsman.org.uk/contact-us/ complain-online.

How can I stop nuisance calls?

Ask the firm in question to stop contacting you. If they continue to do so, you can then report them to the ICO. You can also sign up to the Telephone Preference Service using your landline or your mobile phone number to prevent nuisance calls.

The ICO can impose fines of up to £500,000 on firms who call people on this list. An ICO spokesman said: ‘Nuisance calls and texts made by rogue operators blight people’s lives. It’s our job to take action against firms that break the law.

‘We rely on the public to report calls and texts to our website, so that we can track down illegal operators, but people can also protect themselves.

‘Be careful when ticking boxes so that you don’t give consent for companies to contact you or to use your information.’