How to prevent racial bias in kids, a psychologist reveals

Psychologists and other social scientists have had difficulty finding effective ways to counter it – even among people who say they support a fairer, more egalitarian society.

One likely reason for the difficulty is that most efforts have been directed toward adults, whose biases and prejudices are often firmly entrenched.

My colleagues and I are starting to take a new look at the problem of racial bias by investigating its origins in early childhood.

As we learn more about how biases take hold, will we eventually be able to intervene before any biases become permanent?

When psychology researchers first began studying racial biases, they simply asked individuals to describe their thoughts and feelings about particular groups of people.

A well-known problem with these measures of explicit bias is that people often try to respond to researchers in ways they think are socially appropriate.

Starting in the 1990s, researchers began to develop methods to assess implicit bias, which is less conscious and less controllable than explicit bias.

The most widely used test is the Implicit Association Test, which lets researchers measure whether individuals have more positive associations with some racial groups than others. However, an important limitation of this test is that it only works well with individuals who are at least six years old – the instructions are too complex for younger children to remember.

Recently, my colleagues and I developed a new way to measure bias, which we call the Implicit Racial Bias Test. This test can be used with children as young as age three, as well as with older children and adults. This test assesses bias in a manner similar to the IAT but with different instructions.

Here’s how a version of the test to detect an implicit bias that favors white people over black people would work: We show participants a series of black and white faces on a touchscreen device. Each photo is accompanied by a cartoon smile on one side of the screen and a cartoon frown on the other.

The difference in the amount of time it takes to follow one set of instructions versus the other is used to compute the individual’s level of implicit bias. The reasoning is that it takes more time and effort to respond in ways that go against our intuitions.

Do young children even have racial biases?

Explicit racial biases have been documented in young children for many years. Researchers know that young children can also show implicit bias at the earliest ages that it has been measured, and often at rates that are comparable to those seen among adults.

Some studies suggest that precursors of racial bias can be detected in infancy. In one such study, researchers measured how long infants looked at faces of their own race or another race that were paired with happy or sad music. They found that 9-month-olds looked longer when the faces of their own race were paired with the happy music, which was different from the pattern of looking times for the other-race faces. This result suggests that the tendency to prefer faces that match one’s own race begins in infancy.

These early patterns of response arise from a basic psychological tendency to like and approach things that seem familiar, and dislike and avoid things that seem unfamiliar. Some researchers think that these tendencies have roots in our evolutionary history because they help people to build alliances within their social groups.

However, these biases can change over time. For example, young black children in Cameroon show an implicit bias in favor of black people versus white people as part of a general tendency to prefer in-group members, who are people who share characteristics with you. But this pattern reverses in adulthood, as individuals are repeatedly exposed to cultural messages indicating that white people have higher social status than black people. 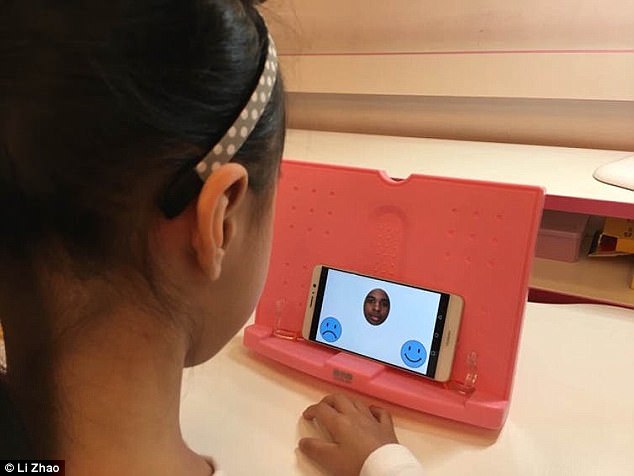 A new approach to tackling bias

Researchers have long recognized that racial bias is associated with dehumanization. When people are biased against individuals of other races, they tend to view them as part of an undifferentiated group rather than as specific individuals. Giving adults practice at distinguishing among individuals of other races leads to a reduction in implicit bias, but these effects tend to be quite short-lived.

In our new research, we adapted this individuation approach for use with young children. Using a custom-built training app, young children learn to identify five individuals of another race during a 20-minute session. We found that five-year-olds who participated showed no implicit racial bias immediately after the training.

Although the effects of a single session were short-lived, an additional 20-minute booster session one week later allowed children to maintain about half of their initial bias reduction for two months. We are currently working on a game-like version of the app for further testing. 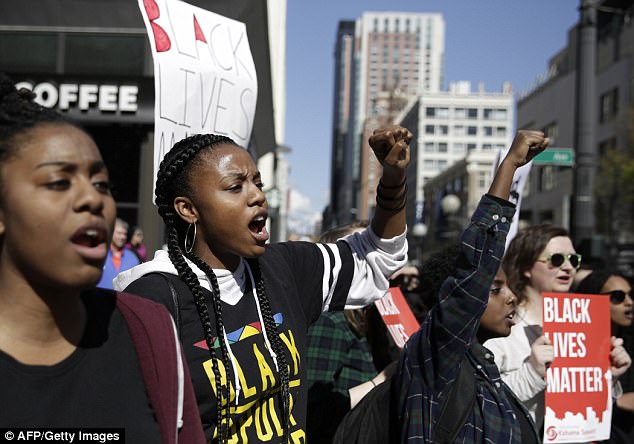 People carry signs and march at a Black Lives Matter protest in Seattle, Washington on April 15

Only a starting point

Although our approach suggests a promising new direction for reducing racial bias, it is important to note that this is not a magic bullet. Other aspects of the tendency to dehumanize individuals of different races also need to be investigated, such as people’s diminished level of interest in the mental life of individuals who are outside of their social group. Because well-intended efforts to reduce racial bias can sometimes be ineffective or produce unintended consequences, any new approaches that are developed will need to be rigorously evaluated.

And of course the problem of racial bias is not one that can be solved by addressing the beliefs of individuals alone. Tackling the problem also requires addressing the broader social and economic factors that promote and maintain biased beliefs and behaviors.