How to recession-proof your portfolio

At the risk of stating the obvious, recessions rarely bring good news for investors. When the economy tumbles, stock markets inevitably go with it, leaving a dent in portfolios.

During the UK’s last major recession back in 2008, the FTSE All Share lost nearly 20 per cent across 15 months — remaining below pre-crash levels until 2011.

So news that the Bank of England is now forecasting another 15-month recession — lasting throughout next year — won’t have been taken lightly by investors.

The bank’s gloomy predictions about a clobbering of household finances will be particularly toxic for the FTSE 250, which depends on discretionary spending.

At the same time, similar headwinds are ravaging the US market, where persistent inflation has exposed the weakness of the Covid recovery.

While the Biden administration continues to insist that strong job numbers mean the economy isn’t declining, markets aren’t convinced, with the S&P 500 (the stock market index tracking the performance of 500 large companies listed on exchanges in the United States) down 14 per cent this year.

But does a downturn always have to be bad news for investors, or are there ways you can get ahead of the curve?

The Israeli-based investment platform eToro — a popular app for higher-risk traders — has been digging into the shares that managed to beat the last big crash.

Its analysts studied companies on both sides of the Atlantic. On the FTSE, it found ten stocks that beat the market by 35 percentage points during the recession period.

In the US, eToro found 15 firms that outperformed the S&P 500 by an impressive 65 percentage points, such as McDonald’s, toy and board game company Hasbro, discount retailer Dollar Tree, and chocolate brand Hershey’s.

Reassuringly for investors, the data backs up what has long been common wisdom when it comes to navigating difficult markets.

When the economy is tightening its belt, investors have typically flocked to consumer essentials — and not without reason. The likes of Diageo (owners of booze brands such as Guinness and Smirnoff) and Unilever have long been seen as a safe haven in a storm.

In the UK, the pattern seems to be repeating itself. Premier Foods, Biffa and AstraZeneca are all up this year (1.75 per cent, 11.38 per cent and 26.43 per cent respectively).

As ever, though, investors ought to be wary of assuming that yesterday’s winners will be tomorrow’s portfolio darlings.

In the years since the Great Financial Crash, our society has changed dramatically — and so, too, have the kinds of companies we consider essential.

Stephen Yiu, one of the UK’s best-known tech investors and manager of the LF Blue Whale Growth Fund, says: ‘In this kind of market, we are looking for ‘unavoidable businesses’ — with incomes as reliable as a tollbooth — that are also benefiting from structural growth drivers.’

For this reason, Blue Whale has increased its exposure to Microsoft, Visa and Mastercard, while selling off more market-dependent tech holdings such as Alphabet (Google).

Mr Yiu believes this rejigged portfolio will strengthen his fund’s performance throughout the upcoming recession — as well as the eventual recovery. But investors also need to be aware of questions surrounding the nature of this recession, which may shape what happens next.

‘There are several differences between this recession and the 2007/08 financial crisis which make direct comparisons tricky,’ says Adrian Lowery, an analyst with UK wealth manager Evelyn Partners.

‘This time, things are going in the opposite direction, with bankers seeking to rein in inflation and wind down their long-running stimulus programmes.’

The impact of this gear change, reversing more than ten years of money printing, remains to be seen. 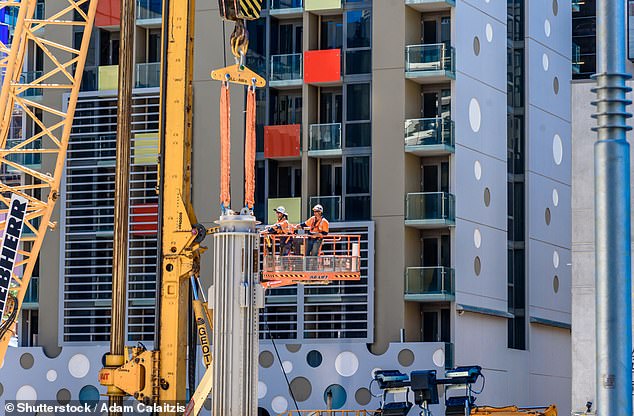 Adrian Lowery, an analyst with Evelyn Partners, picks infrastructure as a sector to watch — not least because of its resilience against both high inflation and falling demand

Given the uncertainty, Mr Lowery picks infrastructure as a sector to watch — not least because of its resilience against both high inflation and falling demand.

Neither has produced dynamite returns over the past five years (turning £10,000 into £11,000 and £10,500 respectively), but Mr Lowery believes that may change when things go south.

And how should investors approach the rest of their portfolios, which have almost certainly lost momentum of late?

Among experts, the consensus is clear: don’t rush into decisions you may regret later. ‘Investors will endure many downturns in their lifetime, so you need a strategic approach over the long run,’ says Vanguard’s James Norton.

What’s more, he says, the odds are overwhelmingly in favour of those investors who stay the course — even during a recession.

Investors who panic sell could end up crystallising their losses, and snapping up other assets (such as gold or infrastructure) just as they hit their peak. The short-term horizon may look stormy. But be careful about assuming it’s the right time to change direction.