How to save money at Coles and Woolworths: Mum shares how to feed family of five for $100

As inflation and the cost of living increases in Australia, a mum-of-three has shared how she’s reducing her family’s grocery bill without sacrificing meal size or taste.

Lee Dias, from the south coast of New South Wales, budgets frugally to feed her family-of-five (herself, her husband, their five-year-old daughter and one-year-old twins) and shares inexpensive go-to meals with thousands on Instagram.

The 38-year-old told FEMAIL she allocates $160 per week for groceries, but often only spends $100. The average cost of groceries per week for a family-of-four in Australia is $192.

She always avoids shopping week-to-week, checks the pantry before going to the supermarket and uses less meat.

Feeding a family of two adults and three kids can be challenging at times, but Ms Dias has a passion for food and shops at numerous leading supermarkets for the best deals.

Lee Dias, from the south coast of New South Wales, budgets frugally to feed her family of five and shares inexpensive go-to meals with thousands on Instagram 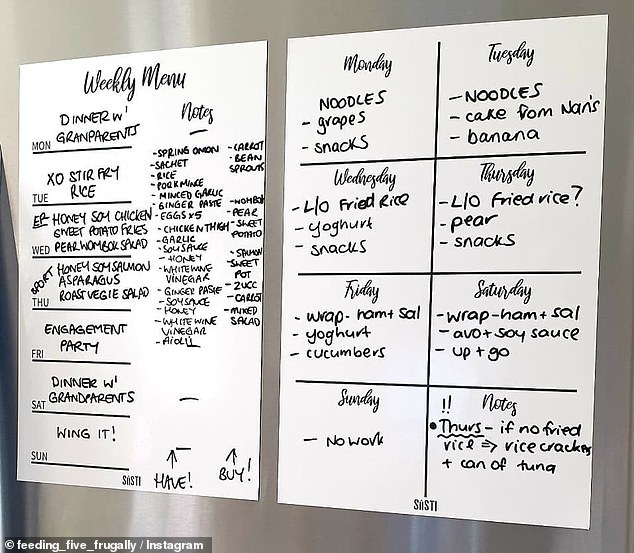 Ms Dias’ ‘biggest budgeting tip’ is to avoid visiting the supermarket every week and buy items that are on special.

‘Try buy multiple items when they are on sale and keep a little stockpile at home to get you through until it goes on sale again,’ she said.

‘If something you use goes on half-price-sale, buy a few. It can take a little time to build a stock pile, but doing a little each week will help build that pantry and freezer stock.’

1. Cut back on meal delivery services by walking to get takeout or meal prep and ditch the takeout entirely.

2. Rather than having multiple streaming services at once, subscribe and binge one service every three months.

4. Automatically transfer money to a savings account each month to pay off credit card bills before they rack up interest.

5. Find and download apps  that round up each transaction you make and automatically transfer it into a savings account.

6. Purchase normal household items where they are cheaper, which can be found by an internet search. For example, Chemist Warehouse sells cleaning products for much cheaper prices than supermarkets.

7. Holiday closer to home rather than paying fuel costs for a long trip.

Ms Dias also opts to use less meat to feed her family, which she says is better for their health, budget and the environment.

‘We love our food, and love meat, so we just reduce the amount in each meal,’ she said.

For example, rather than buying chicken thighs and cooking the entire packet, she divides the amount into smaller servings then freezes it for another date.

As the price of groceries is skyrocketing due to inflation, Ms Dias suggests trying new recipes using similar ingredients.

‘It reduces wastage if you don’t need the whole pack for one recipe, and it can reduce the grocery bill by buying things in bulk,’ she said. 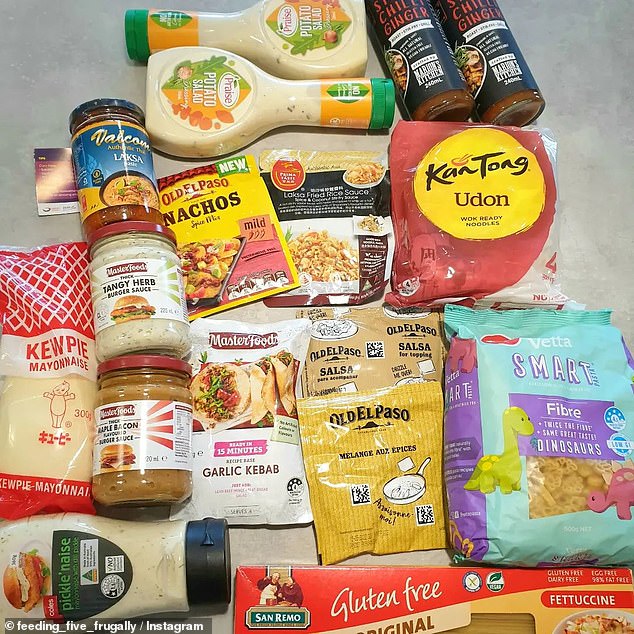 Feeding a family of two adults, one child and two twin babies can be challenging at times, but Ms Dias has a passion for food and shops at numerous leading supermarkets for the best deals 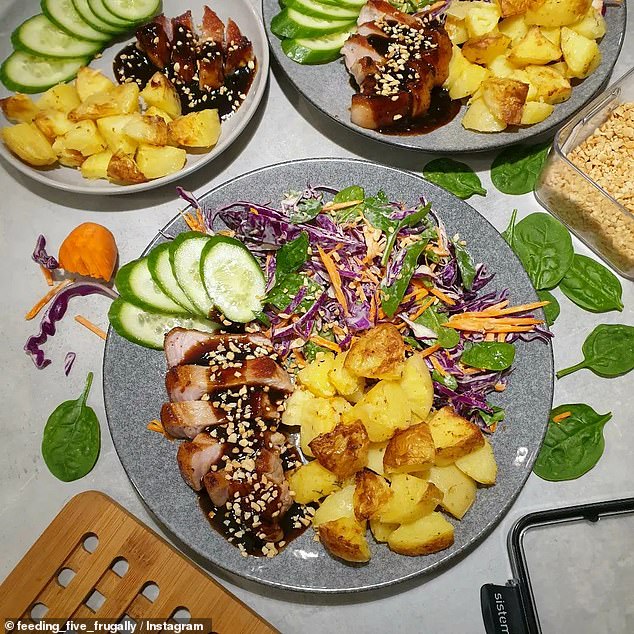 When her family expanded from three to five, Ms Dias decided to become a stay-at-home mum, reducing the income to one salary. Like thousands of other families, she’s worried about the rising cost of living

How to make Chicken Pad Thai for $10:

1. Followed the instructions on the box. Added an extra egg

Note: The meal kits say it serves four, but is perfect for two adults and one child

Like thousands of other families, Ms Dias is worried about the rising cost of living.

When her family expanded from three to five, she decided to become a stay-at-home mum, reducing the income to one salary.

‘The biggest hit for us recently has been the rise in mortgage repayments, soaring fuel prices, and grocery price increases,’ she said.

‘I am having to rely on the freezer and pantry stockpile more and more, but as I do that, it will slowly run down, without me having the ability to shop the specials to keep it at a good sustainable level. 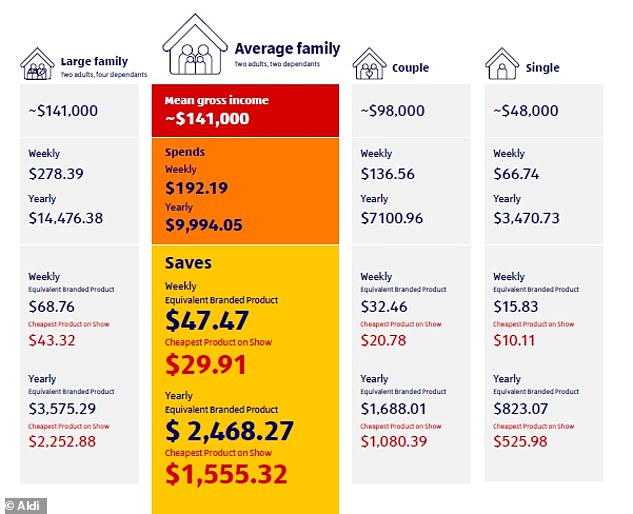 A report from Aldi found that the average family was spending $192.19 on its weekly grocery haul

How to make pork loin with satay and rice:

$9.30 total for three and two serves of rice for the babies

1. Cook rice as per packet instructions (I use absorption method) with a stock cube added to the water

2. In a fry pan, medium heat with a splash of olive oil, cook pork loin steaks, seasoning with a little salt on each side. When cooked through, allow to rest on plate.

4. In a medium pan, drizzle some olive oil and cook diced onion and diced capsicum until soft. Then add liquid mixture and turn to low heat. Let simmer until thickens.

5. To plate, divide rice between plates, top with sliced pork loin, and sauce mix. Place sliced cucumber, and grated carrot on the side.

6. Garnish with coriander, and coconut and satay seasoning.

‘If it continues, I’ll need to explore different meal options, and reduce the grocery bill more and more to get by.’

A report recently found almost all (98 per cent) Aussie grocery shoppers have noticed an increase in the overall cost of items like petrol, groceries and household bills compared to previous years, with over four in five (81 per cent) concerned about the affordability of living costs in the next year.

In fact, Aussies are most worried about grocery affordability (51 per cent) second only to petrol (59 per cent).

Surprisingly, only one in 10 (9 per cent) of Australians have switched supermarkets as a strategy to save money despite statistics showing shopping at multiple stores is the best method for saving.