How to see Copenhagan in 48 hours

The sparkling Danish capital is one of the top Scandinavian destinations.

It’s renowned for its royal palaces, Viking history, gorgeous, colourful houses and, of course, the enduring appeal of a certain little mermaid.

Here’s how to see the best bits in 48 hours…

The perfect start to your visit is a canal tour – a one-hour circuit is free with a money-saving Copenhagen Card. Depart from Nyhavn and drift past landmarks such as the Amalienborg Palace, home of Denmark’s royal family.

Striking new buildings, including the Copenhagen Opera House, the Black Diamond library and student accommodation made from freight containers, line the waterfront.

Take a quick diversion through Freetown Christiania, a car-free neighbourhood, and coast up to one of the biggest tourist attractions on the planet. Big crowds will be admiring the Little Mermaid statue from the land, but you get the best view from the water. 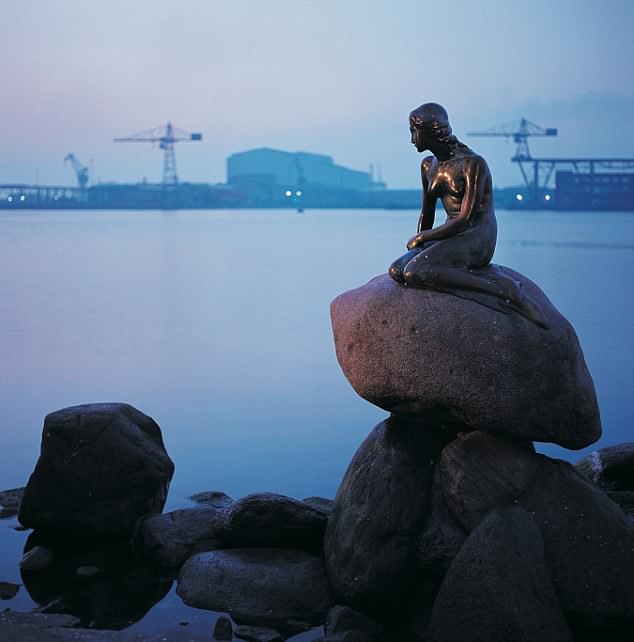 Rock star: The Little Mermaid statue is actually best viewed from the water

Afterwards, linger over coffee and pastries, or delicious smorrebrod (open sandwiches), in the Design Museum’s Klint cafe. The best of Danish design is on display – from porcelain to 1970s B&O audio equipment and the Danish chair, in many variations.

Head to Central Station for the short train trip (22 minutes) to the town of Roskilde for the Viking Ship Museum. Viking craft were burnt with their heroes, but some had a more enduring use. Five worn-out vessels were sunk in the mouth of the fjord leading to the town, in about 1100, to thwart invaders. The vessels were recovered in 1962 and the impressive museum displays their remains. The star is Skuldelev 2, one of the biggest Viking longships – it was built in Dublin, then a Viking outpost, in 1042.

On your return to Roskilde station, visit the massive medieval cathedral where kings Harald Bluetooth and Sweyn Forkbeard, conqueror of England, are buried. End the afternoon at Copenhagen’s modern Torvehallerne market (stay on the train to Norreport station) for afternoon tea in one of the independent cafes. 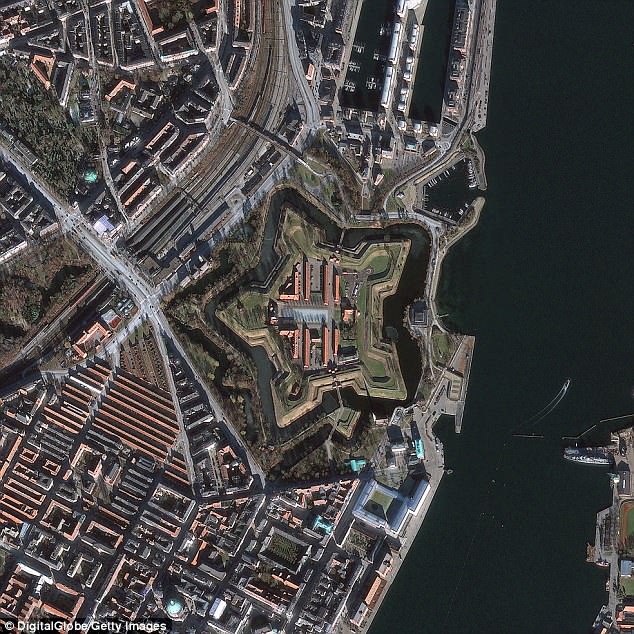 A satellite image of Kastellet, the star-shaped 17th Century fortress that towers above the Little Mermaid 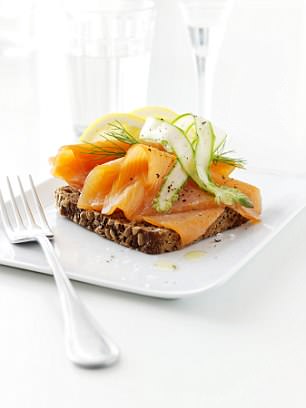 Then take a stroll back to your hotel via the Tivoli Gardens and the tight terraces of houses in the old centre, their facades painted in a kaleidoscope of colours. Try Larslejsstraede and Nybrogade for some of the brightest. In the evening, try Cock’s & Cows on Gammel Strand for some of the best burgers in town (cocksandcows.dk).

The Meatpacking District in Vesterbro around Central Station, once edgy and rough, has now been transformed with smart restaurants, nightclubs and art galleries. Leading the pendulum swing to gentrification is the bright, refurbished Andersen Hotel (andersen-hotel.dk/en), a five-minute walk from the platforms and four stops from the airport.

Find time for a cinnamon bun with organic chocolate, or full brunch (avocado with chilli oil and baked almonds) at Mad & Kaffe (madogkaffe.dk), voted Copenhagen’s best cafe in 2015. Then stroll around one of the city’s many grand parks, maybe the Botanical Garden and the adjoining Ostre Anlaeg, location for the National Gallery of Denmark, or head to Kastellet, the star-shaped 17th Century fortress which towers above the Little Mermaid.

Cycle hire is an option here, although you may prefer to walk around the compact city centre or take the free underground with a Copenhagen Card.

Take the train to Rungsted Kyst station from Copenhagen (30 minutes, free with the Copenhagen Card) and take the 15-minute walk to the perfectly preserved house of Karen Blixen.

Blixen loved a continent, Africa; and a man, Denys Finch Hatton. Meryl Streep plays Blixen memorably in the film Out Of Africa, up to the point where she returns home in 1931, her coffee business in ruins and her lover (Robert Redford) dead in a plane crash. Blixen died in 1962 but her story is told in the museum in her house.

If there’s time, take the train on to Helsingor, for ever linked to Hamlet’s castle.

Dining in Copenhagen is expensive, but if you are planning one memorable, celebratory meal, head for Restaurant Mielcke & Hurtigkarl – the dishes are simply works of art. But be warned: competition for tables is fierce, so make sure you book well in advance (mhcph.com).

The restaurant is in a converted 1744 orangery on the edge of the Royal Danish Horticultural Society’s Frederiksberg Gardens.

British Airways (ba.com) offers return flights from Heathrow to Copenhagen from £69. Rooms at the Anderson Hotel start at £140 B&B. For more information, go to visitcopenhagen.com.