How to spend 48 hours in Amman, Jordan

Like Rome, the historic city of Amman was built on seven hills, or ‘jabals’, but now the suburbs in the capital of Jordan encompass at least 19.

The city is a fascinating jumble of old and new, where souks rub shoulders with shopping malls, traditional coffee shops with takeaways, and Roman ruins with residential developments.

Amman is also a perfect base from which to explore the wonders of Petra, Wadi Rum, Jordan Valley and the Dead Sea. And with direct flights from the UK taking just over five hours, it’s ideal for a city break in its own right. If you arrive on a Friday, be aware that museums and shops can close early, although most supermarkets and stores remain open.

City of contrasts: The quiet of the beautifully restored, 6,000-seat Roman theatre

Royal Jordanian and British Airways flights both depart late afternoon from Heathrow and touch down at about midnight.

It’s a 30-minute drive from Queen Alia airport to central Amman. The W Amman hotel, in the cool Abdali district, has 280 rooms with bold designs and skyline views.

The intriguing entrance takes guests through a re-creation of the Siq (gorge) leading to Petra. A cocktail bar next to reception should help to ease the check-in process and there may even be time to venture out to experience the nightlife.

Start the day with a swim in the outdoor pool or a yoga class on the hotel helipad before breakfast.

A good place to begin any city tour is the ancient Citadel (touristjordan.com/amman-citadel), which offers views from the highest hill, Jabal Al Qala. Wandering around ruins dating from the Bronze and Iron Ages, you’ll discover remains of the Roman Temple of Hercules and Umayyad Palace.

Walking down from the Citadel into the capital’s chaotic streets, a beautifully restored, 6,000-seat Roman theatre offers a quiet oasis. Open-air concerts are held there in the summer.

After leaving the theatre, you’re soon back in the 21st Century, with traffic, kebab stalls and crowded souks in a labyrinth of alleyways. Foodies will love the exotic fresh fruit and veg stalls, as well as the coffee and spice shops where the aromas are intoxicating. 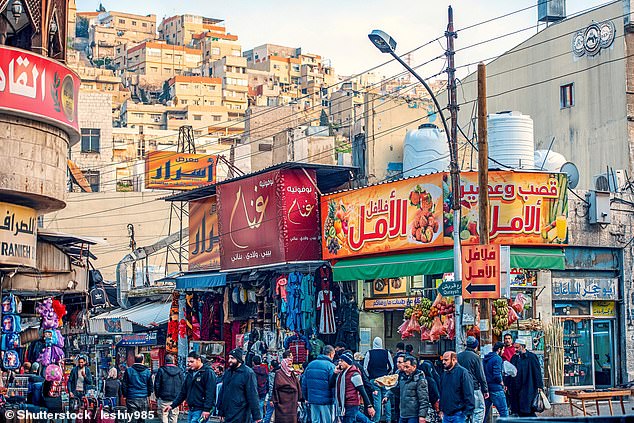 Step away from the bustle of Amman’s famous Rainbow Street into the sanctuary of Sufra, one of the best restaurants in the city, set in a renovated villa.

Enjoy a meze of dishes such as fattet hummus (the Jordanian version is usually made with meat), falafel and pistachio ice cream in the cool indoors, or out in the dappled courtyard garden.

Rainbow Street is colourful in name and nature and an idyllic area to browse, thanks to its many shops and boutiques. The Jordan River Foundation, a project dedicated to providing local women with stable employment, sells beautiful handicrafts. Meanwhile, the Wild Jordan Centre has one of the best views of the Citadel and Jordan’s giant flag from its cafe.

There’s no better experience than at the Beit Sitti (‘grandmother’s house’) cookery class (beitsitti.com). The quaint villa in one of Amman’s oldest neighbourhoods has been kept in the family by three enterprising granddaughters, who teach guests how to prepare an Arabic meal.

Our host Maria soon got everyone lending a hand, from chopping garlic and cucumber to barbecuing aubergines above hot coals and adding herbs such as mint and spices such as sumac.

Everyone then sat down to enjoy the delicious results in a four-course dinner (bring your own wine).

Walk or take a ten-minute taxi ride to the nearby Jabal al Lweibdeh neighbourhood in the cultural heart of Amman, home to galleries, museums and historic buildings.

The Jordan National Gallery of Fine Arts (nationalgallery.org) showcases the best of Middle Eastern art, housed in two buildings and separated by a sculpture park. Don’t miss the temporary exhibitions in the first gallery or the contemporary outdoor works before taking a break at the charming rooftop cafe in the second museum, where the permanent collections are displayed. 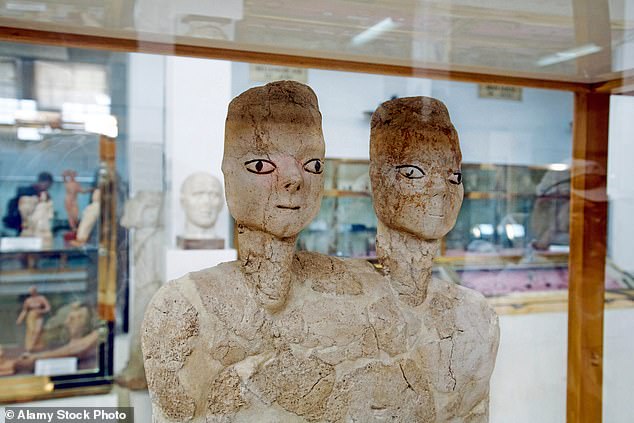 Have lunch in Jafra Cafe’s cavernous dining hall or on the sunnier terrace, enjoying incredible food made for sharing. There are plenty of vegetarian options such as tabbouleh and fattoush, but meat- lovers shouldn’t miss Jordan’s national dish, mansaf (lamb cooked in yogurt and served with aromatic rice and topped with paper-thin Bedouin bread).

Even though Jordan is predominantly a Muslim country, alcohol is widely available, even during Ramadan when liquor stores are closed. When alcohol isn’t available in restaurants, fresh juices featuring mint and lemon make for refreshing alternatives.

Much more affordable than alcohol, the most popular local drinks are tea, mint tea and Arabic coffee, the latter served strong, sweet and flavoured with cardamom. The coffee houses tend to be frequented by men who also enjoy shisha pipes.

Historians will feel drawn to the Jordan Museum (jordanmuseum.jo/en), where incredible artefacts include one of the two-headed Ain Ghazal Statues, the oldest carvings of human figures in the world, dating back nearly 10,000 years; the Dead Sea Scrolls, one inscribed on a copper sheet; and Nabataean exhibits from the ancient city of Petra.

Return to the Citadel or head to a rooftop terrace bar such as Cantaloupe or Sekrab on Rainbow Street at sunset to enjoy the panorama in rosy hues as the city quietens down, lulled by the call to prayers.

TravelLocal (travellocal.com) connects travellers with tour operators providing authentic experiences. A three-night break to Amman with TravelLocal costs from £670pp, including accommodation at the five-star W Amman (starwoodhotels.com), all excursions including a cooking class, transfers, a driver and guide. Direct return flights from Heathrow to Amman cost from £345. Double rooms on a B&B basis at W Amman cost from £120 per night. For more information on the country, see visitjordan.com.