How to spend 48 hours in Dubrovnik, Croatia

You don’t have to be a Game Of Thrones fan to appreciate the medieval magic of Dubrovnik – the setting for much of the TV series – but the dramatic connection did seem to delight a surprising number of grown men I saw brandishing toy swords around the city’s Jesuit Stairs.

In real life, the Croatian coastal city has also seen more than its fair share of violent drama – Crusaders, Slavs, pirates and, in 1991, the Yugoslav People’s Army have all tried to make it their own.

Residents are resilient, generous hosts and the area’s pristine Dalmatian shoreline is a real gem, with water so clear you can often see to depths of 50ft or more. Here’s how to make the most of the unique city in just 48 hours.

Dramatic vista: The walled city of Dubrovnik with its clear waters

Chill out first, with a pre-breakfast swim just steps from your room in Dubrovnik’s most scenic hotel, the newly refurbished Hotel Bellevue (adriaticluxuryhotels.com/en/hotel-bellevue-dubrovnik). Rooms overlook the marbled Dalmatian coast of the Adriatic Sea and it’s hard to believe that Dubrovnik’s protected city walls are just a ten-minute stroll away.

Then head off to the hilly Milos vineyards (milos.hr), 45 minutes away between Prapratno cove and Ponikve village. The area’s signature white grape, Malvasia (think sauvignon blanc), suggests honey and apple skins, and the wine is made using the Slovenian method of macerating the grape skins in their own juice.

Nearby Ston is well worth a visit. Its impressive 15th Century walls are the longest in Europe and were built to protect the town’s precious salt pans and oyster beds.

To get there, hire a car for the day or take one of the many excursions from Dubrovnik. In Ston, take a boat from the harbour to one of the oyster farms (malistonoysters.com from £36, minimum two people). Oysters need a specific balance of sea and freshwater and are grown on long sheets of plastic netting, then painstakingly glued to individual lines with cement.

Enjoy a relaxed lunch of oysters (what else!). The locally grown ones are reputedly the meatiest on the Dalmatian coast, and go down a treat seasoned with local sea salt flakes and dressed with a squirt of lemon picked straight from the tree and a dash of local olive oil. 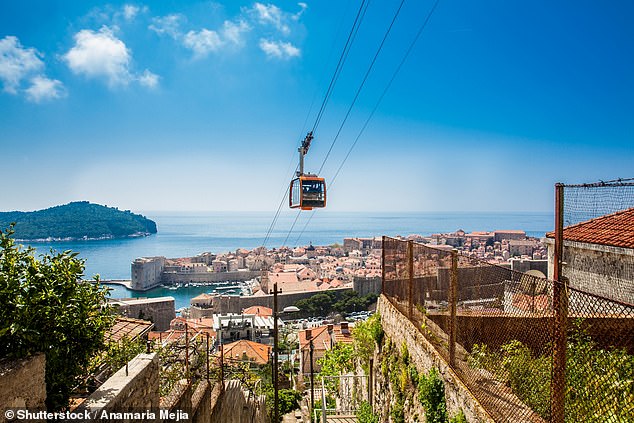 Take the cable car to the summit of the 1,350ft Mount Srd, recommends Sarah Siese

Once the daytime temperatures have abated back in Dubrovnik, take the cable car to the summit of the 1,350ft Mount Srd, a key battleground during the 1990s Yugoslav civil war (dubrovnikcablecar.com, £20). From here, the fortified city looks like a Lego scale model with rigid grids clearly marked and the islands of Lokrum and Elafiti filling the horizon.

Having descended, stroll around the stone-built city, one of the most beautiful in the world.

An important maritime port and a one-time state, it has always been a cultural metropolis attracting artists, writers and scientists whose works are woven into the texture of the town. 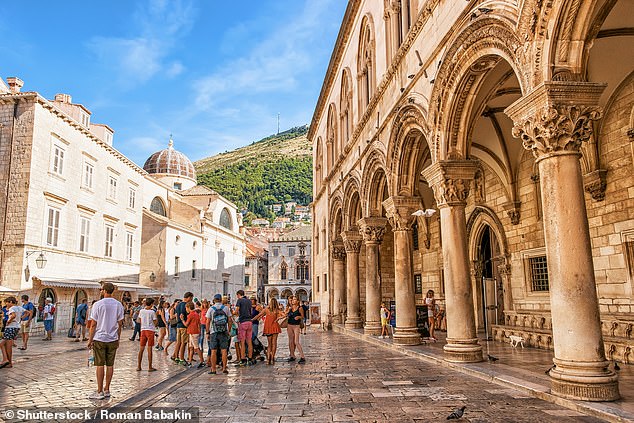 Dripping with history: Limestone-paved Stradun main street is the heart of the stunning Old Town

The city wall takes an hour to circumnavigate with various museums along the way. Paved with limestone, the pedestrianised Stradun – the main street in the Old Town – is lined with shops and restaurants. Pop into the Dominican monastery (dubrovnikcity.com), off a narrow passageway behind the Sponza Palace – it was built in 1301 against the city wall to strengthen its north-eastern flank, and visitors flock to its pharmacy to buy a prized pot of krema od ruza (cream of roses). End your walk at dusk, when aerobatic swifts flock to the main square obligingly eating all the mosquitoes, and step across to Posat for a fine-dining experience (posatdubrovnik.com). Mains start from £22, with a three-course meal about £42pp. 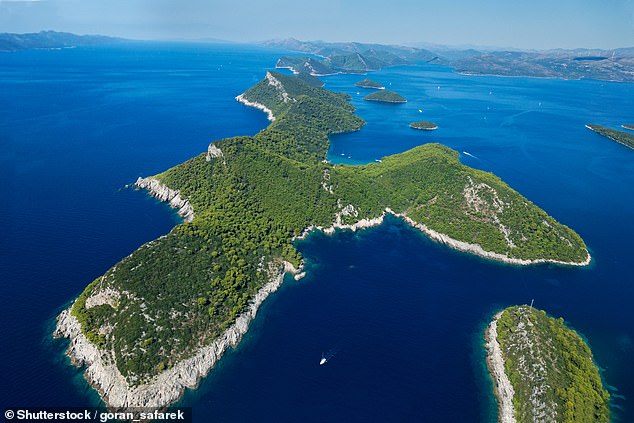 Explore: The Elafiti Islands, above, are an archipelago of 13 islands

Of more than a thousand islands along this coast, only 40 are inhabited and all beaches are public. Take a ten-minute taxi ride to the port for a boat trip around the Elafiti Islands, an archipelago of 13 lovely islands (als.gva.hr/services, from £650 for a private yacht for six). Stop for a sumptuous five-course lunch and siesta on the island of Sipan in your own cabana at Bowa (bowa-dubrovnik.com) before returning across the placid seas.

After returning in the late afternoon, book a pre-dinner wine tasting with the hotel’s Vapor restaurant sommelier (£27pp) to explore more wines created from the region’s 25 indigenous grapes. The one that really stood out was Krauthaker Kuvlakhe, a native, smoky-tasting orange-wine matured in old barrels (£28 a bottle).

Stay in the Vapor, one of just ten Michelin-starred restaurants in Dubrovnik, with an excellent four-course tasting menu (£47pp) that puts the region on a plate.

Then relax. Above all, the art of doing nothing is an actual thing on the Dalmatian coast and even has its own term: being in a fjaka mood is well respected by everyone.

It’s a sort of chilled-out state that allows one to reset and recharge. So, however busy you are, make sure you take some time out and enjoy a healthy serving of fjaka.

Double rooms at the Hotel Bellevue start from £300 per night ariaticluxuryhotels.com. Return flights from Gatwick to Dubrovnik with British Airways (ba.com) start from £83.