How To Stay Safe Amidst Hostile situations 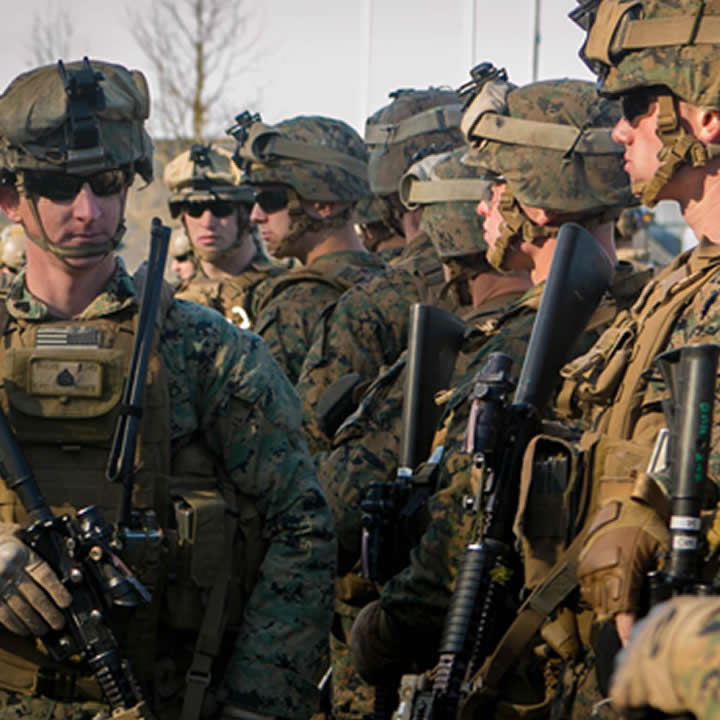 We all know that the world is an unpredictable place where anything can happen at any time, and anybody could find themselves in a hostile environment, whether or not they are prepared. But being prepared can make all the difference if you’re ever at the wrong place at the wrong time. Rule number one: Try to stay away from known conflict zones, bad neighborhoods and dangerous areas.

If you find yourself in a potentially hostile situation,
remove yourself as quickly as possible.

Part I – Before Danger Strikes

You should always maintain your fitness level – no matter what – but it is especially critical for moments where you need to get away from a threatening individual or environment. Generally speaking, fit people live longer and healthier lives. If you ever happen to be in a situation where you need to flee, you’ll be thankful that you are in good shape. If you can’t move well because of weight or health issues, you will have less of a chance getting out of the way of a threat.

Wherever you go, you should know where the exits and evacuation routes are. This doesn’t mean you have to be paranoid and study the blueprint of every building or area that you enter, but you should be aware of the closest exit signs, and if any are temporarily blocked due to construction or other reasons.

Train for the worst, hope for the best

The best thing anybody can do in hostile situations is to stay alert and anticipate acts of hostility before they begin. Of course, it isn’t possible to always detect threats before an act of violence breaks out.

Reading up on how to stay safe in a hostile environment is one thing, but being in that type of situation is something completely different. Soldiers, law enforcement officers, first responders and even journalists understand the importance of training in mock scenarios to survive and deescalate threats.

There are telltale signs that a person is becoming angry – their eyes squint, mouth opens, skin turns red, nostrils flare and the body appears more hardened and confrontational. You can look for these signs in people in hostile environments to locate the threats (possibly even before the incident occurs). If you see someone who is angry or threatening, leave the scene as quickly as possible. For example, if you find yourself in a heated environment or riot, a trained eye could spot the potential aggressors well before a hostile incident occurs. Not everyone is a threat, but not everyone is an ally. Try to see who’s who anytime you enter a potentially hostile environment to distance yourself from potential threats.

Angry people are not easy to rationalize with and are rarely thinking as clearly and rationally as you think. Don’t try to reason with them, and instead simply distance yourself from the person and get away as soon as you can. If you find yourself in danger of an active shooter situation and cannot get away immediately, drop to the ground to decrease your chances of being a target.

Arm yourself with armor

You never know when danger is going to strike, so it’s always best to be prepared. Plain and simple, body armor saves lives. Body armor saves law enforcement officers everyday, but it’s also convenient for anyone to carry. You never know when you might need the extra protection, and now there are products like backpack armor that can be worn discreetly anywhere you or your someone in your family goes.

Part II – During a Hostile Situation

The rule of thumb for threatening or hostile environments is to get as much distance as you can from the threat or attacker. If you notice a disturbance or see people acting in a way that isn’t normal, get away as quickly and safely as possible. As soon as you see that something is about to go down, leave the scene. Get as much distance between you and the hostile event/person as soon as humanly possible.

We live in a world of photos and videos that capture all kinds of horrible events, but if you’re close enough to a bad situation, trying to record the event could get yourself in a lot more trouble than you expected. Don’t wait until it’s too late to flee or hide, and don’t be that person who wanted a video or picture of a situation and lost your life because of it.

As soon as you see signs of danger, try to avoid standing out in a crowd. If a riot has already broken out, don’t choose sides and don’t keep yourself in the danger zone. And don’t try to help others until you are away from the threat or the threat has been mitigated. As you get away from the area, be sure to keep your head down as much as possible and stay low. Once you’ve taken yourself away from danger, call 911 and keep others from entering the area.

If you can’t flee the scene, you should find protection that puts something between you and the aggressor. You also want to make sure that you can’t be seen. Find a place that is not in the line of sight of the threat. Barricades work for the military and law enforcement, and they will also work for you. If the threat is outside, go inside and vice versa. Always remember that being away from the threat is the first action, but if you can’t get away, get out of sight. Stay in hiding while the threat is active, until law enforcement arrives and the situation is resolved.

Fighting is the last resort

If you are under direct attack and there is no possible way to get away, don’t go limp or curl up – fight back. Use anything around you to try to stop your attacker(s). Look for anything sharp or heavy enough to knock an attacker unconscious. Again, this is the last resort. Giving up your life is not an option.