How To Style Your Rick Owens DRKSHDW Sneakers 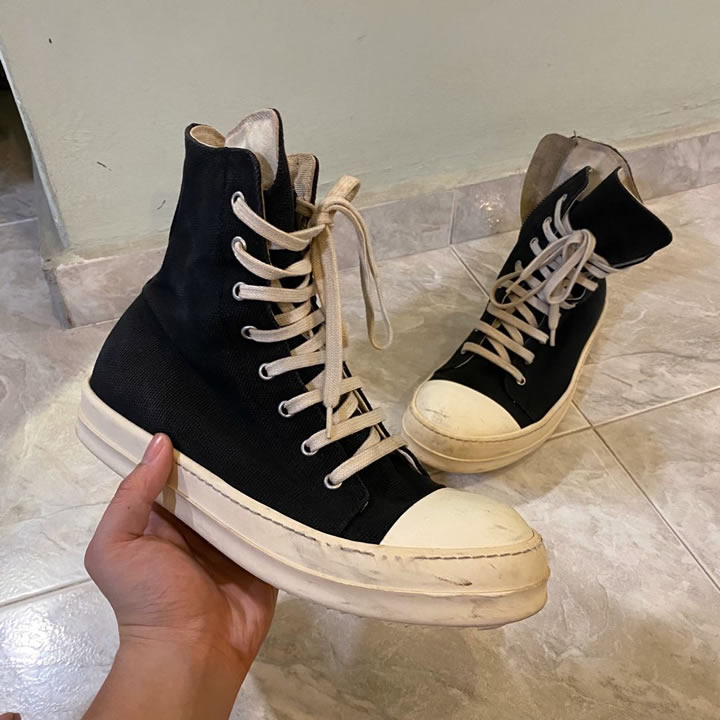 Rick Owens’ designs often come from his love for fitness. When asked how living in Paris was different from his previous home in Los Angeles, Rick mentioned the most significant difference as being his daily trek to the gym.

At the beginning of 2013, Owens decided to include running in his routine, but he discovered that none of his current shoes were suitable for the task. “I can’t wear my huge chunky basketball shoes… I’d appear like a dinosaur,” he comments.

He reached out to various athletic businesses, and he used Adidas’ expertise as a design solution for his lack of sports knowledge to invent his own running shoes.

Many businesses attempt to ride the fashion wave by producing fast fashion in order to cater to the demands of the masses, but Rick Owens’ pieces are intended for his personal use.

In 2005, Owens introduced a separate women’s line, Rick Owens Lilies, as well as a men’s denim collection, DRKSHDW. During this time, DRKSHDW began to develop into a men’s and a women’s line and became more of a diffusion brand than a denim label.

Owens has been the designer of DRKSHDW from its inception, and all DRKSHDW apparel is made in the same Italian factory as the mainline outfits.

Rick Owens’ DRKSHDW line is distinctive because of its minimalist design. It carries Owens’ classic avant-garde vibe without being too “out-there”, meaning it can be worn on a daily basis… just as long as you know how to style it!

Here are some top tips for styling your DRKSHDW shoes:

Colour Matching: If you’re going black-on-black, stick to monochrome blacks, whites, and greys in your clothing. The DRKSHDW shoes will complement the monochrome design, elongating your leg and making you appear taller.

Double Denim: Denim jeans can certainly be made more interesting when paired with more denim and DRKSHDW shoes. It will develop into a fantastic, stylish ensemble that you’ll be able to wear every day without fail. Just remember to stick to the same shade of denim to avoid clashing!

Overalls: Overalls were hugely popular in the ’90s and, luckily for your DRKSHDW sneakers, they’ve made a comeback. The sneakers will provide a grunge effect to the overall ensemble, while the rest of the clothing will remain stylish and on-trend.

Shirt Dresses: Shirt dresses help to achieve a smart-casual look while remaining comfortable. Team your DRKSHDW sneakers up with a leather jacket to add an edgy biker vibe; an outfit that can take you from day to night.

Denim Jackets: Denim jackets aren’t just for skater teens. Styling one with a luxury black dress and DRKSHDW shoes will provide you with a perfect outfit for running errands or grabbing a coffee with friends.

Mini Skirts: This is yet another style that has a lot of ’90s flair. A plain white t-shirt and a black miniskirt make for an excellent combination. Your DRKSHDW shoes will add a touch of modernism to the ’90s fit!

As you can see, there are many ways to style your DRKSHDW shoes, making them easy to wear on a daily basis. No two outfits need to be the same, making styling different pieces all the more exciting!