How to survive doomsday (Clue: it helps to be a billionaire)

NOTES FROM AN APOCALYPSE

Within the nuttier corners of the internet, not to mention the wild imaginations of the super-rich, the global spread of coronavirus might seem to vindicate long-held fears (or fantasies) about the end of the world as we know it — or TEOTWAWKI, as self-styled ‘preppers’ call it online.

Alarmed by abnormally hot summers, and panicked by doomy news of Arctic wildfires, mass political unrest and the threat of nuclear war relentlessly pinging into his smartphone, Irish writer Mark O’Connell found himself fascinated by this murky subculture readying for the end of days. Despite his scepticism, as a father of two he had begun to worry about his children’s future.

Irish author Mark O’Connell, travels the world meeting people who are preparing the end of the earth in a new book. Pictured: A doomsday crier

‘Prepping’, he finds, is mostly, but not exclusively, a white male American activity, a kind of dress-up frontier survivalism in which ‘guys named Brandon or Kyle or Brent’ post YouTube videos about tooling up for post-apocalyptic life in the wild. They’re equipped with knives, body armour and vast quantities of freeze-dried protein — given a poignant thumbs-up by one prepper for being especially handy whenever his wife isn’t home to cook dinner.

O’Connell spends more time than seems strictly healthy reading the preppers’ bible, How To Survive The End Of The World As We Know It: Tactics, Techniques, And Technologies For Uncertain Times. This was written by an army veteran seeking to form a colony ahead of the famine-fuelled savagery that he says will be the inevitable sequel to an asteroid strike or — yes — an outbreak of mass contagion.

For those with bigger budgets, prepping goes beyond a well-stocked rucksack under the bed. In South Dakota, O’Connell meets Robert Vicino, a former advertising executive who reckons the U.S. government is behind a cover-up over the existence of a Jupiter-sized rogue planet that is about to crash into Earth.

Vicino, in his 60s, now works in the improbable sector of end-times real estate. He sells luxury 2,200 sq ft berths in underground bunkers, patrolled by guards ready to intercept anyone within a three-mile radius, to worried high net-worth individuals in need of a getaway. One development, a converted Cold War shelter in Indiana, has a DNA vault where residents can bank their genetic code in order to preserve the human race.

In Texas, O’Connell reports, you can buy a $2 million condo off-plan which, in a biological emergency, would be automatically sealed by an airlock. It will also be connected by tunnels to an underground complex complete with polo field and driving range.

But if money is no object, why stay in your own country? O’Connell visits New Zealand, where, before a recent government crackdown, the global elite were busy snapping up property, attracted by the island country’s beauty, political stability and likely insulation from global warming’s worst impact. 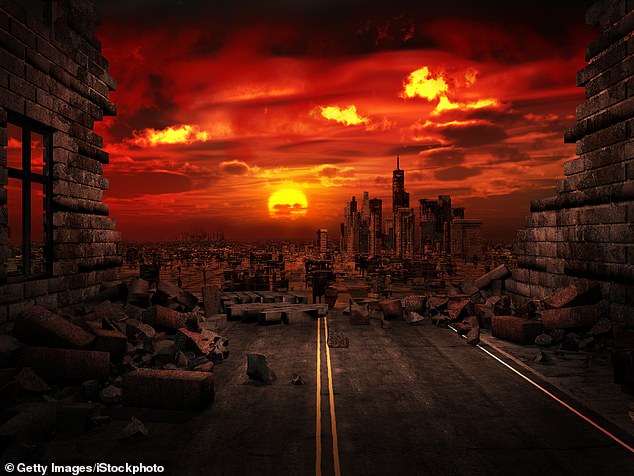 Mark attends a meeting of the Mars Society in Los Angeles, where a group have received money from Elon Musk to run research outposts (file image)

U.S. venture capitalist Peter Thiel, a co-founder of PayPal and an early investor in Facebook, fast-tracked his way to citizenship so he could purchase a 477-acre former sheep station beside Lake Wanaka.

According to a business associate, he’s ready to fly there on a private jet in the event of what less well-heeled YouTube preppers might call a SHTF situation (when the s*** hits the fan).

For the billionaire class, disasters are win-win. And offshore boltholes are barely the limit of their horizons — witness the eagerness of Jeff Bezos, Richard Branson and Elon Musk to invest in privatised space travel.

In Los Angeles, O’Connell attends a meeting of the Mars Society, a lobby group that has received money from Musk to run research outposts, including in the Arctic. Here would-be colonists stay a fortnight to prepare for life on a ‘back-up planet’ without air and water.

O’Connell hears a former Trump adviser compare the prospect of life on Mars to the fall of the Berlin Wall, and add: ‘You won’t have the government . . . saying you can’t damage this or that endangered species. Not on Mars.’ 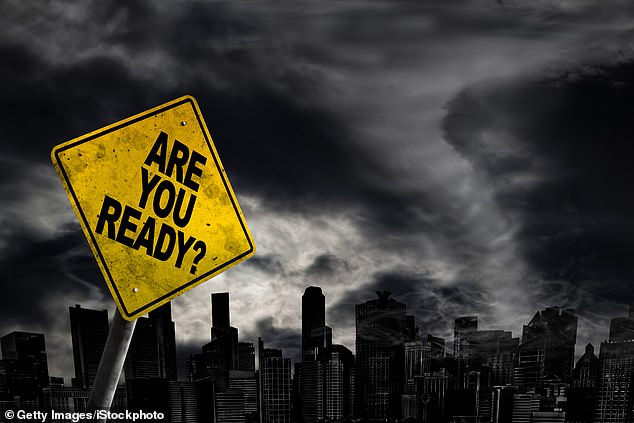 Mark is told by an experimental film maker in London, that humanity is ‘a cancer’ of which the world will cure itself (file image)

The lunacy of this goes without saying — even the most pessimistic doomsayers don’t believe that Earth could ever be less hostile to life than Mars, ‘a planet with essentially no atmosphere’. What Mars really represents, O’Connell suspects, is tax avoidance at its most extreme — a chance for Silicon Valley tycoons to stake out a final frontier where they alone make the laws. But it’s not only the disaster capitalists who relish the end of the world.

In the Scottish Highlands, O’Connell hangs out with a group of hard-Left thinkers who decry environmentalism as little but a sticking plaster for a corrupt status quo.

If the world burns, they reckon a better one will rise from the ashes — call it disaster socialism.

On a retreat in their company, O’Connell talks to a London-based experimental film-maker who calls humanity ‘a cancer’ of which the world will cure itself.

They go their separate ways for a ‘nature solo’, camping alone for 24 hours in silent contemplation of the natural world as it might be after the apocalypse. 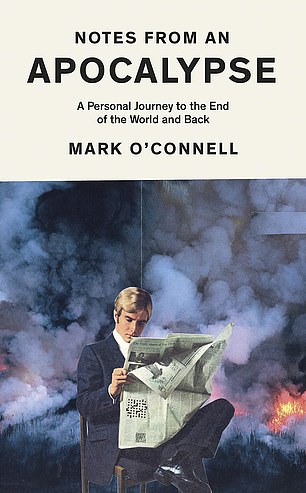 This is interrupted by a Typhoon bomber screaming overhead en route to Syria — which brings home to O’Connell the navel-gazing absurdity of contemplating doomsday when so many in the world are living through it already.

He sees the irony of fretting over the icecaps when he loves the first-world living afforded him by global capitalism, with flat whites on tap and sushi on his doorstep at the swipe of a smartphone.

It can’t be overstated what witty, thoughtful company O’Connell is when exploring these peculiarly 21st-century dilemmas.

At bedtime, he reads his two children The Lorax, Dr Seuss’s 1971 kids’ classic of ecological ruin caused by rampant consumerism. O’Connell encourages his son to rethink if he really needs another Lego Minifigure. His son (clever boy) asks if daddy really needs to drink so much coffee.

What to do? O’Connell has an ecologist friend who half-jokes that the cure for climate catastrophe lies in ‘an imminent establishment of some kind of benevolent global dictatorship to limit carbon’.

It’s uncanny to read those words in these locked-down days, listening to birdsong, suddenly uninterrupted on the flight path where I live.