How to visit Palermo in Sicily for under £100 a night

The Mafia may — thankfully — no longer be in control, but Sicily’s seductive capital is still obsessed with death.

Whether it’s the corpses in the catacombs, or the torture cells of the Inquisition, the place is packed with reminders that, sooner or later, your number will be up.

For those who find this disturbing, there are also countless incredible churches. And beaches. And ice cream. Go now, while it’s still cheaper than almost anywhere else in Italy.

A beautiful panoramic view of Palermo taken from Pellegrino, which overlooks the whole of Palermo Bay

This warm, family-run B&B is bang in the centre of the old part of town, making it a good base for exploring. It’s a pleasingly crumbly palazzo, built around a central courtyard with laundry strung across: just the kind of place you’ll have been hoping for.

Chiara and Alessio will make you welcome and give you excellent, practical advice. Doubles from £45 (gallidoro.it).

This will be one of the most beautiful hotels you’ll ever stay in. From the age of 12, the owner began collecting majolica tiles to create a striking boutique museum (£8 for entrance and tour).

His B&B consists of only four rooms — all exquisitely decorated with his tiles — so book well in advance. Doubles from £76 (stanzealgeniobnb.it).

These gracefully decorated apartments are in the palazzo that was home to Tomasi di Lampedusa while he was writing The Leopard. Your hosts are the present Duke and Duchess of Palma.

For an extra £135 you can join in a day-long cookery course with the ebullient duchess. It’s hardly cheap, but it’s an unforgettable experience. Apartments from £72 (butera28.it).

There are only five rooms, though, so be sure to plan ahead. Doubles from £54 (olivellabb.it). 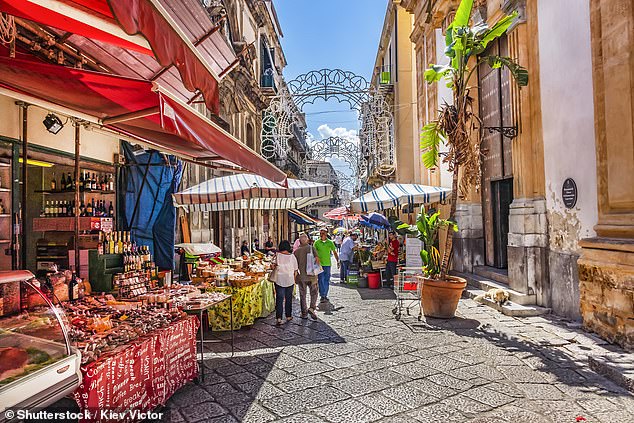 Palermo’s Arabic history dates back to the 8th century. You can see it in the style and substance of its three main food markets, which resemble Arab souks.

Skip breakfast and take a three-hour ‘street food’ walking tour with an experienced guide (streaty.com). It costs £35 all-included — a downright bargain for a culinary education.

This atmospheric, unpretentious trattoria is housed in a former bookshop on Quattro Canti — the crossroads that marks the centre of Palermo’s old town. 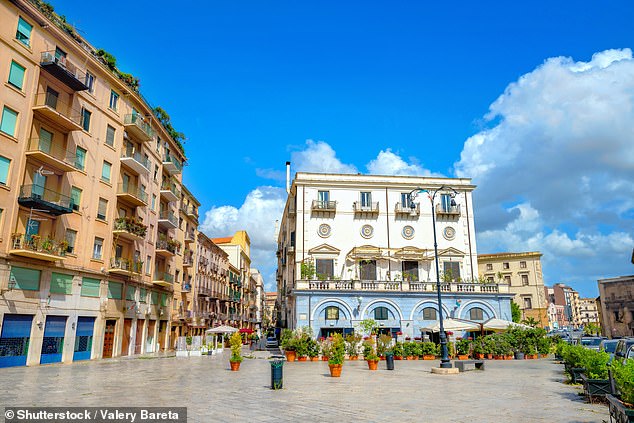 This charming cafe, a stone’s throw from Piazza Marina, is one of those places where it’s hard to tell the staff from the clientele — and when you do get someone’s attention, they appear a little affronted.

For incomprehensible reasons, the lights in this family-run osteria are glaringly bright. Go for the help-yourself antipasti and the authenticity.

On the way there, take a stroll around Piazza Pretoria — also known as the Piazza of Shame because of the nudity of the figures around the central fountain. Via Venezia (039 091 334714).

The waiters are a bit snooty in this upmarket restaurant, but the food is excellent. Once I’d negotiated the Bible-sized menu, I went for smoked piglet (£14) and didn’t regret it. A street food selection as a starter includes the Palermo speciality panelle and costs £11. Via Calascibetta (039 091 326488). 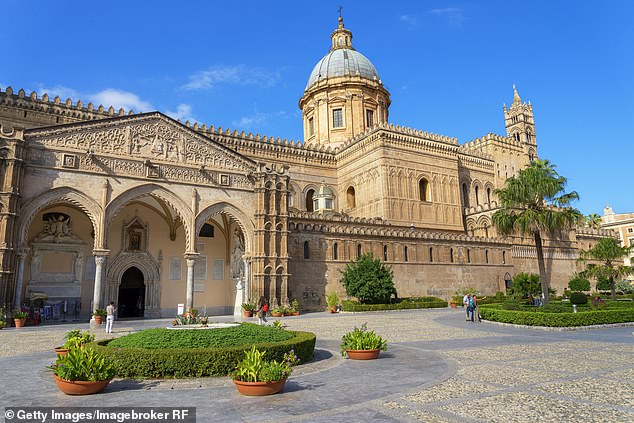 Palermo’s sprawling cathedral (above) ‘makes Westminster Abbey look like a porter’s lodge’, according to one of Thomas’s friends

A friend of mine declared that Palermo’s sprawling cathedral ‘makes Westminster Abbey look like a porter’s lodge’. He had a point, but I prefer the rival cathedral at nearby Monreale.

Hire a moped from sicilymotorent.it (from £35 per day) and escape to marvel at the glowing gold mosaics, and gaze back loftily at the city.

The Palazzo Chiaramonte (entrance £11) houses two secrets. The first is the 12 cells where the Inquisition tortured heretics, who responded by painting the walls with delicate murals, using their bodily fluids as paint.

Look death in the eye

You need a strong stomach for this one. The Capuchin Monastery catacombs (entrance £2.70) are crammed with the corpses of monks and local luminaries, their mouths gaping as if in horror at their own mortality. So far, so Indiana Jones. 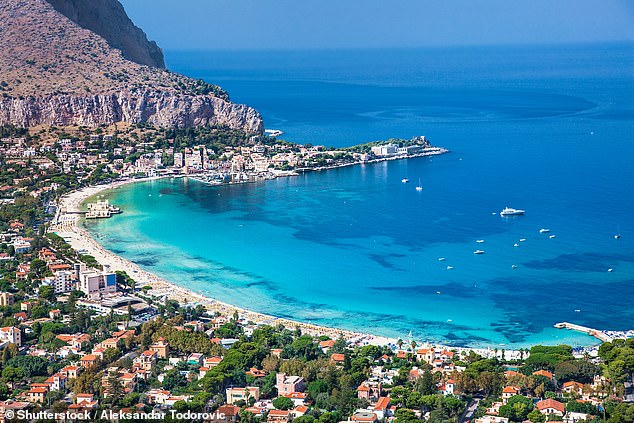 Sea and sights: Palermo’s Mondello Beach with its long stretch of sand and turquoise water

Easyjet has return flights from London Gatwick from £53 (easyjet.com).

Still got that moped? Head to nearby Mondello beach for sun and sea air. The rearing wall of rock that is Monte Pellegrino provides a spectacular backdrop for your bronzing.

Lose yourself in stucco

You’ll never have seen a church like the Oratorio di Santa Cita (entrance £3.60), which was built to celebrate the naval victory at Lepanto.

A century later, its interior was covered with intricate stucco work by the sculptor Giacomo Serpotta.

The effect is like walking into one of Palermo’s infamous cream patisseries — irresistible and oddly soothing. Via Valverde (039 091 785 3181).