Spurs boss Mauricio Pochettino says he believes in destiny and such faith would have served him well during what has been an improbable and, at times incomprehensible, passage to the Champions League final.

The Argentine’s side have led a charmed life in this season’s competition and on no less than five occasions have they appeared all but out.

Tottenham have enjoyed an improbable and incomprehensible Champions League journey

Having taken one point from their opening three group games – including a 2-1 defeat at Inter having led with five minutes to go – Spurs needed to beat PSV on matchday four to realistically keep alive their faint hopes of progression.

When Luuk De Jong scored for the visitors after just 61 seconds their task was made even harder, and harder still when the contest reached the 78th minute with no further score.

Enter Harry Kane, the England captain firing an equaliser before heading an 89th-minute winner to move Spurs to within three points of second-placed Inter.

‘The belief is still there. I am so optimistic,’ said Pochettino afterwards, although few shared his confidence. 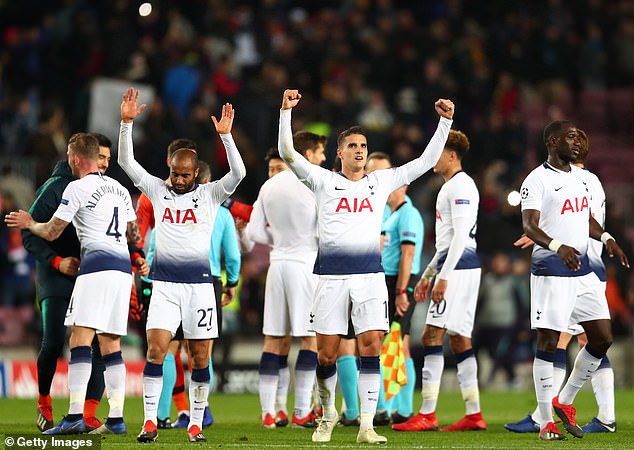 Anything other than victory on matchday five and Spurs would be out and, with 10 minutes remaining, they were heading for the Europa League.

Hugo Lloris had kept them in it with a fantastic save from Ivan Perisic but still they needed a goal.

It was substitute Christian Eriksen who emerged as the match-winner, stealing in at the far post to set up a do-or-die trip to Barcelona. 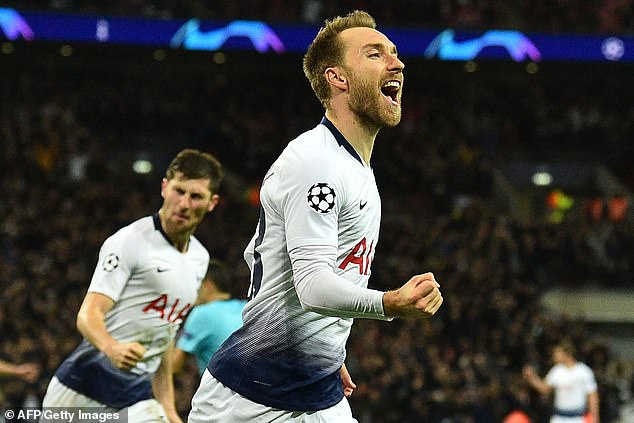 Spurs needed to match Inter’s result but the odds were against them with the Italians at home to already-eliminated PSV. Barca’s Ousmane Dembele opened the scoring after seven minutes but, with PSV leading at the San Siro, Spurs were scraping through.

Then, in the 73rd minute, news filtered through that Inter were level and it was the Nerazzurri set for the last 16, a likelihood increased with Barca battering Spurs and twice hitting the post.

Lucas Moura, though, has engaged in something of a love affair with the Champions League this season and the substitute pounced from close range five minutes from time to send Spurs through, but only after an agonising wait as confirmation finally arrived that Inter had failed in their pursuit of a late winner.

‘We have achieved mission impossible,’ said Pochettino, his side becoming just the eighth in Champions League history to advance after taking one point from the first three group games. 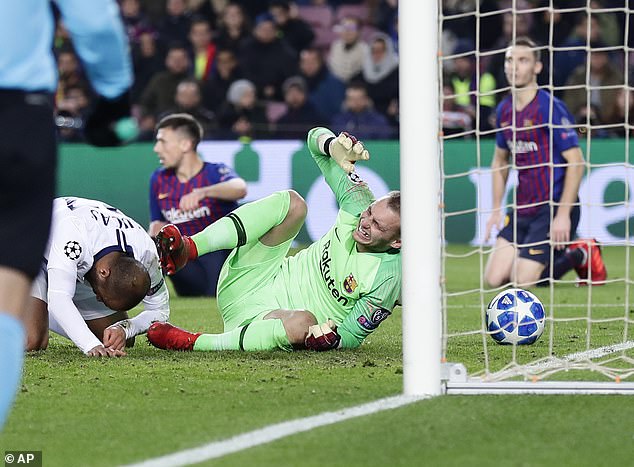 Dortmund had been disposed of 4-0 on aggregate in the last 16 – but not before a few scares – to set up the quarter-final showdown with City.

Leading 1-0 from the first leg, Spurs were 2-1 up inside 10 minutes at the Etihad with City needing to score three to win the tie.

And, by the hour, they had done just that. Spurs were heading out, again. The final 20 minutes, however, ranks as one of the craziest periods in this season’s competition, and the bar is pretty high. 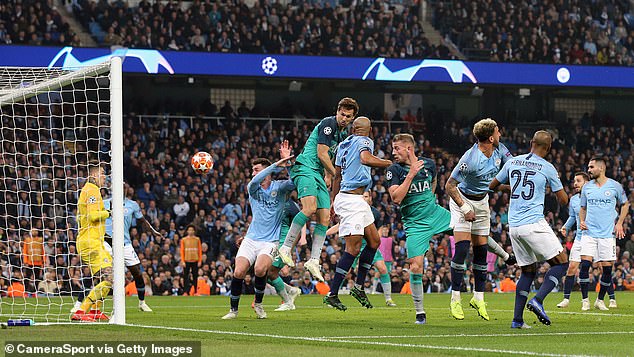 Substitute Fernando Llorente bundled home to make it advantage Spurs on the away-goals rule only for a VAR check – and what looked like a handball – to delay their celebration. Finally, with replays inconclusive, the goal was awarded and Spurs were on course for the semis.

Or were they? In injury-time Raheem Sterling fired a fifth for City and the stadium erupted, Pep Guardiola sprinting down the touchline in joyous relief.

Enter VAR. Sergio Aguero, replays showed, was just offside when the ball was deflected into his path by a team-mate before he teed up Sterling. No goal. Spurs were in the last four, by a matter of inches. 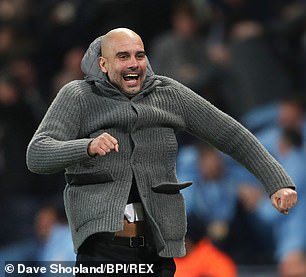 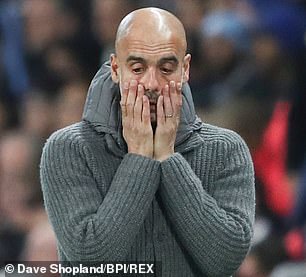 Let’s cut straight to the enormity of the task facing Spurs with 35 minutes left on the clock. Trailing 2-0 on the night and 3-0 on aggregate, they needed to score three and not concede again to go through.

And they were playing poorly. Except, that is, for Moura. By the hour mark he had struck two goals as well as fear into their young opponents. 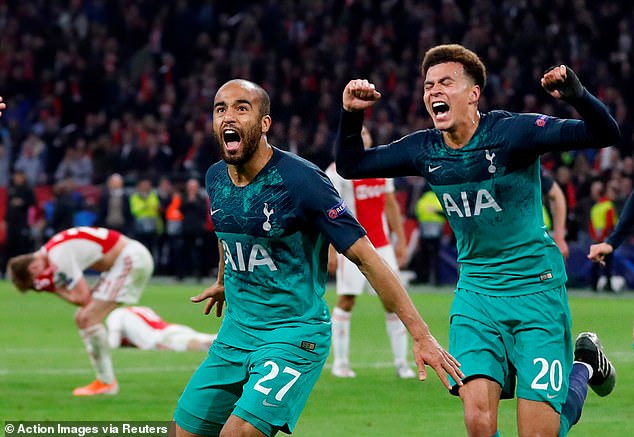 Ajax then smashed the post and Spurs the bar as five minutes of stoppage time expired. But one second in to overtime on overtime, Moura latched onto Dele Alli’s flick and somehow found the bottom corner with a first-time sweep of his left boot, and suddenly everything was oh so right for Spurs.

‘We were talking about destiny before the game with the players, and I believe in destiny when you work so hard,’ said Pochettino.

Another date with destiny in Madrid awaits. 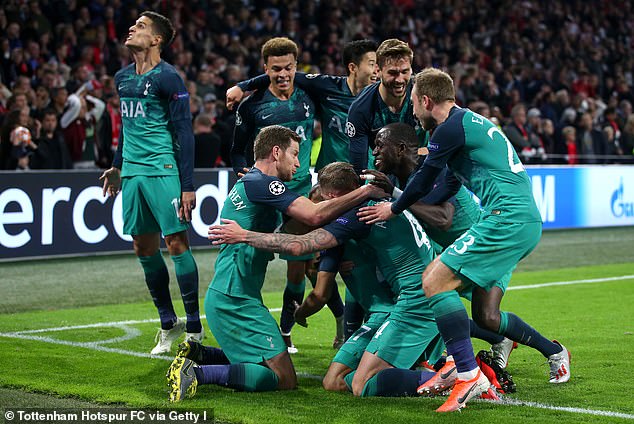