Should Matthew Hedges really be one of MI6’s top secret agents, he has a funny way of showing it. Like most of his generation, the 31-year-old PhD student chooses to chronicle his daily existence on the distinctly un-spy-friendly medium of social media, detailing academic and professional achievements on LinkedIn, while recording more personal milestones via Facebook.

His homepage on the latter site is dominated by a photograph of his country house wedding to Daniela Tejada, a Colombian he met during their time as undergraduates at Exeter University, and married in January last year. Hedges was wearing a kilt, a buttonhole, and a contented smile. His bride boasted a bejewelled dress and hairband, and in the picture was leaning forward to deliver a dutiful peck on the cheek.

Over recent weeks, Tejada, an occasionally outspoken PR and marketing executive, has mounted a very public campaign for her husband’s release.

Together: Matthew Hedges and his partner Daniela Tejada tied the knot in 2017

In common with most Western observers, she regards the notion that this outwardly normal – and demonstrably unsecretive – young man could be a real-life James Bond as patently absurd. If his current fate wasn’t so serious, she says, the whole idea of him working as a spook would be utterly laughable.

‘He wouldn’t make a good spy at all,’ Tejada told the Mail. ‘He would be too conspicuous.’

Moreover, she says, her husband doesn’t even speak Arabic. That not only makes him an odd candidate to carry out intelligence work in the United Arab Emirates, but also, tragically, means he’s ‘unable to communicate fully with the court-appointed lawyer’ who was supposed to represent his interests at yesterday’s bizarrely short court hearing.

Of course, the authorities in the UAE see things differently.

They regard those same social media profiles as part of a carefully constructed cover story. What’s more, they apparently also take any protestations of his innocence by the British Government as yet more evidence of guilt. 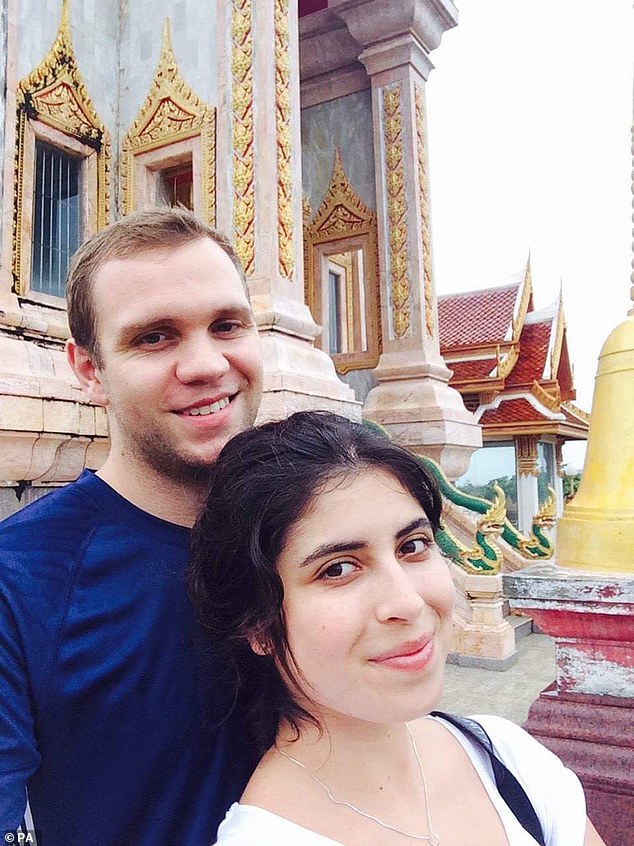 To a degree, therefore, Hedges can’t win. But so it goes in a country which, despite its status as a tourist hub, is justifiably regarded by the Emirates Centre for Human Rights, a leading pro-democracy pressure group, as a brutal dictatorship with ‘one of the most repressive governments in the world’.

True to this form, the UAE hasn’t yet disclosed the specific evidence that led to Hedges being jailed for life in yesterday’s hearing. However senior figures in the regime have provided some clues.

Anwar Gargash, its foreign minister, meanwhile claims to have heard ‘unusual and embarrassing revelations’ about the visit. 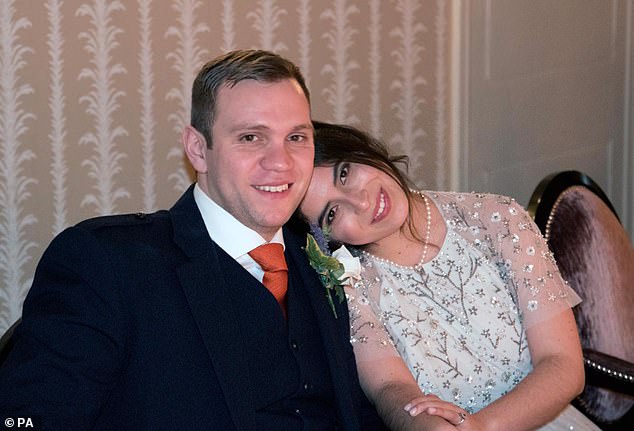 Gulf News, an English language paper loyal to the regime, has told readers Hedges was initially reported to the authorities by an Emirati man who thought he was ‘acting suspiciously, asking sensitive questions about some sensitive departments, and seeking to gather classified information on the UAE’.

The paper claimed that during interrogation Hedges admitted the charges of spying for the British government.

Diplomatic rumblings date back to May 5, when Hedges was seized at Dubai airport as he waited to board a plane home. His arrest was witnessed by his mother. Although she has not been formally named, she is believed to be a member of the ex-pat community.

Hedges, who was born in Croydon in 1987 (his father is not named on the birth certificate), spent a hefty portion of his childhood in Dubai.

There, he attended a local outpost of Cranleigh, the Surrey public school which (along with Repton and Brighton College) may now be pondering the wisdom of opening lucrative educational offshoots in this Middle Eastern dictatorship.

After studying at Exeter, where he gained not only a future wife but also an MA in international relations – his thesis was on the UAE’s military spending post 9/11 – he returned to Dubai to work as a researcher for a think-tank called INEGMA.

It researches the region’s ‘military and strategic affairs’, and is regarded as having close links to the UAE’s military. In 2014, he was joined in the country by Tejada, who having completed her own studies, secured jobs with two PR firms: Grace and Garbo, and Four Communications. 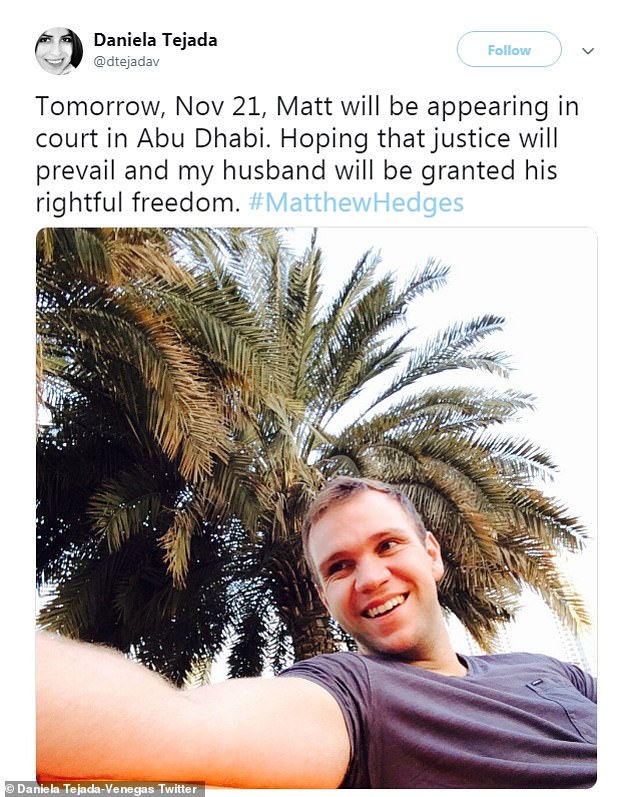 Hedges then went back to the UK and began studying for his PhD at Durham’s Hatfield College in September 2015, aged 28.

He worked out of the Al-Qasimi building, home to the school of government and international affairs, which was named after Dr Sheikh Sultan bin Mohammed Al-Qasimi, a former student who now rules over an UAE province, where he’s been accused of human rights abuses.

Although he and Tejada’s marital home is in Exeter, he has largely spent term-time in a £105-a-week student accommodation block, a fact that has only added to his wife’s grief: ‘It breaks my heart that we have been married for nearly two years and only been able to spend four months together,’ she has said.

Earlier this year, Hedges flew to the Middle East for a fortnight. Tejada says he intended to interview a number of experts who could inform his PhD studies on ‘Emirati security policies in the aftermath of the Arab Spring’.

At some point, this endeavour obviously raised suspicion. Following his arrest in Dubai on May 5, he was flown to Abu Dhabi and held in solitary confinement.

His fate remained secret until October when Tejada tired of following Foreign Office advice not to publicise the case. She gave a series of interviews claiming he was being held in inhumane conditions, with no access to reading material or any way of passing the time. An initial one shower a fortnight had been increased to one a week, and he had recently been given a mattress to sleep on, she revealed, but he was still suffering anxiety attacks and had suicidal thoughts.

‘His only mechanism to let go of nerves is self-induced vomiting,’ she said. ‘His rights are violated on a daily basis and I am shocked that more has not been done to get him out.’

Daniela Tejada had, at that point, been allowed to meet her husband just once, with their contact restricted to weekly five-minute telephone calls in which they were forbidden from discussing the case.

During that face-to-face encounter, she says: ‘He was constantly shaking. He clearly did not expect to see me. He seemed to be very cautious about what he said and what he didn’t say, which leads me to think he might have been coerced into saying or not saying certain things.’ Last month Hedges was released on bail, on condition that he wore an ankle tag, in order to prepare for yesterday’s trial.

Given Britain’s supposed links to the UAE, which is home to tens of thousands of ex-pats and attracts hundreds of thousands of our free-spending tourists each year, many analysts expected the case to be quietly abandoned. But it was not to be.

‘I have a lot of breakdowns. But when you love someone the way I love Matt, you pull strength from where you never thought you had it,’ Tejada has said. ‘Every time I cry, and I crumble, I give myself ten minutes, wipe my tears off, and keep on going and fighting.’

As of yesterday, it is plain this fight now has a long way to run.