An Uber good time to be a driver! Huge surge in number of ride share workers across Australia

Employment in the gig economy has surged during the past year, thanks to the legalisation of Uber driving.

‘A big factor behind the lift in business numbers was the growth of the “gig” economy – notably share drivers such as Uber drivers,’ he said.

Employment in one sector of the economy has surged during the past year, thanks to the legalisation of Uber driving (stock image of a driver in Canberra)

Gig economy jobs are a major growth area in Australia with official figures showing ‘taxi and other road transport’ rising by 39.1 per cent during the 2017/18 financial year.

The ‘other transport support services’ category rose by 29.4 per cent, Australian Bureau of Statistics data on Counts of Australian Businesses showed.

Mr James said it was likely an increasing number of Australians who already had jobs were driving Ubers to fund their lavish lifestyles.

‘People have elected to take perhaps a little bit more of an expensive or lavish lifestyle that stretches them,’ he told Daily Mail Australia on Tuesday.

‘Everyone wants everything today – their overseas holiday, they want to have their Netflix subscription and their mobile phone so you’ve got to generate the income.

‘To be able to meet that, they may have to go down the route of Airbnb and Uber.’ 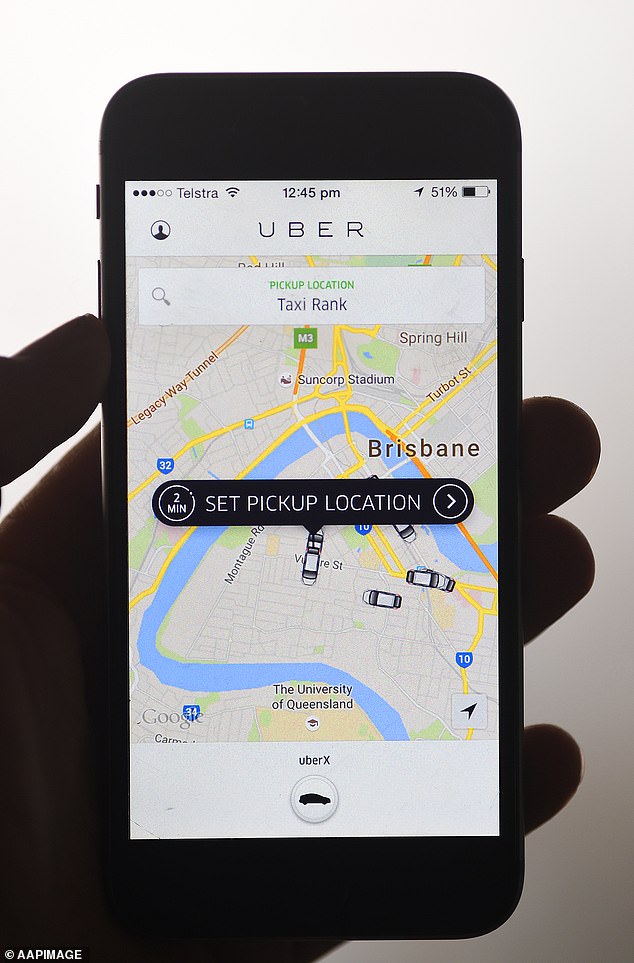 Gig economy jobs are a major growth area in Australia with official figures showing ‘taxi and other road transport’ rising by 39.1 per cent in one year (Uber app pictured)

Home owners are also increasingly renting out their houses on Airbnb, with non-traditional property leasing surging by 23,000 during the past five years.

The Australian Capital Territory in 2015 became the first area of Australia to legalise Uber driving, with the other states and territories following over the next three years.

Australia’s unemployment rate stands at a seven-and-a-half year low of five per cent, with 2.3million businesses putting people in work.

Wages growth, however, remains subdued as many Australians, particularly in Sydney and Melbourne, battle to pay off hefty mortgages.

The Reserve Bank of Australia this month acknowledged the frustration of weak wages growth amid lower-than-usual unemployment.

‘Tightening labour market conditions were expected to put upward pressure on wages, although to date wages growth in Australia and elsewhere had been slower to pick up than in previous expansions,’ it said in the minutes of its February board meeting.