Former England goalkeeper Ben Foster has lifted the lid on the ‘weird’ things Fabio Capello would do around the Three Lions squad, including an incident with David Beckham that led to them thinking the Italian was a ‘d***head’.

Capello was considered among the finest coaches in world football when England appointed him in 2007. He pocketed around £6million a year but was criticised for not mastering the language, uninspired tactics and failure to leave a lasting legacy.

He eventually quit in 2012 with his only major tournament in charge ending in dismal failure, with a 4-1 defeat by Germany in the first knockout round at the 2010 World Cup in South Africa. 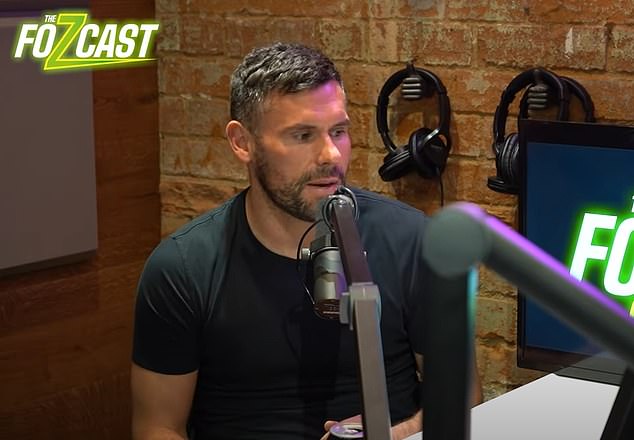 But now Foster, who plays for Premier League side Watford and amassed eight caps for the Three Lions, has revealed some incredible details of how Capello acted during their training camps.

Among the incidents are how the Champions League, Serie A and LaLiga winning coach would call Joe Hart ‘John’, would critique his ‘big a***’ and how he took a ball off Beckham in the Wembley dressing room.

Speaking on his popular podcast Fozcast, the 38-year-old revealed how Capello would be rude to Hart – who became England’s No 1 after the 2010 World Cup.

He said: ‘At the time, Joe Hart was the goalkeeper. Joe Hart, if you ever see him, he’s ripped.

‘But [Capello] used to come up behind him, he didn’t even call him by his right name, he always called him John… 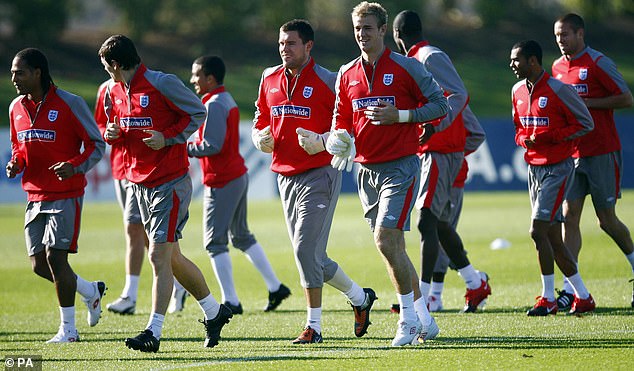 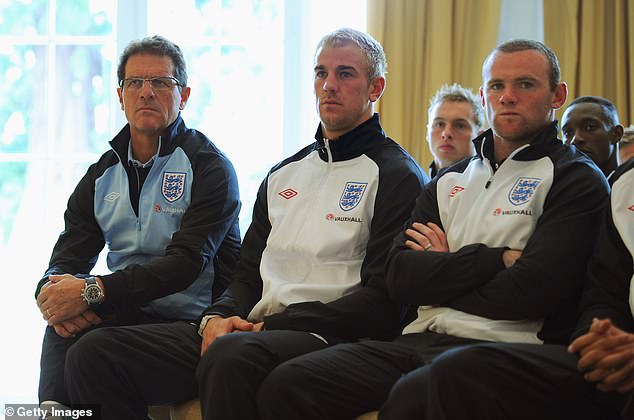 The Italian would also be critical of Hart’s ‘big a***’, despite Foster saying he was ‘ripped’

During Capello’s doomed reign as England manager, Foster was largely involved in squads as third-choice goalkeeper behind Hart and Rob Green.

He could only describe the Italian, who has managed AC Milan, Juventus, Roma and Real Madrid during an illustrious career, as ‘weird’.

Foster added: ‘He was so weird, but each to their own. He’s an experienced manager, he’s won a lot in the game, who am I to question him? 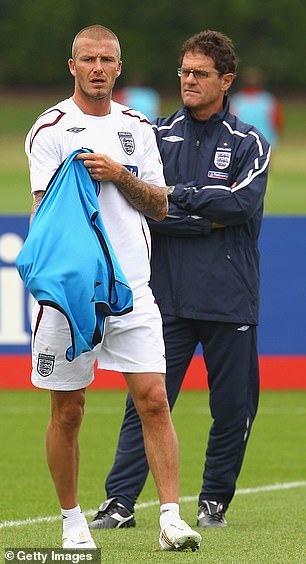 ‘I think there’s a time and a place for everything.’

But the anecdotes did not step there. After he was hired, Capello restored David Beckham to the squad after he was largely cast aside by Steve McClaren.

Foster recalls an incident between Capello and the Manchester United and Real Madrid legend that left the entire dressing room thinking the manager was a ‘d***head’.

Foster explained: ‘It wasn’t a particularly happy place. He was a very strict manager.

‘I’ve got a few stories, but here’s one. David Beckham was in the England squad at the time and we were playing at Wembley… I can’t remember the game.

‘It was before the warm-up. You normally get into the changing room about an hour and a half before kick-off, you go out for warm-up about 40 minutes before kick-off.

‘You’ve got another 45 minutes before where you’re getting your kit on, getting a rub, doing some stretching.

‘Becks was in there playing two-touch with someone, I don’t remember who. He was doing this two-touch and keeping it up, and Capello just bowled in, he always had a cob on basically, a moody face.

‘He walked straight in the middle of these two players, took the ball and just walked off with it.

‘It was as if to say “this is the changing rooms. Stop d***ing about.

‘I understand being strict, but that makes everyone look at you and think “what a d*******. Why’d you bother doing that?”‘ 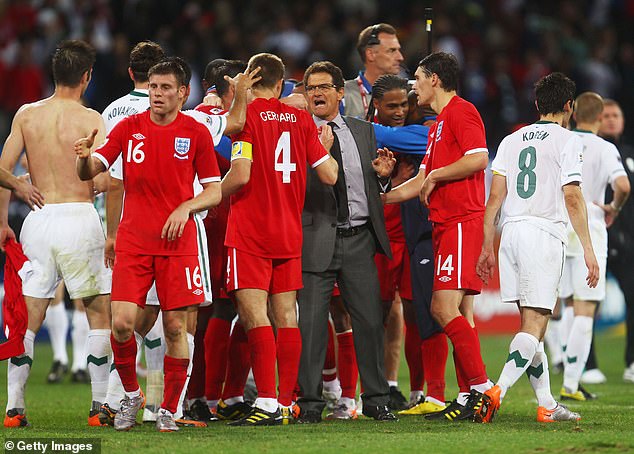