The coronavirus tracing technology being developed to reduce the spread of the disease in the community will be useless if not enough people take it up.

Based on an app being used in Singapore called TraceTogether, it could hold one of the keys to Australia’s escape from the ongoing social lockdowns.

Australia is aiming to use the mobile phone technology to allow health officials to check if users have been in contact with people infected with COVID-19.

The government estimates it would need 40 per cent of Australians to use the app, which would only be voluntary, for it to be effective.

Only 20 per cent of Singapore’s population has so far adopted TraceTogether.

There are concerns that the gathering of such comprehensive data could breach citizens’ civil liberties – and some have called it ‘worthless’ as it’s not mandatory.

The coronavirus tracing technology being developed to reduce the spread of the disease in Australia is based on an app being used in Singapore called TraceTogether. It could hold one of the keys to Australia’s escape from the ongoing COVID-19 lockdown 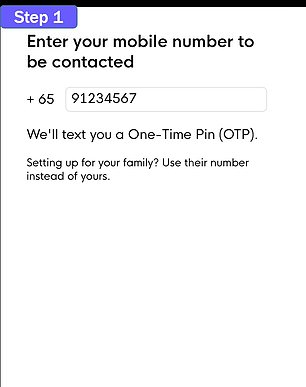 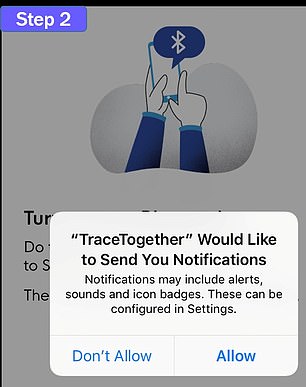 Singapore is using the TraceTogether app (pictured) to help track the spread of the disease. Australia has been given the code to develop the surveillance software

That information would become useful if one of those people was known to have contracted COVID-19.

If officials need to call upon the data, they can determine who a person’s close contacts are based on the proximity to another person and the length of time spent with them.

‘If you had close contact with a COVID-19 case, whether or not you know the person, TraceTogether helps contact tracers call you more quickly,’ the Singaporean app’s developer states.

‘Being contacted earlier allows us to better protect those around us, reducing the spread of COVID-19.

‘TraceTogether makes it faster to complete contact tracing on a national level. When more people use it, we will be safer together.’ 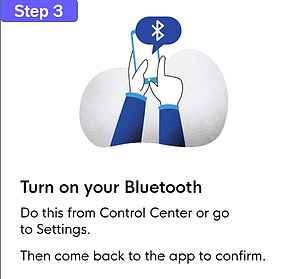 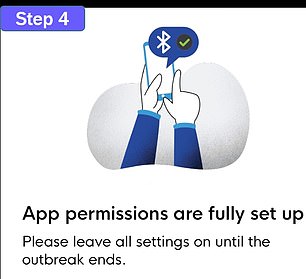 Users of the TraceTogether app (pictured), which is now being developed in Australia, uses Bluetooth technology to track people 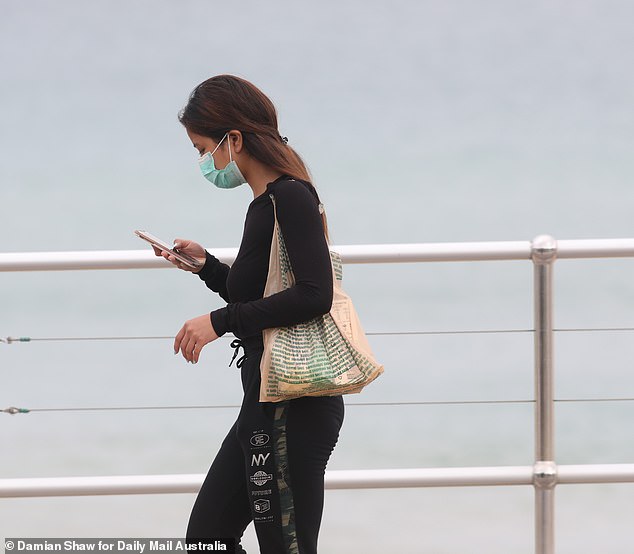 Australians could soon have their mobile phones tracked to see if they have come into contact with coronavirus (pictured, a woman wears a face mask at Bondi Beach on April 3)

One of the main issues in containing the virus has been the long and labour-intensive process of tracing contacts of people diagnosed with COVID-19.

This system could alleviate hours of work from already over-stretched health officials, making it much easier to find people who may be at risk – and stop them spreading the virus any further.

HOW WILL THE APP WORK?

Australia is aiming to use an app similar to one being developed in Singapore to help bring the country out of its coronavirus lockdown.

If officials then need to call upon this data, they can determine who a person’s close contacts are based on the proximity to another person and the length of time spent with them.

Supporting the use of such an app, as opposed to those developed by Apple and Google, Mr Morrison said this option was less invasive as it was ‘consent-based’.

‘Google and Apple proposal does exactly the same thing, it is just that it is not a consent-based model,’ he told reporters.

‘The trace app which has been put in place in Singapore is a consent-based model.

‘And the reason we are not quite ready yet is we are still working through ensuring that it meets the privacy protections, which are robust and up to a standard that we believe is necessary for the Australian context.

‘And that is what the Attorney-General is working on right now.

‘It is a complex area, but it is a tool that Australia will need to pursue the road out of this that we would like to pursue.’

But some cyber security experts are skeptical, saying any ‘opt-in’ app is ‘worthless to society’. 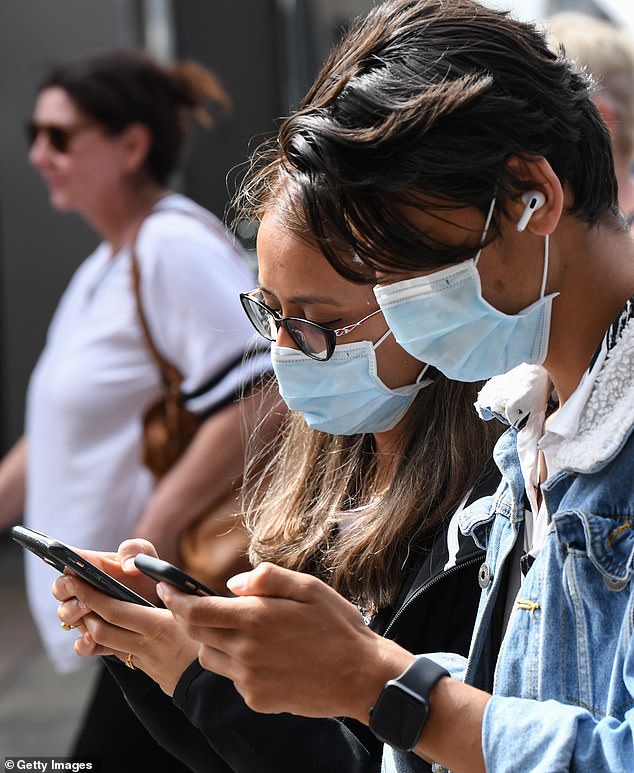 A mobile phone app may soon allow health officials to trace who a person has come into contact with (pictured, phone users in Sydney on March 17)

‘The public have always been nervous around a Government or a big corporate knowing their “real-time” whereabouts or “real-time” daily travel activity,’ Louis-James Davis, CEO of cyberfirm VSTE told Daily Mail Australia.

‘The proposition of having a health app that is “opt-in” and filled with self-diagnosed triage information is mostly worthless to society.

There are some concerns about what kind of data the app would hold.

Other people are concerned about any type of monitoring of free movement.

– The app does not track your location or contacts

– Measures are in place to protect your mobile number. Your number is paired with a a random ID, and it is this ID that is exchanged between phones, not your actual number

‘More anxiety and discrimination will come from wondering who is being honest and who even has the app on their phones.’

Singapore is not relying just on TraceTogether to control coronavirus. It has recently introduced a stricter national lockdown as infection rates climb again.

‘We’re very keen to use it and use it perhaps even more extensively than Singapore,’ Chief Medical Officer Brendan Murphy told a New Zealand parliamentary hearing.

‘Obviously there’s a conversation to have with the community about the acceptability of it but we think that idea, the TraceTogether app, is a really excellent one,’ he said.

‘We’re actively looking at that as part of a measure that might be used to perhaps consider some relaxation of measures.’ 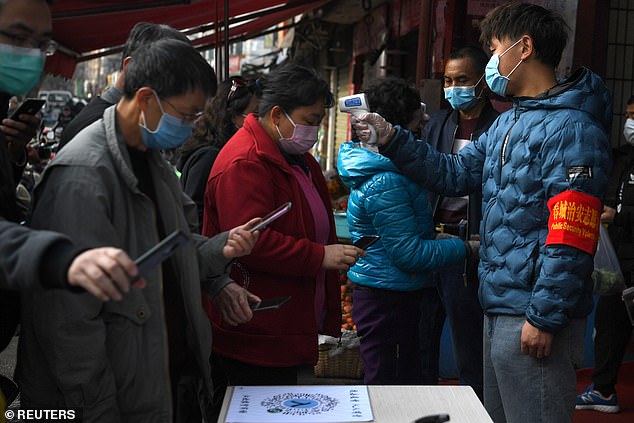 People wearing face masks scan a QR code to submit their personal information while security volunteers check their temperatures at a market in Kunming, China on February 24

Speaking at acoronavirus briefing on Thursday, following a meeting of the national cabinet, Mr Morrison said restrictions would be in place for at least the next four weeks.

Wider testing and plans for local lockdowns to combat outbreaks need to be in place before so-called ‘baseline restrictions’ can be removed across the nation, he said.

But Australia’s biggest states will be able to relax some of their harsher restrictions before four weeks if they chose to do so, Mr Morrison said.

‘States and territories that went further than those baselines… will be reviewing those in the meantime,’ he explained. 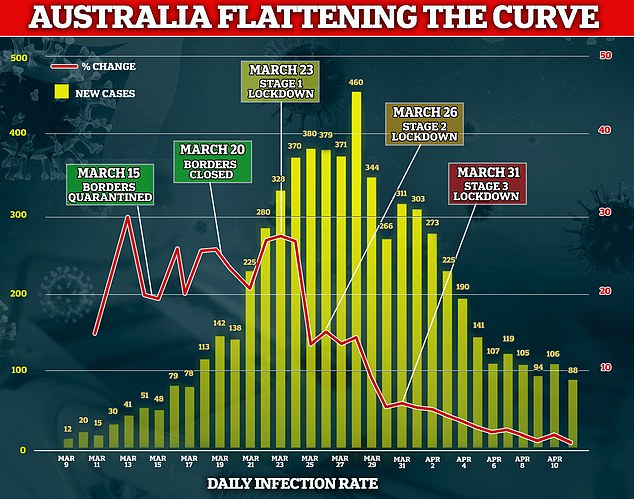 Australia has made significant progress in the fight against coronavirus, with a clear flattening of the curve on the graph that measures the daily infection rate