How will the big changes hitting flights this summer impact you?

Change is in the air: From stripping out TVs to flatbeds in economy, why flying will never be the same again

Every week, our Holiday Hero Neil Simpson takes an in-depth look at an important holiday topic, doing all the legwork so that you don’t have to. This week, he explores the big changes hitting flights this summer.

Change is in the air at 35,000ft and for many, the long holiday flights they take this summer will be dramatically different.

Some of the alterations can make the experience better (at a price, of course) but most will make flying economy even more of an ordeal.

Sleeper service: Thomas Cook’s beds in economy (above) will be available on selected flights to faraway places such as New York and Mexico

A flat bed in economy sounds like the stuff of, well, dreams.

But from tomorrow, you can get just that on selected Thomas Cook flights to faraway places such as New York and Mexico. Book the ‘sleeper seat’ at the rear of the Airbus A330 and once you’re in the air, the crew put a special mattress and sheet over a row of three seats. You’ll get a pillow, a blanket and, hopefully, a good night’s sleep. The beds cost from an extra £200 each way.

Business-class meals in economy may also sound too good to be true, but this summer British Airways lets you upgrade your food when you fly from Heathrow. 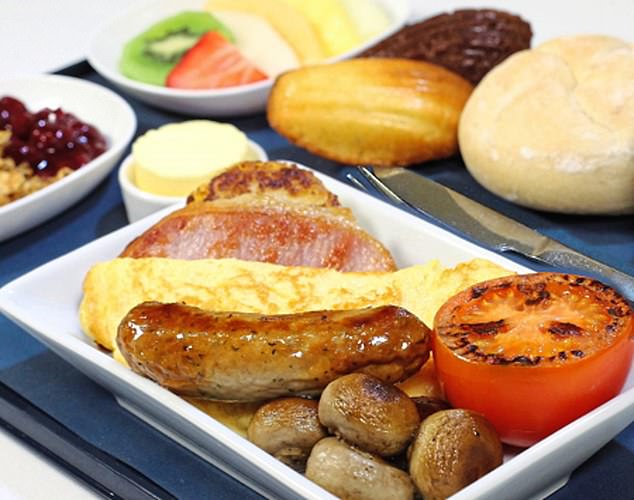 Business-class meals in economy may sound too good to be true, but this summer British Airways will let you upgrade your food when you fly from Heathrow

Fly to Orlando or San Francisco and you can order snacks and drinks using the seat-back TV screen. Scroll through the menu, swipe your credit card, and the crew delivers your order to your seat. 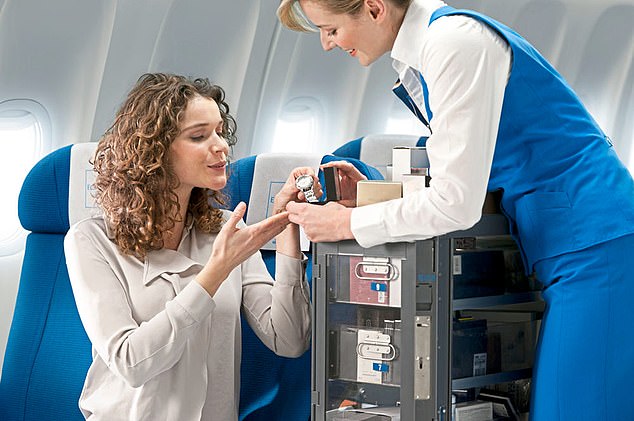 From next month, KLM will be the latest airline to take duty-free trolleys off its planes, following the lead of Qantas and big US airlines including American, Delta and United

Enjoy the holiday tradition of buying perfume or a bottle of gin from the on-board duty-free catalogue? You need to shop fast. From next month, KLM will be the latest airline to take duty-free trolleys off its planes, following the lead of Qantas and big US airlines including American, Delta and United.

Meanwhile seat-back TVs are being removed from nearly two dozen Etihad planes this summer, mainly affecting those transferring out of Abu Dhabi to the Maldives and other favourite destinations.

Think economy is bad? Welcome to economy light. It’s the new bottom-tier ticket being introduced (under a variety of names) by most airlines flying to America. It’s a hand-baggage-only fare, which people don’t always realise when they book. Go economy light with Virgin and then decide to check in a bag and it will cost you an extra £45.

With the lower fares, you can’t choose seats in advance, and with US airlines, basic economy means you’re not supposed to use the overhead locker to stow your bag, although this is almost impossible to enforce.

Finally, anyone flying long-haul in economy should prepare for a squeeze. The majority of Boeing 747s and 777s heading to America, the Middle East or Far East will be reconfigured to feature ten seats across, rather than the current nine. Check your flight’s layout at seatguru.com.