How women are opting for ‘natural’ Meghan-inspired lips

Meghan mania reached fever pitch this month, with millions of viewers around the world tuning in to watch the royal wedding.

And along with eagle-eyed fashion fans hanging on her every outfit choice, it seems royal watchers are even going under the knife to emulate the ‘Markle sparkle’.

While Kylie Jenner’s dramatically voluptuous pout has been all the rage in recent years, beauty-conscious women are now opting more natural-looking lips inspired by Meghan, according to an expert.

Celebrity cosmetic doctor and star of Body Fixers, Dr Tijion Esho, has revealed that patients are increasingly asking for Meghan-esque lips, with the Duchess representing the ‘perfect’ 50-50 upper to lower lip ratio, with a defined Cupid’s bow.

Beauty-conscious women are now moving towards more natural-looking lips inspired by Meghan Markle, and a new ‘two-step’ lip filler technique has emerged for the trend 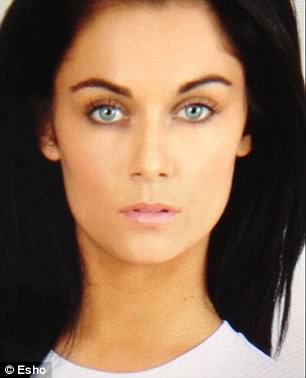 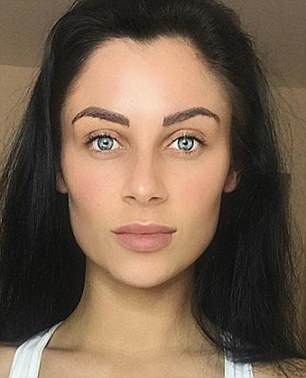 Dr Esho has trialed a new lip filler technique, which uses two syringes and is said to achieve an ‘undetectable’ result (seen on Love Island’s Cally Jane Beech- before left and after right)

Speaking exclusively to MailOnline FEMAIL, Dr Esho said: ‘Since Meghan came to the UK she has become the new fashion and beauty influencer, overtaking the likes of Kylie Jenner.

‘Rather than bringing in photos of various Kardashian members, patients are now pulling out pictures of Meghan Markle and her most sought after feature- her lips.

‘The perfect lip ratio used to be where the bottom lip is slightly larger from the top. But with new influencers like Meghan, the shift has moved across to a 50/ 50 ratio with a defined Cupid’s bow’.

In line with changing tastes, Dr Esho was soon approached by the Merz family of Merz Pharma, a German leader in the aesthetics, dermatology and neurosciences markets.

‘The Mertz family approached me to invite me as a guest to their Evaluation panel to review their two new lip products in the Belotero lip range before its release last week,’ Dr Esho explained.

The new technique, shown on Love Island star Cally-Jane Beech, uses two 0.6 syringes as opposed to one 1ml syringe, one for the lip line and one for the body of the lip. 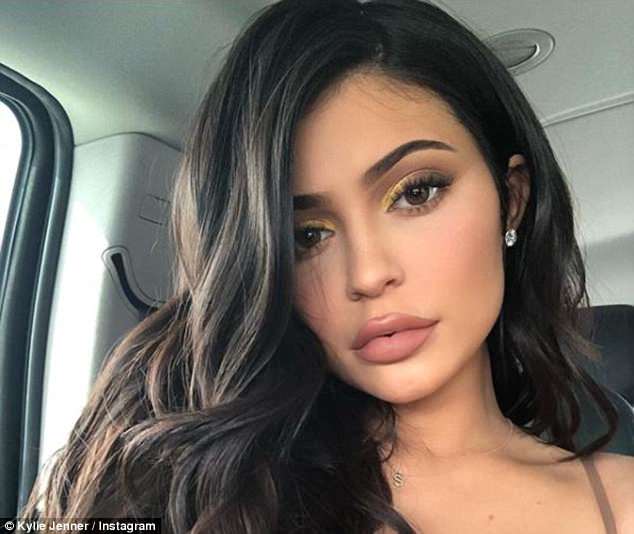 Rather than asking for Kylie Jenner’s dramatically voluptuous pout (seen above), patients like Cally are now asking  for subtly plumped lips with a more even 50:50 ratio like Meghan

‘Less is more when it comes to filler, [so] I developed a signature Nano Droplet technique, a treatment that enables you to get an undetectable yet fuller pout,’ Dr. Esho explained.

‘For the best and most natural results I combine this technique with the Cupid’s Bow method, which is all about enhancing the shape of the cupid’s bow rather than plumping the entire lip area.

‘The technique has been a great success among celebrities and every day women, and I see roughly 150 clients a week.’ 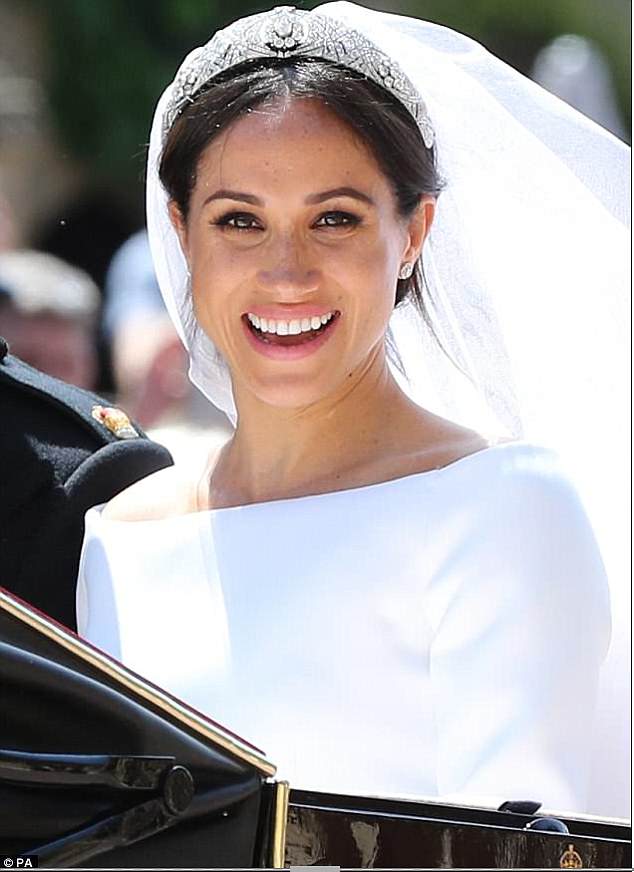 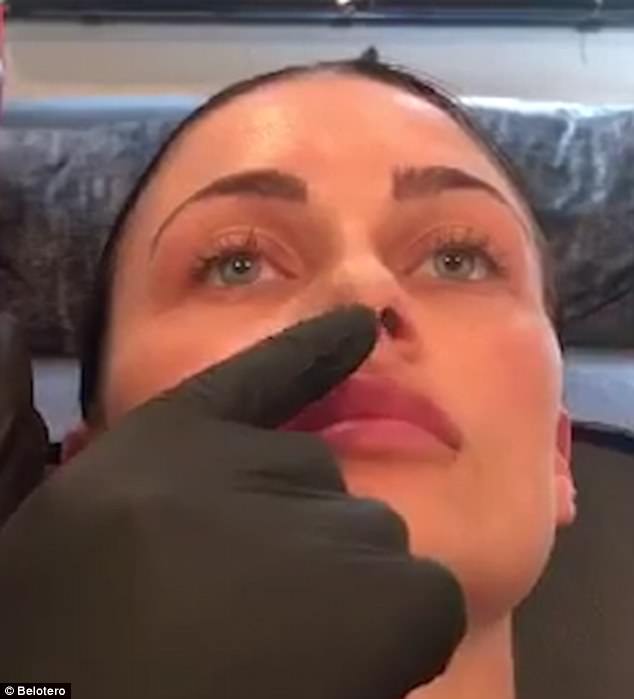 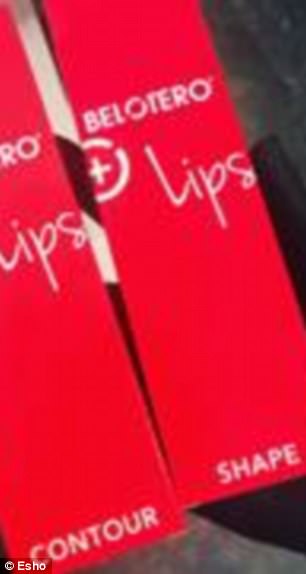 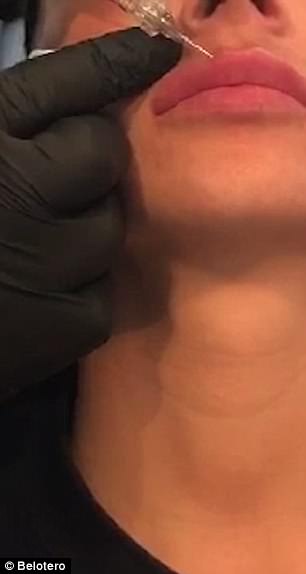 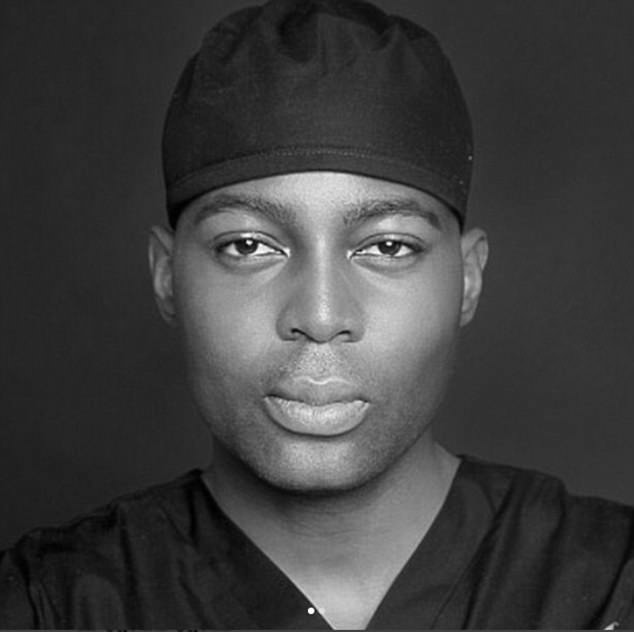 Award-winning celebrity cosmetic doctor and star of Body Fixers Dr Tijion Esho, based in Harley Street, is a favourite among celebrities and has worked on various TV show

‘Meghan’s lips capture many of the features now sought after by today’s patients and by looking at her photos from the wedding you can see why,’ Dr. Esho added.

‘Traditionally the perfect lip ratio was the ‘golden ratio’ where the bottom lip is slightly larger from the top.

‘Over time and with new influencers like Megan the shift has moved across to a 50/ 50 ratio.

‘With this there is also a very defined Cupid’s now and a slight resting pout to the bottom lip.

‘To replicate this ratio you first needs an understanding on the patient’s face, a good injection technique and the correct filler to give natural but also full results.’