The ultimate summer combination! How you can get your hands on a FREE Chupa Chups Slurpee across Australia this week

The founders of two iconic snacks have teamed up to bring Australians the ultimate summer combination for free.

They have made Slurpees using the iconic strawberries and cream flavour and the watermelon variety – and you can get your hands on them for free this week.

They can be found in Sydney 7-Eleven on 815 George Street, as well as in 7-Elevens in Melbourne, Perth and Brisbane.

Head to 600 Collins Street in Melbourne, or 231 George Street in Brisbane and 611 Hay Street in Perth to get your hands on the summery snack. 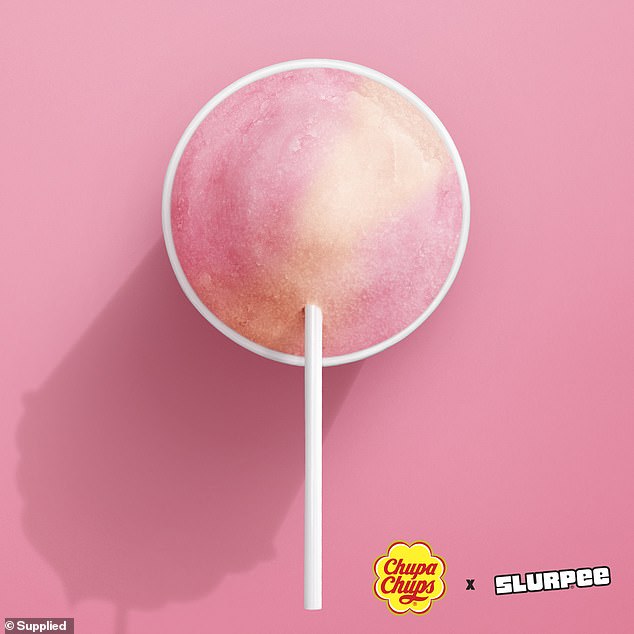 The slurpees will available for free between 12pm and 4pm on February 23, 2019

Where can the slurpees be bought from?

‘Be one of the lucky few to get a free taste of the deliciously nostalgic mix of tangy strawberries and velvety cream or the juicy and fresh watermelon taste of summer in Slurpee form,’ the partnership’s press release reads.

‘You won’t want to miss out on what will be one of 2019’s most iconic (albeit short-lived) partnerships.’

Social media users have shared their enthusiasm over the pairing.

One said: ‘This with popcorn please and thank you.’

While another said to their friend: ‘My favourite lollipop flavour in a Slurpee – we have to go!’.