McDonald’s is offering six nuggets for only $2 as part of its 30 Days 30 Deals promotion.

On Monday, November 15, customers can score the cheap deal by ordering directly through MyMaccas app.

Throughout the month, the MyRewards section of the app will have a new exclusive offer for diners each day.

The fast-food giant is running its a ‘deal a day’ in restaurants across Australia, giving customers the chance to bag Big Macs, cheeseburgers, large fries and apple pies for $1.

Best-sellers including Quarter Pounders, McFlurrys, and McNuggets will be sold for $2, alongside shakes, sundaes, and double cheeseburgers. 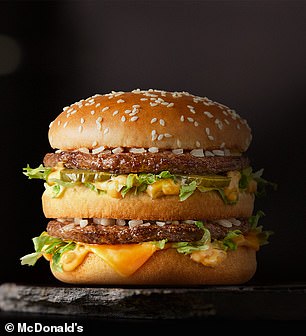 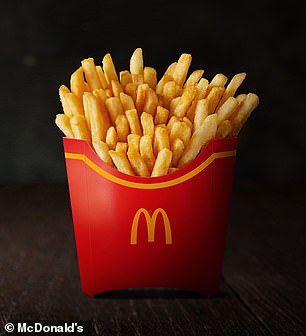 McDonald’s is set to launch a massive range of deals for the month of November, with fan favourites – including Big Macs (left) and large fries (right) on offer for just $1

Earlier this week, a McDonald’s employee sent fans of the food king into a tailspin  by revealing exactly what they can hear – and see – when customers order their meals at the drive-thru.

McDonald’s worker @charlton.a, who lives in New Zealand, shared a TikTok video of himself sitting behind the cafe counter serving drive-thru customers on October 12. 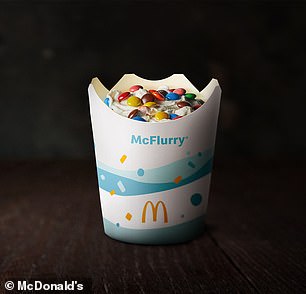 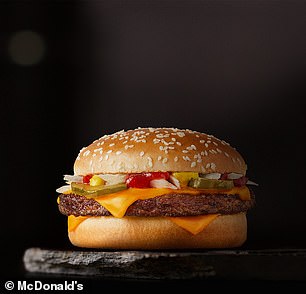 Best-sellers including Quarter Pounders (right), McFlurrys (left), and McNuggets will be sold for $2, alongside shakes, sundaes, and double cheeseburgers 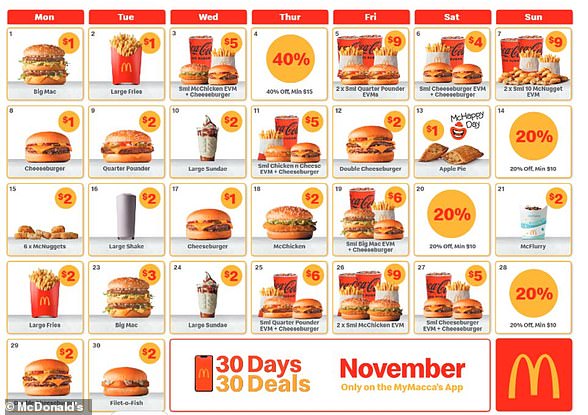 From November 1, the fast food giant will run a ‘deal a day’ in restaurants across Australia

In the footage, the university student claimed workers can hear everything customers say even before they reach the counter to order.

He also revealed a mugshot photo is taken of them behind the wheel, so employees know who to hand certain orders over to.

In a final telling reveal, Charlton said the restaurant he works at sells recipe books so fast food addicts can get their McDonald’s fix from home by cooking the iconic burgers and fries themselves. 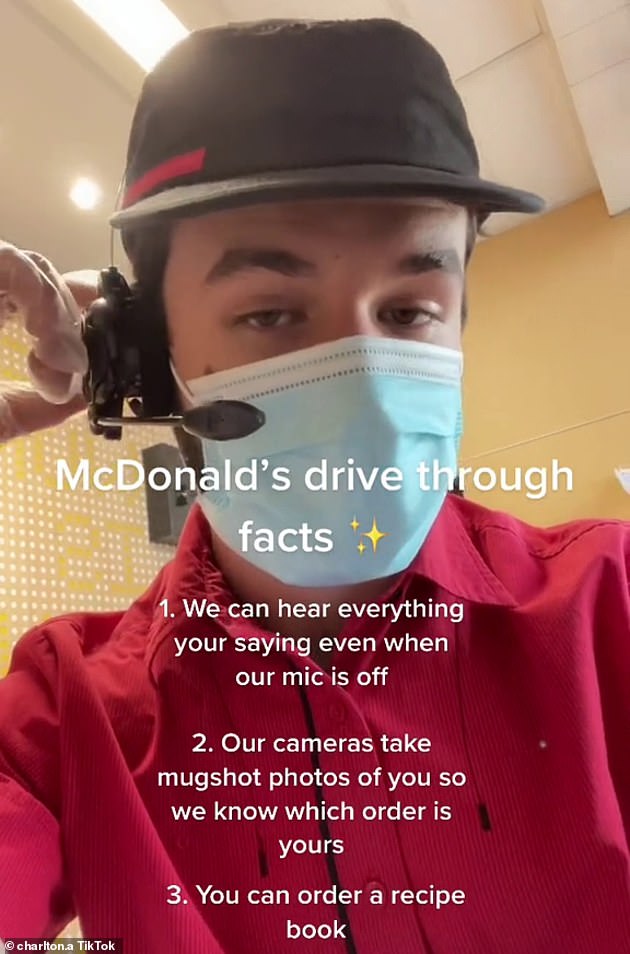 ‘We can hear everything you’re saying even when our mic is off,’ Charlton said in the clip.

When ordering through the drive-thru lane the microphones at the ordering site are said to pick up everything customers are saying – even before it crackles to life to take your order.

This revelation left viewers embarrassed, with some claiming they have said ‘things no one’s allowed to know about’.

The next section of the video said: ‘Our cameras take mugshot photos of you so we know which order is yours’.

Viewers were quick to rubbish the claim, with one person asking: ‘So how can you still get the order wrong then?’

‘If this is true: Why do you always ask if it’s my order that I’m paying for?’ said another.

It’s understood most McDonald’s stores in Australia feature security cameras that capture an exterior shot of the car to help service crew determine which order to hand out. 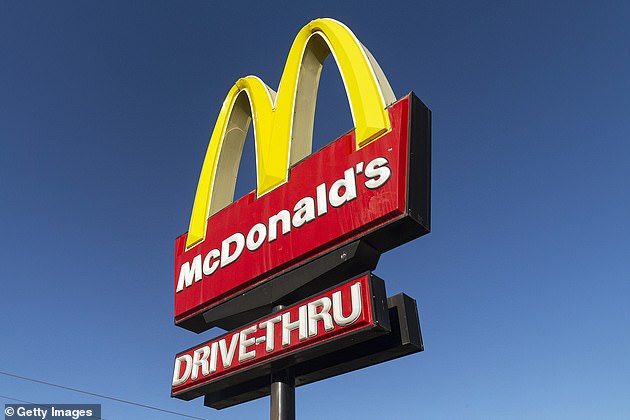 Viewers have been left red-faced after the worker revealed they can hear everything you say over their headpiece (pictured, McDonald’s in Yallambie)

Others thought it would be funny to play tricks on the camera: ‘Next time I’m going through a Maccas drive-thru I’m using a voice changer and picking my nose at the camera.’

Charlton dropped a final bombshell by suggesting there is a recipe book customers can purchase so they can recreate the Maccas meals at home.

Other McDonald’s workers confirmed the claim, saying the video would see a ‘100 per cent rise in sales’ of the books.

But not everyone was convinced.

‘Now you’re going to have people asking for recipe books at my store and we don’t have them,’ one employee wrote.

One thing is certain – fans of the fast food restaurant in Australia and New Zealand will be hesitant to say anything out-of-tune in the drive-thru from now on.

Daily Mail Australia has reached out to McDonald’s for comment.