Shock jock Howard Stern has vowed to run for president if Donald Trump tries again in 2024 – and insists his popularity will help him beat his former friend.

During his SiriusXM radio show Tuesday morning, Stern claimed he has accepted that he may have to serve his ‘civic duty’ and run against Trump if the 45th president launches a 2024 re-election run with Stern saying he knows he’ll ‘beat his a**.’

Stern, who earns around $120m-a-year, claims he is as prominent in the American public’s conscience as Trump, meaning any presidential campaign would quickly gain traction. SiriusXM doesn’t release ratings for his show, but in 2013 Stern called an infamous meeting over slumping listening figures, and warned staff they’d be out of a job if things didn’t improve.

The claims came as Stern noted the attention that his statements about Green Bay Packers quarterback Aaron Rodgers vaccine scandal the day before drew in.

Stern slammed Rodgers, who tested positive for Covid last week, for lying about being vaccinated calling him a ‘scumbag’ and suggesting that he be fired from the NFL.

On Tuesday’s show, the shock jock suggested that if his comments on Rodgers were ‘big news’ then he is sufficiently popular among the public to make a presidential bid. 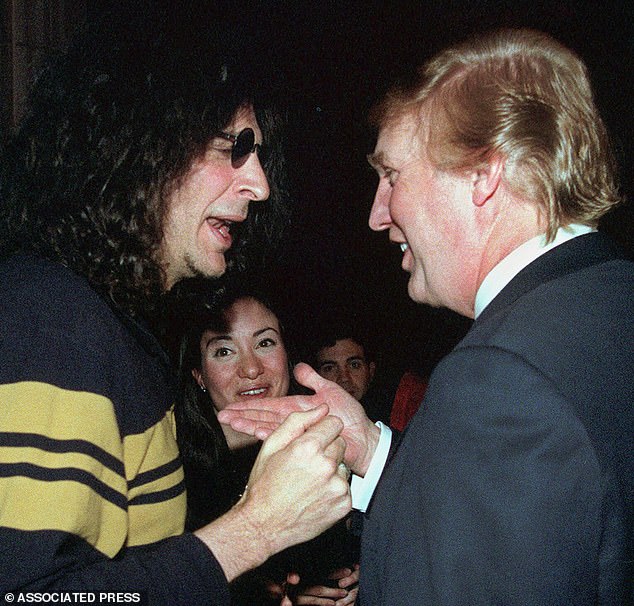 ‘I think I’m going to run for president,’ he said.

When his co-host Robin Quivers notes Stern’s media attention he jokingly asks: ‘Who the f**k am I?’

Quivers replied: ‘If Trump decides to run again, you have to run against him. That’s my plan.’

To which Stern boldly declares: ‘I know, I’ll beat his a**.’

‘That’s what’s going to have to happen,’ Quivers added. ‘We can’t leave it to the Democrats.’

The host went on to assert his seriousness saying he already told his wife that he may have to serve his ‘civic duty’ and run for president if Trump makes another bid, which he has suggested he might.

‘I would just sit there at debate and play that f**king clip of him trying to fix the election, over and over again. There’s no way I’d lose,’ Stern said, referring to a phone call Trump made to Brad Raffensperger, Georgia’s secretary of state, in which Trump insisted there had been election fraud in the state and instructed the election official to ‘find more votes,’ after Joe Biden won it. 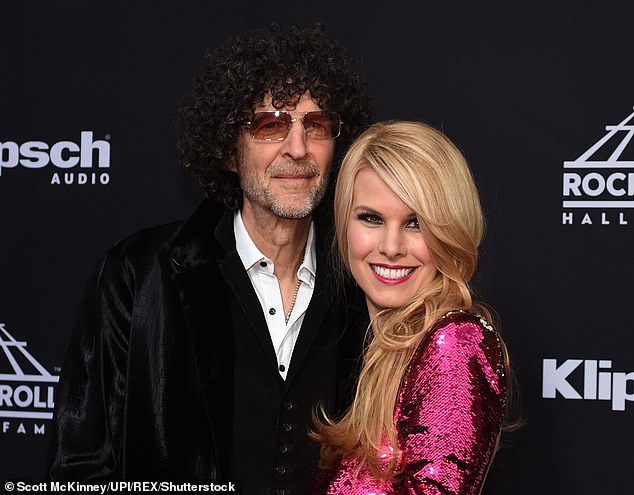 Stern (left) said he informed his wife, Beth Ostrosky Stern (right), that he may have to serve his ‘civic duty’ and campaign against Trump in the next presidential election 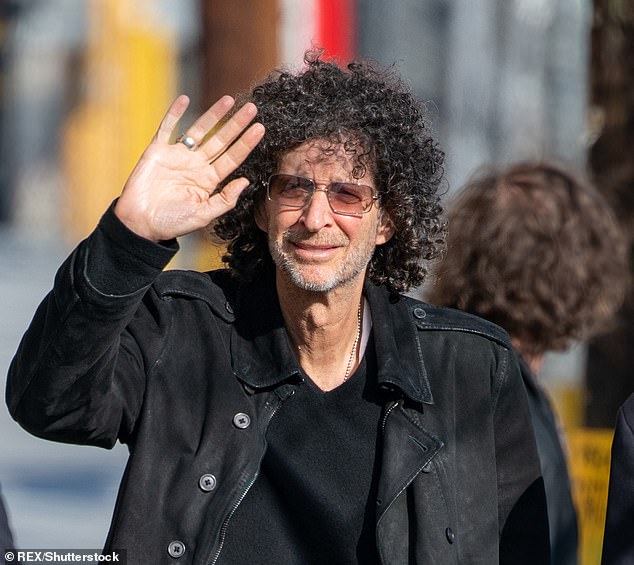 Stern is a longtime popular radio and television personality, comedian, and author best known for expressing his deliberately proactive opinions

Before his presidency, Trump was a recurring guest on Stern’s show with the host going so far as to call the former real estate mogul and reality TV-star a friend.

But throughout Trump’s rise in politics, the radio host became increasingly critical of him. Stern has also supported Trump’s opponents- Hillary Clinton in 2016 and Joe Biden in 2020.

Stern grew especially critical of Trump during his handling of the Covid pandemic.

‘I’m absolutely out of my f***ing mind about how this country is being run and what is going on,’ Stern said last year during the height of the pandemic.

While some listeners may have taken Stern’s comments as part of his shock jock routine, a presidential bid wouldn’t be the first time Stern tried his hand at politics.

In 1994, the radio host entered New York’s gubernatorial election as a Libertarian. But he dropped out of the race before election day when he learned he was required to disclose his personal finances.

Since losing the 2020 election, Trump and his associates have continued to tease a 2024 Trump ticket, without making any definitive statement. On Monday, the twice-impeached president said he will ‘probably’ announce his decision after next year’s midterm elections. 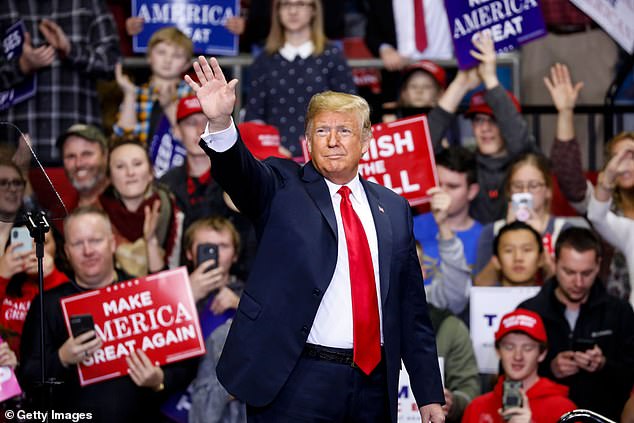 Trump continues to tease a potential 2024 White House bid, with his latest interview on Monday indicating he may have a decision as early as late 2022

The bombastic Republican leader dropped his latest hint in an interview with Fox, just under a week after Democrats underperformed in off-year elections across the country.

Trump said he’s ‘certainly thinking about’ mounting a 2024 White House bid, but it appears he’s waiting to see if Democrats’ poor performance will continue in 2022.

‘I think a lot of people will be very happy, frankly, with the decision, and probably will announce that after the midterms,’ he said.

But he attempted to muddy the waters about his future aspirations, claiming his frequent hinting that he’ll run in 2024 ‘doesn’t mean [he] will.’

‘It’s probably appropriate, but a lot of people are waiting for that decision to be made,’ Trump said.

According to that survey, first obtained by The Hill, 47 percent of registered GOP and Independent voters want him to run again.