A transfer student at an Arkansas high school, who turned the football team into a hot commodity, was initially deemed ineligible to attend the team’s playoffs.

But the decision quickly changed when the team’s senior star player got married to another student from the district – a little known rule at Mountain Pine High School that grants transfer students to participate in the activity.

Running back Dafavioun Haywood, 17, turned Mountain Pine’s 2016 losing streak around already at the start of the 2017 season. 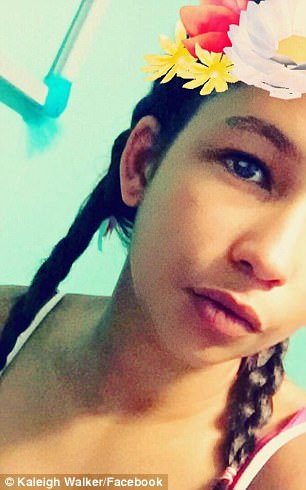 The team had a blow-out first game, winning 35-0 against Jessieville High School, according to KATV.

‘Mountain Pine has several good players, but this player has rushed for over 100 yards in every game,’ the local newspaper reported.

‘He has scored 16 touchdowns in seven victories.’

Haywood, who recently wed his high school sweetheart, Kaleigh Walker, has since moved in with the teen and her parents. 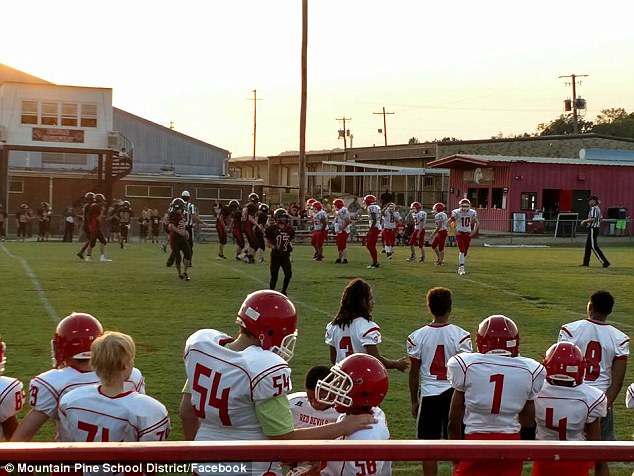 Haywood, 17, the Mountain Pine’s running back, turned the team’s 2016 losing streak around already at the start of the 2017 season 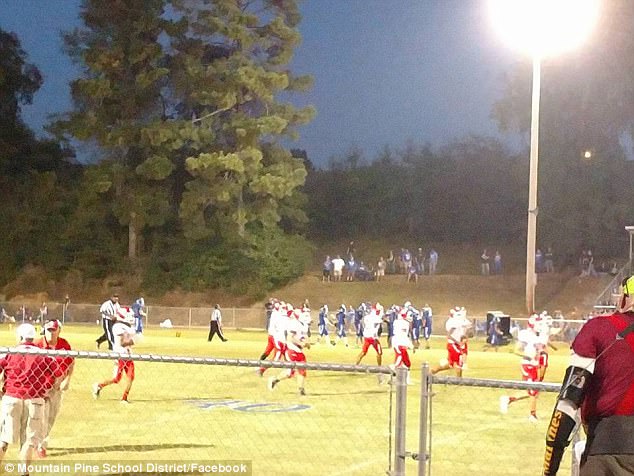 The team had a blow-out first game, winning 35-0 against Jessieville High School 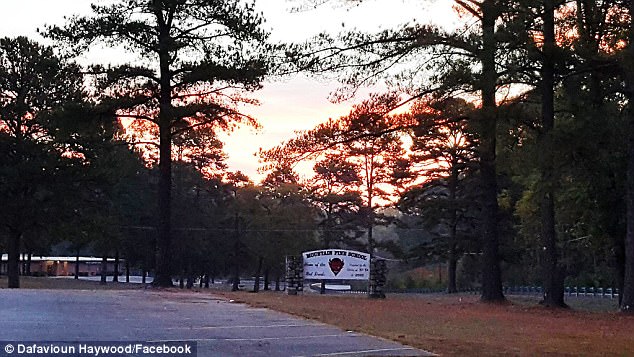 ‘Mountain Pine has several good players, but this player has rushed for over 100 yards in every game,’ a local newspaper reported

According to the athletics guidelines, Rule 16, Subsection A, Exception 6 states that if a ‘student is married and living with a spouse (who also has) an established domicile in the district one year prior to the marriage,’ would be eligible to participate in the said event.

‘So, we try to get kids eligible as long as they meet the rules that all students have to meet in our state,’ executive director of the Arkansas Activities Association, Lance Taylor said. 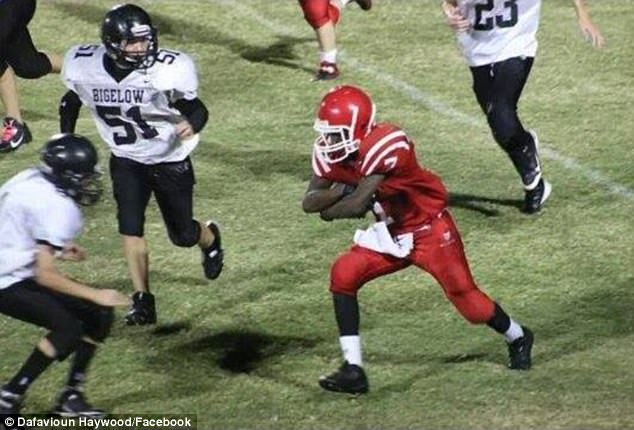 The school’s Rule 16, Subsection A, Exception 6 guideline requires a transfer student to be ‘married and living with a spouse’ to participate in the said activity

‘We’re in the participation business,’ he added, while speaking to KATV.

Superintendent of the school, Bobby Applegate, since confirmed the marriage was officially decided after Haywood learned of the school’s restrictions.

Harwood, who is originally from Hot Springs, will perform on the field alongside his teammates at the big games set to take place in the city’s county, Garland.

The teens and family members both declined to speak further on the matter. 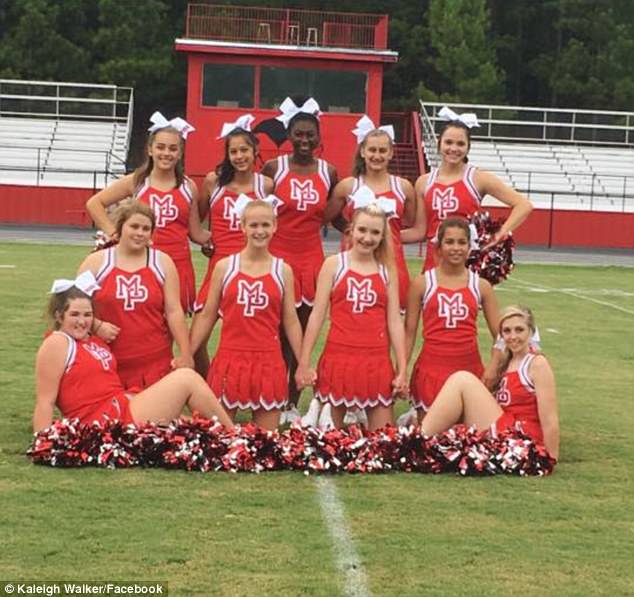 According to the couple’s Facebook pages, Kaleigh Walker (shown second from left), is a cheerleader at the Mountain Pine