Chinese tech giant Huawei has launched a charm offensive to end its blanket ban on working on the Australian 5G network, despite fears of cyber terrorism and spying.

Days after the UK made the surprise decision to use the controversial firm for its own network, the company is now hoping to win over Australian officials.

In a fresh push to enter the domestic market, Huawei said it hoped Scott Morrison’s government had a ‘different approach’ than that of former prime minister Malcolm Turnbull.

Turnbull’s government banned the company from building the National Broadband Network (NBN) in 2012.

But Huawei Australia senior executive Jeremy Mitchell told the Australian the company  is now hopeful it will ‘meet the requirements’ to be allowed to operate in the country.

He claimed to have already met with Communications Minister Paul Fletcher to discuss the ‘boundaries’ or ‘requirements’ that would be needed for Huawei to crack the Australian market.

‘We met the minister last year and he made it very clear to us that the government’s 5G policy as they see it is not vendor-specific and not country-specific,’ Mr Mitchell said.

‘And we said to him, that’s great to hear. 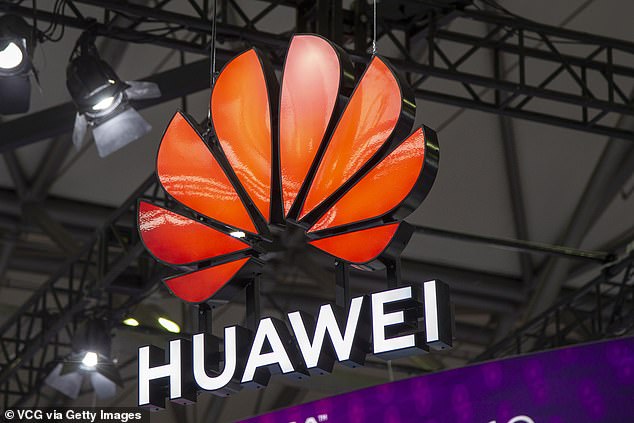 ‘Our question is, if [the UK] can do it, why can’t Australia? We hope we can have a good, sensible, fact-based talk and discussion about the possibility of using our leadership and innovation in Australia.’

WHY ARE PEOPLE WORRIED ABOUT HUAWEI?

Intelligence services claim the tech giant has close links to the Chinese government.

They fear that as long as there is a pipeline from Huawei’s China headquarters to cell towers across the world, there will be a risk of Chinese surveillance agencies using it to sneak malware into the network.

This could theoretically be used to pass on information to the Chinese authorities and spy on citizens.

Last year, the US imposed trade restrictions on Huawei over concerns about the company’s security and ties to the Chinese government.

Surveillance fears forced the Australian government to block Huawei’s plans in the country.

There are serious concerns that the company is used by the Chinese government to spy on foreign nations.

Its founder, a former member of the People’s Liberation Army, Ren Zhengfei has  rejected the claims – despite his daughter Meng Wanzhour being held by Canadian authorities.

Meng Wanzhou, Huawei’s chief financial officer, was detained in Canada last month at the request of U.S. authorities who allege she misled banks about the company’s control of a firm operating in Iran.

But Huawei has claimed the global concerns were unfounded, and even predicted the ban would cost Australia up to $11.9 billion in lost GDP by 2035. 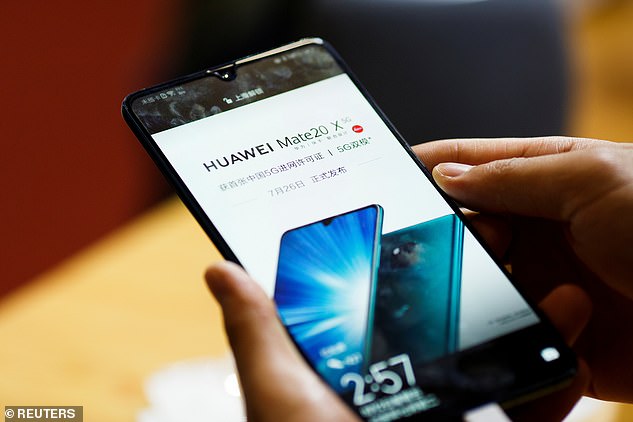 Huawei is one of China’s biggest technology companies, but has faced fierce criticism abroad over its link to the government (stock image)

On Wednesday, former senator Nick Xenophon accused Australia of basing its decision on ‘smear and innuendo’.

He insisted the UK had been through ‘an extensive, exhaustive and forensic process’ before deciding to allow the tech giant to play a limited role in its 5G network.

The former politician, who now does legal work for Huawei, told Sky News: ‘The UK made a decision based on the facts, not on smear and innuendo which has been the case here in Australia. 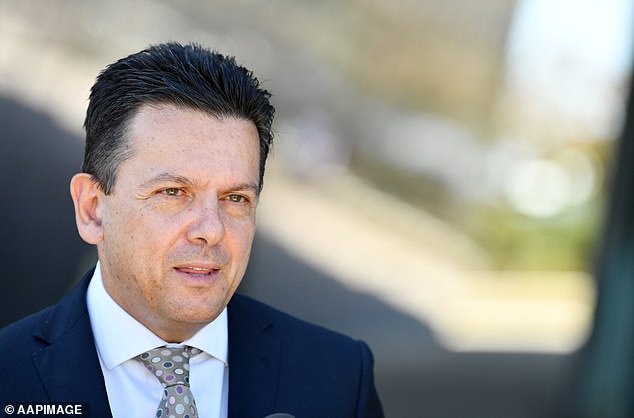 Former senator Nick Xenophon (pictured), who nows works with Huawei, said the Australian ban on the company was based on ‘smear and innuendo’

‘We have a situation where there will be incredible safeguards in the UK to ensure that national security isn’t compromised.’

‘The safeguards in terms of ensuring that there are no backdoor access for others to hack or interfere with the network, they are there.

‘There is constant scrutiny and forensic analysis to ensure there isn’t a compromise to the network.’

It comes as the UK prime minister Boris Johnson defended his controversial decision to allow Huawei to play a limited role in the country’s 5G infrastructure.

Under the compromise solution, Huawei equipment can be used in ‘non-core’ parts of the network. But its market share will be capped at 35 per cent 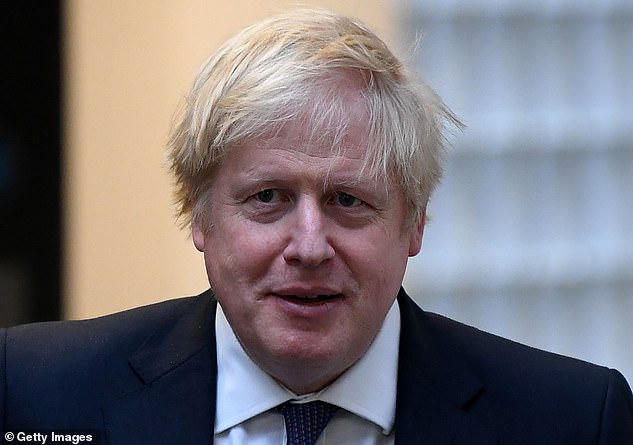 But there are fears it will jeopardise the Five Eyes intelligence-sharing alliance, where secret security information is shared between the UK, Australia, the USA, Canada and New Zealand.

The UK prime minister defied warnings from Australia and the USA by giving the green light to the Chinese firm.

US secretary of state Mike Pompeo, speaking to reporters on his way to London for talks with the government, warned that the presence of Huawei in a network caused a ‘real risk’ and suggested the UK could ‘relook’ at the decision in the future.

Huawei’s founder Mr Zhengfei was a member of the People’s Liberation Army before founding his technology company in 1987.

His ties to the Chinese Communist Party have made governments nervous, from Australia to India.

Britain’s security services classified Huawei as a ‘high-risk vendor’ because of its close links with the oppressive Chinese state.

But GCHQ and other spy agencies advised Mr Johnson that the risk could be contained provided Huawei remains banned from core functions.

Republican Senator Tom Cotton called for a review of US intelligence sharing with the UK, and likened the decision to ‘allowing the KGB to build its telephone network during the Cold War’.

He added: ‘I fear London has freed itself from Brussels only to cede sovereign to Beijing.’