US Secretary of State Mike Pompeo warned that China is the ‘threat of our times’ today as he made clear Washington’s anger over the Huawei decision.

Speaking before potentially tricky talks with Boris Johnson, Mr Pompeo said Beijing did not share the ‘values’ that the UK and America stand for.

He insisted that the US would always be ready to tell Britain ‘what the heck are you doing’ when it disagreed with moves such as allowing the Chinese firm a role in the 5G network.

But Mr Pompeo also stressed that the Special Relationship was strong enough to survive the differences, suggesting that intelligence sharing will not be seriously affected.

‘The truth is it is your best friends you call up and say ”what the heck are you doing”,’ he said at a think-tank event alongside Foreign Secretary Dominic Raab.

Mr Pompeo said he recognised the UK had come up with safeguards to provide ‘adequate protection for their citizens’.

But he said the decision on Huawei ‘creates risk’ and cautioned that the US will not let secret material pass over networks it does not believe is secure.

‘The Chinese Communist Party presents the central threat of our times. It is an enormous economy to which the American economy is deeply tied,’ he said.

Mr Pompeo added: ‘We think putting Huawei anywhere in your system is very very difficult to mitigate and therefore not worth the candle.’

Speaking before potentially tricky talks with Boris Johnson, US Secretary of State Mike Pompeo said Beijing did not share the ‘values’ that the UK and America stand for. 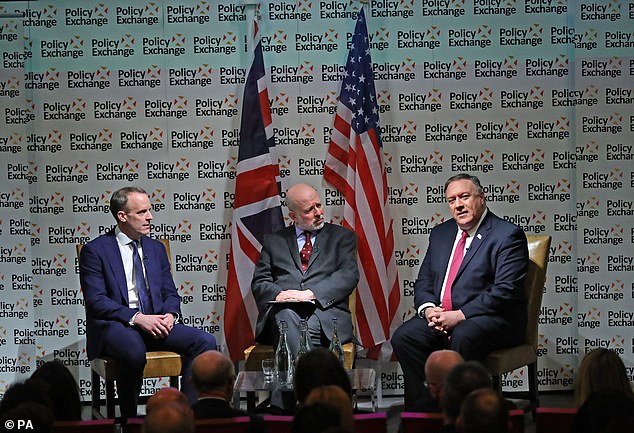 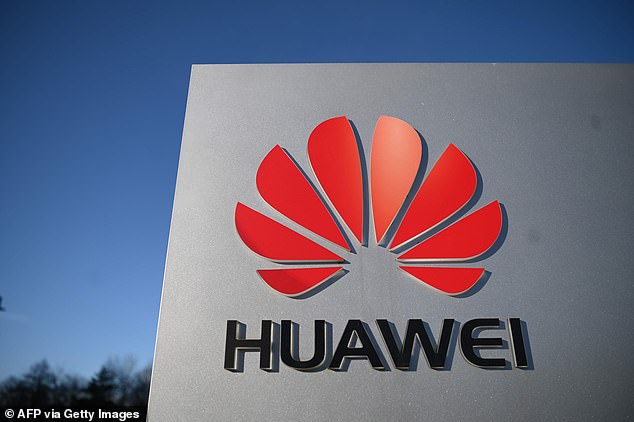 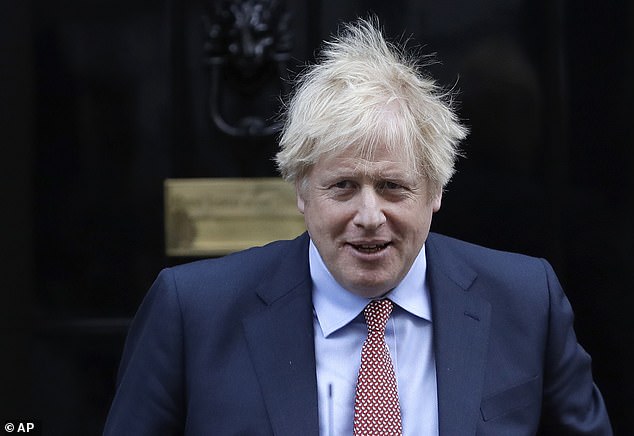 Mr Pompeo made no secret of his displeasure at the move as he arrived in London last night for his visit, branding the firm an ‘extension of the Chinese Communist Party’ and a ‘real risk’.

He insisted Britain should ‘re-look’ at the step, which followed months of wrangling with Washington and between ministers.

Mr Johnson has been desperately trying to defuse the spat and avoid a full-scale Tory revolt after the announcement on 5G.

Huawei has been classified as a ‘High Risk Vendor’. But ministers concluded that banning the firm would delay the roll out of 5G by up to three years, with massive knock-on costs for consumers and the economy.

In a compromise deal, the firm will be banned from involvement in ‘core’ infrastructure which has access to sensitive data, and will instead be restricted to supplying the ‘edge’ of the system, such as masts and antennae.

The firm’s total market share will be capped at 35 per cent.

The Prime Minister told Donald Trump earlier this week that Britain would work with Western allies to diversify the technology market and ‘break the dominance’ of companies like Huawei.

But Mr Pompeo, who will hold talks with the PM in Downing Street later, said he remained concerned about the potential impact on intelligence sharing and called on Mr Johnson to think again.

‘We’ll have to wait to see what they actually do and importantly how they implement what they’ve laid out,’ he said.

‘There’s also a chance for the UK to relook at this as implementation moves forward.’

He added: ‘We will make sure that when American information passes across a network we are confident that that network is a trusted one.

Downing Street insisted that the Huawei decision would have ‘no impact’ on the UK’s ability to share sensitive intelligence with allies, including the US, as this was already conducted via secure networks.

However, the PM is facing a growing mutiny among Tory MPs who want the Government to limit the firm’s use further or ban it altogether. 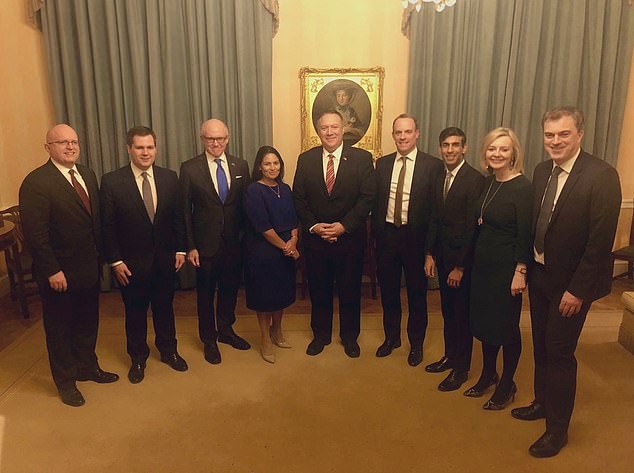 Ex-Cabinet minister Damian Green said yesterday that the scale of the revolt could even be big enough to overturn Mr Johnson’s huge 80-strong Commons majority.

Former Tory leader Sir Iain Duncan Smith said he would be pressuring the government to ensure the 35 percent market share cap on Huawei is forcibly reduced in the years ahead.

‘We want to see modifications and changes made,’ he said. ‘We want to see commitment to actually getting Huawei out of the system over a period of time. They’ve got more to do.’

Another senior Tory MP said rebels were considering possible amendments to the 5G legislation designed to either reduce the 35 per cent market share allowed to Huawei or to set out a legal timetable to exclude the Chinese firm by a set date.