David Moss, Huddersfield’s former sporting director, was sacked by the club after a break-down in relationships across the football department including with manager David Wagner, it can be revealed.

Huddersfield announced the abrupt departure in October as by ‘mutual consent’ and the reasons were kept secret.

But Sportsmail can report Moss was told to leave his post just five months after his appointment as senior members of the club’s hierarchy judged his position untenable.

Moss has since spoken about his experiences at Huddersfield and taken credit for the signings that have seen Wagner’s side exceed expectations to sit 11th in the Premier League.

That has raised eyebrows at the John Smith’s Stadium, with Wagner said to be particularly perplexed at Moss’ version of events given the vast majority of players brought into the club were driven by the German.

Moss was behind the capture of Laurent Depoitre, who has impressed in scoring five Premier League goals. But Moss’ suggestion he pressed Wagner into starting the Belgian striker is expected to be strongly refuted by the Huddersfield manager, who never doubted Depoitre’s quality but first had to get him match fit through tailored training sessions. 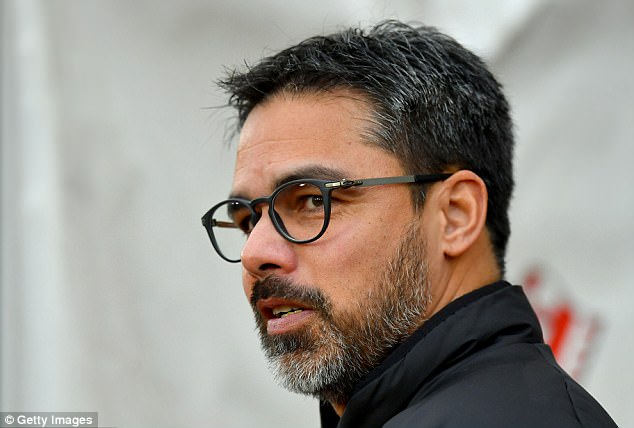 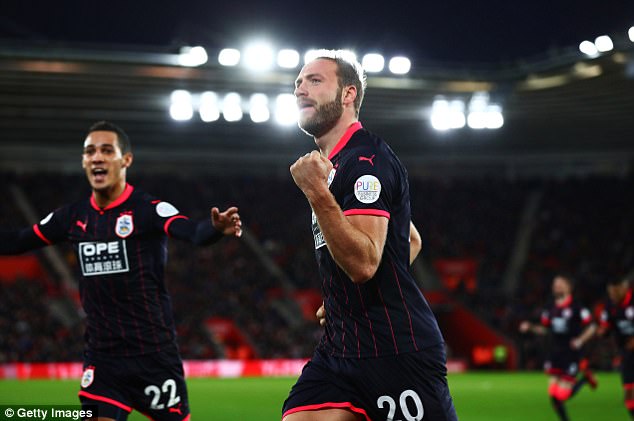 Moss was behind the capture of Laurent Depoitre, who has scored five Premier League goals

Multiple insiders have told Sportsmail that Huddersfield’s impressive summer recruitment owed the largest debt to Wagner, who utilised his contacts to find targets and then convince them to sign, and owner Dean Hoyle, who took a close approach and boldly sanctioned the money required.

It is said that Moss’ previous career experience, namely seven years as Celtic’s head of recruitment, meant his area of expertise lay elsewhere than transfer and contract negotiations and he sought advice on such matters from colleagues. 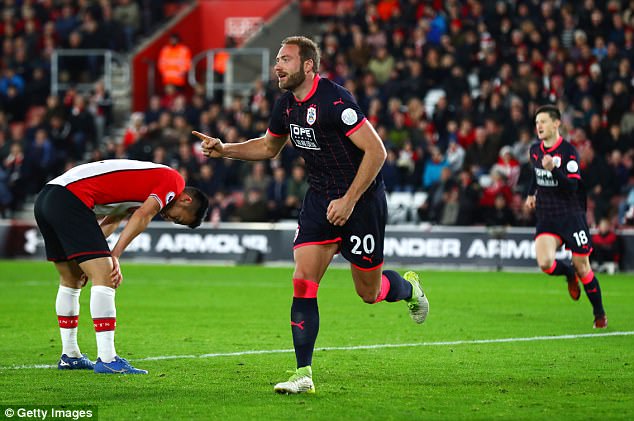 Amid bitter recriminations behind the scenes Moss is understood to have questioned Wagner’s methods and considered himself ‘board level’, leading Huddersfield to quickly re-evaluate his position and decide there was only one course of action.

In an interview with the Guardian, Moss said: ‘As a sporting director I helped players play in the Premier League, and I could see the excitement in their eyes at signing for a top-flight club.

‘Now I’m in a position where I can help clubs sign players they might otherwise not have known about through the contacts I’ve built up. I can source players outside their normal channels, and help players from abroad find a way to play in England.

‘Leaving Huddersfield came out of the blue but, in life, things happen which throw you in a different direction.’