A 6.9 magnitude earthquake has struck off the coast of Papua New Guinea, triggering a tsunami warning for nearby coastlines.

The quake struck at a depth of 10km, about 162 kilometres from the town of Rabaul on New Britain Island, about 7.25am on Friday.

There have been no immediate reports of damage or casualties, though one hotel worker told Reuters her guests ran out of the building in fright.

The tsunami warning was later called off.

Little more than a month ago, the country suffered a lethal 7.5 magnitude earthquake.

A 6.9 magnitude earthquake hit off the coast of Papua New Guinea on Friday morning, sending people running out of buildings and triggering a tsunami warning 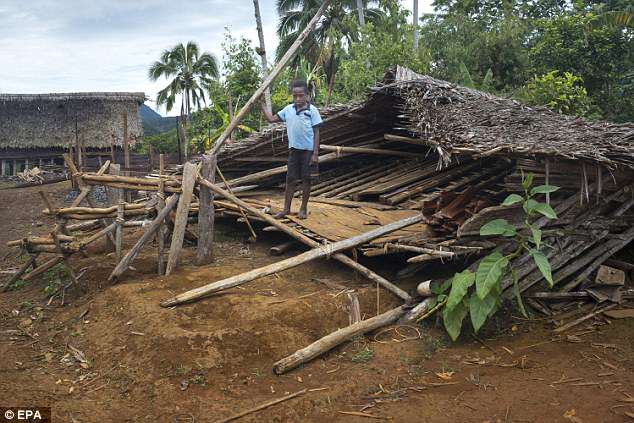 The quake hit about 7.25am on Friday, just weeks after a 7.2 magnitude quake destroyed villages (pictured is the damage from an earthquake in PNG just weeks ago)

At least 100 people in the Enga province died in the quake on February 26, and massive landslides saw entire villages buried.

The townspeople spent weeks trying to determine the damage caused by the quake, and are still struggling to get aid to the most remote and worst affected areas.

Water supplies also took a hit on the country’s main island after they were damaged by the tremors.

Papua New Guinea is no stranger to earthquakes, as it sits on the ‘ring of fire’ in the Pacific Ocean. 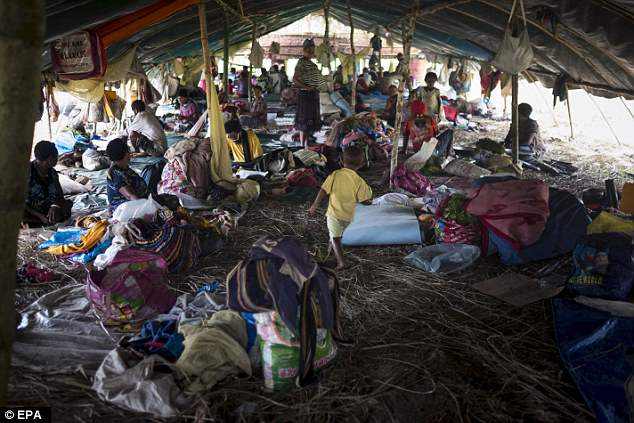 The February 26 quake buried entire villages and killed more than 100. The Enga region is still trying to recover