Huge brawl between Kurds and Turks at Hannover airport

A mass brawl has broken out at a German airport, sparked by demonstrators protesting about Turkish military action against Kurdish fighters.

Kurds who had gathered at  airport for the protest came under attack from Turkish Airlines passengers, haz.de reported.

Video shows protesters waving flags exchanging punches with a group of men, who ran towards them, and some of the flags being used as improvised weapons.

According to haz.de, the police had to use pepper spray to separate both sides. 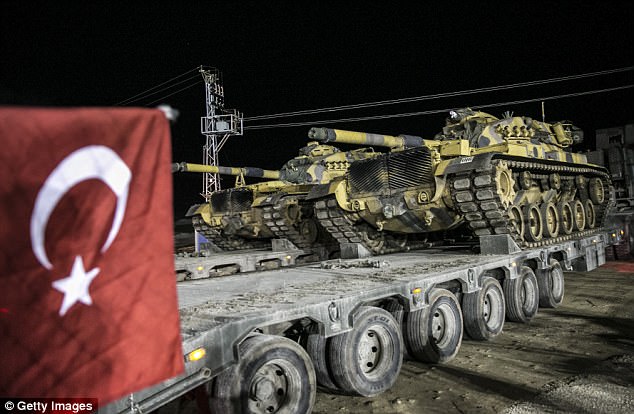 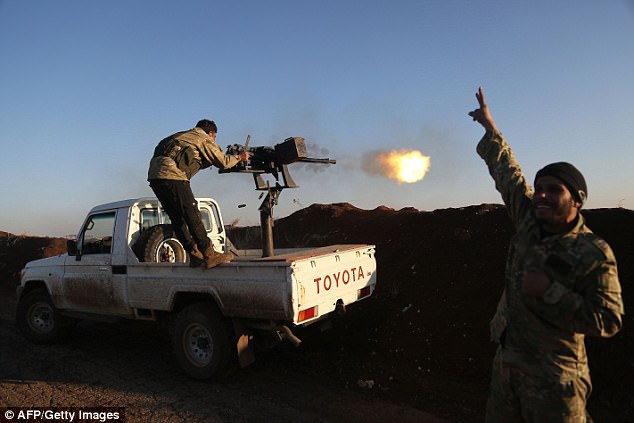 The brawl began by the Turkish Airlines desk at the airport’s Terminal B, Neue Presse reported.

Turkey’s army launched a major air and ground operation, accompanied by allied Syrian rebels, in northern Syria at the weekend in a bid to oust the US-allied Kurdish YPG militia.

It considers the YPG to be a ‘terrorist’ group, as well as the Syrian offshoot of the Kurdistan Workers’ Party (PKK), which has waged a bloody three-decade insurgency against the Turkish state.

On Monday Turkish soldiers and their Syrian allies launched a new attack on the Kurdish militia from Azaz, about 20 kilometres to the east of Afrin, as part of ‘Operation Olive Branch’.

‘We will take no step back. We spoke about this with our Russian friends. We have an agreement,’ said Turkish President Recep Tayyip Erdogan

The Britain-based Syrian Observatory for Human Rights says 21 civilians – including six children – have been killed in the operation but Ankara says it has only hit ‘terrorists’.