Don’t know where to look! Huge brawl breaks out between McDonald’s employees and customers as second tussle outside the restaurant sees a man’s pants fall down as he fights on the hood of a car

A shocking scene took place at a Louisiana McDonald’s.

While costumers and workers were fighting inside the fast-food chain, two others were wrestling on the hood of a car outside.

The footage shows multiple people involved in a nasty fight inside the McDonald’s restaurant.

The camera than pans over to show a person with their pants down, appearing to struggle with another person on the hood of the car. 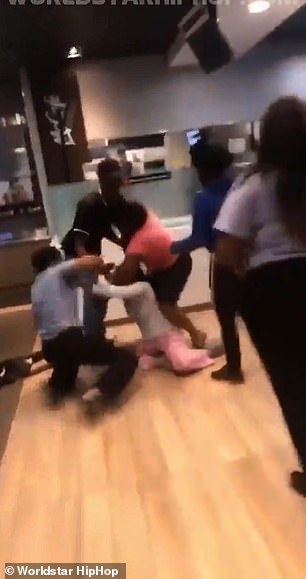 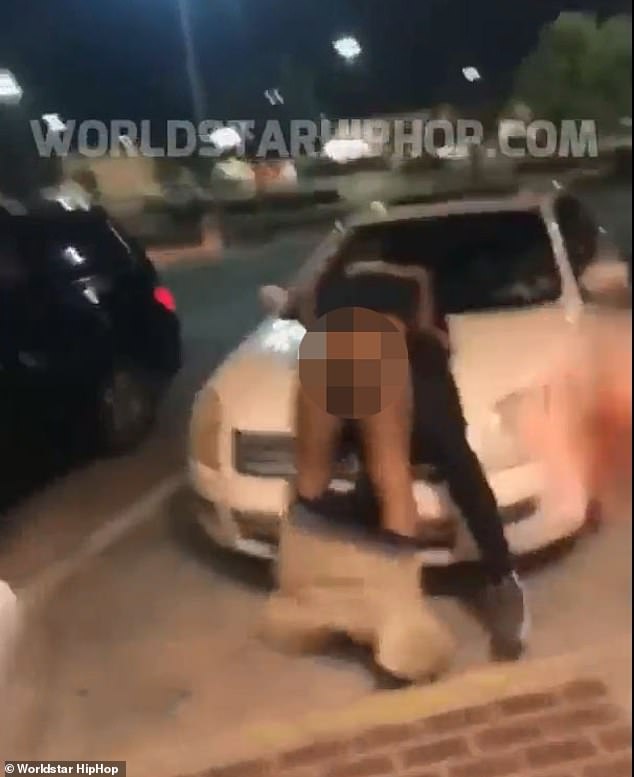 Meanwhile, two men wrestle on the hood of a car as one’s pants fall down

The camera pans back and forth between inside and outside.

Earlier reports said that those on the hood of the car were having sex, as the person on top’s bare buttocks is exposed.

However, it appears the two men were fighting.

The video was posted on World Star Hip Hop with the caption: ‘This went down in Louisiana McDonald’s. Flip Flops & weave everywhere.’

It’s unclear who exactly is involved and why the brawl began in the first place.

However, an employee is seen attempting to pull another worker in uniform away from the fight.

This comes as multiple videos have caught customers and McDonald’s employees brawling. 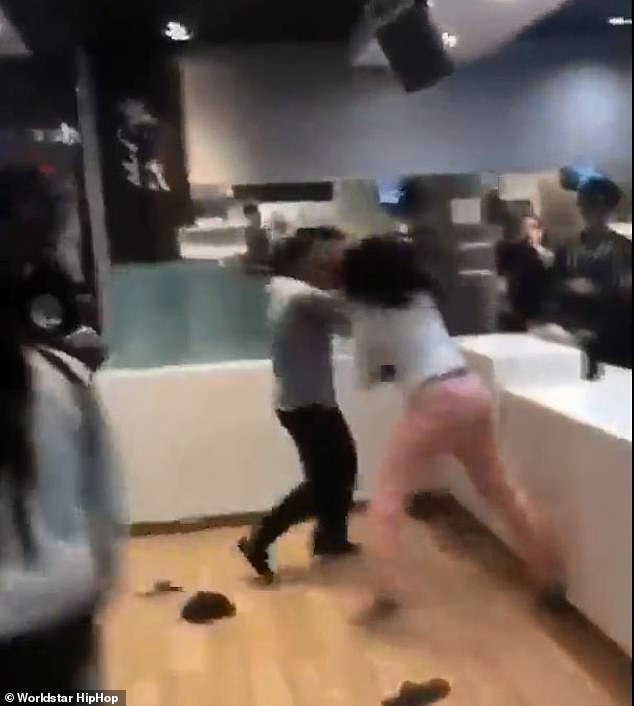 The chaotic scene was captured on video and shared online