A new blood test that could save thousands of terminal cancer patients is being trialled in Australia.

The breakthrough tests, known as circulating tumour DNA testing, or ctDNA, could mean previously untreatable cancers are beaten, giving a much-needed lifeline to thousands of families.

Melbourne cardiothoracic surgeon Bruce Davis, who was diagnosed with t-cell lymphoma in 2013, owes his life to the pioneering blood test.

He underwent a series of chemotherapy treatments and immunotherapy, but the disease came back and spread to his stomach and brain.

When he received ctDNA testing, he was just days from death.

WHAT IS CIRCULATING DNA TESTING?

Circulating tumour DNA are shards of of DNA shed by cancer cells.

By isolating the DNA though a blood test, specialists can gain an accurate diagnosis and personalise treatment options.

It replaces the need for invasive biopsies, and is more effective in determining diagnosis, prognosis and treatment options.

Doctors can also use genomic sequencing to gain an understanding of any DNA changes that have taken place, and what has caused the cancer to grow.

Treatments can therefore be tailored to suit he individual and further blood tests can monitor the effectiveness.

Haematologists were able to isolate protein usually found in melanoma as a result of the ctDNA test and developed a treatment to target the protein and attack the cancer.

Professor Miles Prince was one of the doctors treating Mr Davis and said he was deteriorating rapidly before the treatment.

‘Unbelievably, we gave him a particular drug, he had a huge fever and it was almost like the movies – he woke up the next day like a new person,’ he told The Australian.

Mr Davis is now in remission and said the drug had a ‘miraculous effect’.

Leading haematologists Piers Blombery said the treatment is particularly useful for people who have cancer in areas where a biopsy can’t be performed, such as deep in the brain.

The test replaces the need for biopsies by using a blood sample to test the DNA of cancerous tumours, providing a more accurate diagnosis and allowing for personalised treatment options.

‘Every cancer is different and genomics testing such as the ctDNA panel gives clinicians more details about what drives the individual patient’s tumour cells.

‘It can give you more accurate diagnoses, prognoses and ultimately more treatment options.’

Professor Prince the test could monitor the way cancer patients respond to treatments the way blood glucose is monitored in diabetics, and could save people from receiving the wrong treatments.

He has campaigned to the federal government to fund the testing, claiming it could save lives on a daily basis. 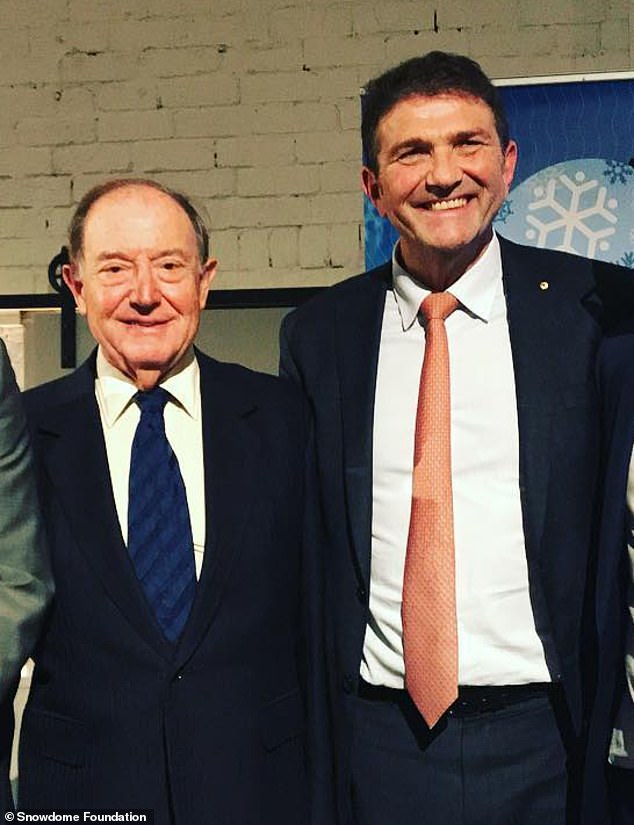