Glass Onion: A Knives Out Mystery has unsurprisingly been a huge hit on Netflix, debuting straight at the top of the most-watched lists following its release on 23rd December.

The sequel to the 2019 film Knives Out, sees James Bond star Daniel Craig reprising his role as master detective Benoit Blanc as he takes on a new case revolving around a tech billionaire and his old friends.

But it is 37-year-old singer-songwriter Monae that has been sparking debate on Twitter.

Janelle Monáe, 37, (pictured) stars alongside Daniel Craig in the new Glass Onion: A Knives Out Mystery Netflix film, which aired on 23rd December

The Kansas-born star plays outcast entrepreneur Andi, who is believed to have been murdered.

However, although being from a southern state, Janelle has been chastised on the social media platform for her deep south accent.

While some people loved her and believed her to carry the film, others remained unconvinced and outraged over her accent.

However, it was still Daniel Craig that received the most criticism for his Louisiana accent. 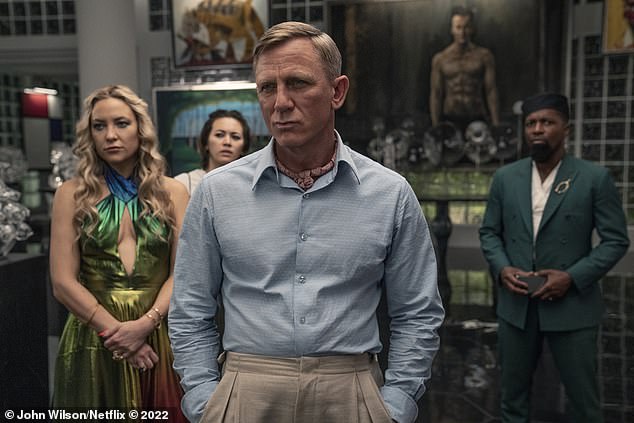 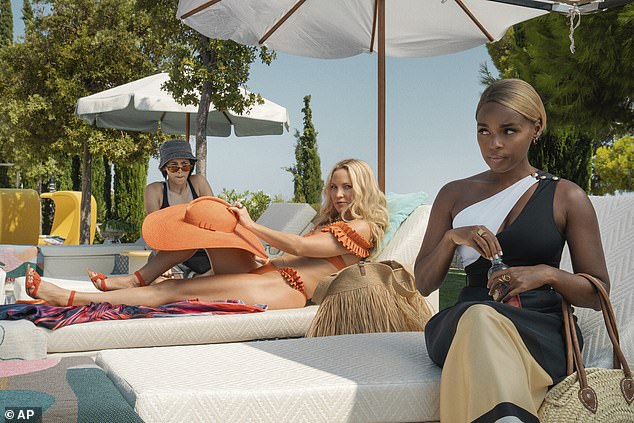 Janelle and Craig have both been criticised for their deep southern accents in the film, with many fans taking to Twitter to blast them for their efforts 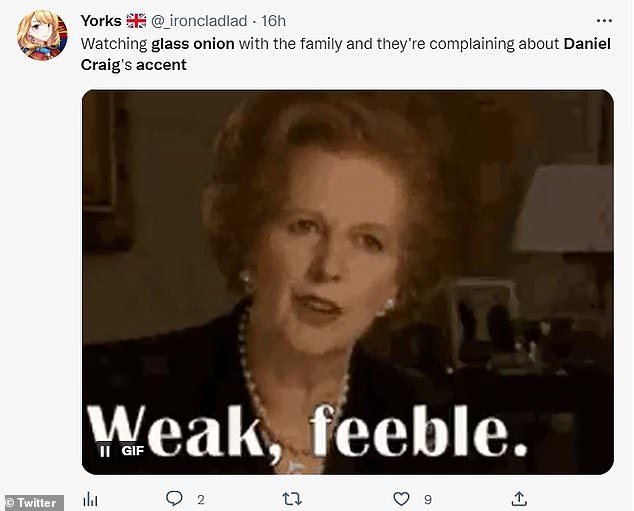 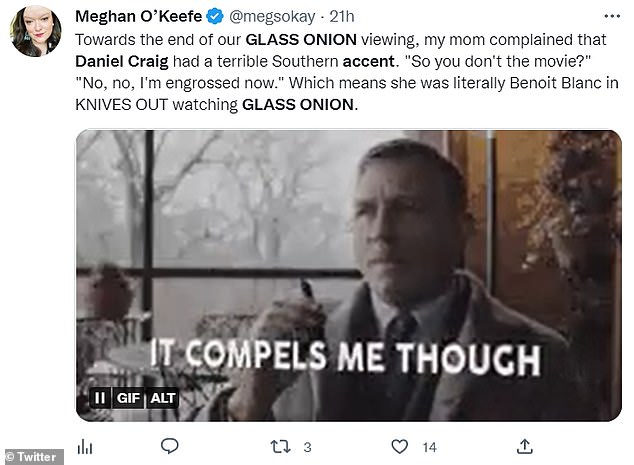 On Twitter one person said: ‘Glass Onion was a good time but god at what cost (Daniel Craig’s horrible attempt at a southern accent)’

While a third commented: ‘Glass Onion was great but Daniel Craig needs to be formally banned from ever doing a louisiana accent again i say this with love’

And a fourth said: ‘Glass Onion was so much fun! Silly and tongue in cheek, Daniel Craig and his ridiculous accent, janelle monae killing it what more could you want’

And someone else tweeted: ‘Another Boxing Day indulgence, we watched #GlassOnion, where I didn’t find Daniel Craig’s accent as weird as before, and thought it was like a colourful, very hi-tech, mash up of every Poirot and Scooby Doo, as well, at the finale, as like seeing tons of money burn’

Janelle on the whole was more convincing than Craig, but being from a southern state it isn’t surprising.

Some people where convinced by Janelle’s accent and commented on how good and believable it was, especially in comparison to Daniel Craig’s

Someone tweeted: ‘Glass Onion lived up to its promise, usually sequels fail to live up to standards. Daniel Craig with his southern accent is both hot and trippy, Janelle Monae should be cast for more bigger roles cause she is so good. Kate Hudson still makes me blush’

Another commented: ‘Janelle Monae ate in glass onion!! I wouldn’t be surprised if the southern accent is real and she’s been fooling all of us from day 1 #GlassOnion #GlassOnionKnivesOut #janellemonae’

And a fourth tweeted: ‘Being someone who was born and raised in Birmingham, AL, I thought Janelle Monáe’s accent in #GlassOnion was very good and believable!’

However, not everyone was convinced about Janelle’s accent and gave reviews similar to that of Craig’s.

Some people were unconvinced about Janelle’s accent and asked why her ‘southern Alabama accent [is] so bad?’

A fan tweeted: ‘Love Janelle Monae down but her Southern accent in Glass Onion is horrendous.’

While a second posted: ‘The real Glass Onion was Janelle Monáe’s Alabama accent. What was going on there’

And a third said: ‘I love me some Janelle Monae but baby this accent in Glass Onion… Whew’

Someone else got technical: ‘Glass Onion was an entertaining movie that had plenty of star power, but why was Janelle Monáe’s southern, Alabama accent so bad? I was willing to look past the scientific inaccuracy of it’s portrayal of hydrogen, but the writers should have really changed her backstory.’

Janelle Monae is effortlessly chic in a black polo neck jumper and velvet skirt at the Paris premiere of Glass Onion: A Knives Out Mystery

‘Egos can clash’: Daniel Craig discusses his co-stars and the ‘funny’ atmosphere on set of Glass Onion: A Knives Out Mystery

As Lord Digby Jones criticises Olympics presenter Alex Scott: Is it ever OK to shame someone for their accent?