Passengers on Virgin Australia are facing major delays after the airline’s check-in system went down on Monday afternoon.

The technical issue has resulted in some flights being delayed, and extreme congestion at a number of ports, the airline advised on its Twitter account.

‘Our IT teams are currently working to resolve this issue,’ the airline said in a statement.

‘We apologise for the inconvenience caused and will keep you updated as more information comes to hand.’

The airline has since released a statement announcing service has been restored. 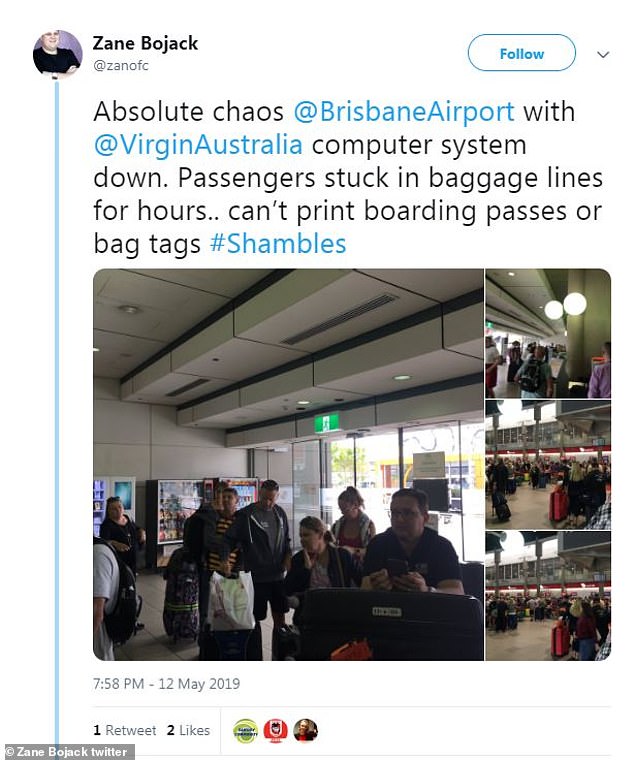 Passengers described the scene as ‘absolute chaos’, with nobody able to print out a boarding pass

A spokeswoman for Virgin Australia told Daily Mail Australia: ‘The issue has been resolved and guests are being processed as normal for their flights.’

The cause of the outage is being investigated and the airline is still trying to figure out the impact it has had on flights, she said.

The company’s online flight status feature shows some have been delayed by up to two hours.

‘Our main focus is to get guests on their way as soon as possible’. 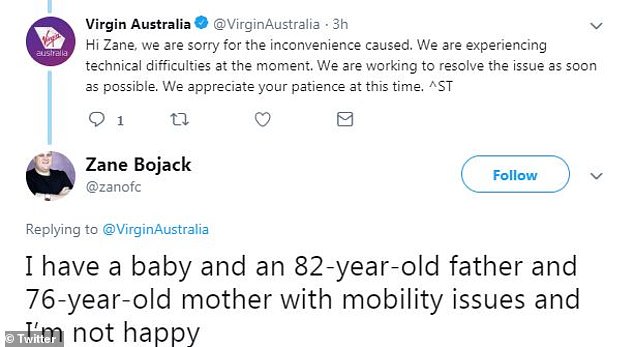 Furious passengers have flooded Twitter to complain of being left on planes for 50 minutes, delayed flights and missed connections.

One person described the scene as ‘absolute chaos’, with passengers ‘stuck in baggage lines for hours’.

Another passenger tweeted that his flight had been sitting off the runway in Perth for 30 minutes with no updates.

‘I have a baby and an 82-year-old father and 76-year-old mother with mobility issues and I’m not happy,’ said another.

But some chose a more positive path and instead commended the airline for its constant updates and face-to-face communication.