A huge fire has broken out at a seafront warehouse triggering a mass evacuation of nearby buildings.

Eight fire engines are currently on scene fighting a blaze inside a storeroom at a builder’s merchants on Hove Lagoon.

The flames at Chandler Building Supplies are believed to have broken out at 8.44am, with nearby residents in the Portslade area of Hove told to close their windows and doors for fear of smoke inhalation.

Neighbours have reported hearing explosions on social media. There are no reports of any injuries. 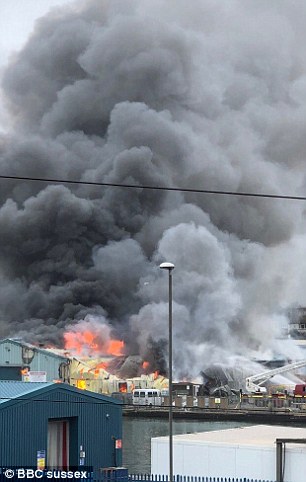 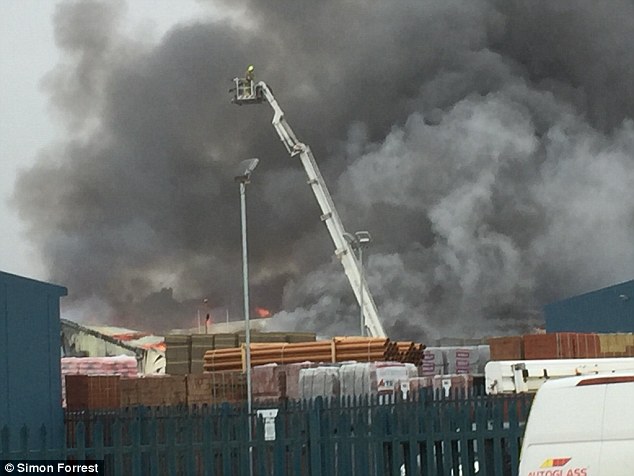 The blaze broke out at 8.50am this morning with 30 firefighters and six fire engines on scene 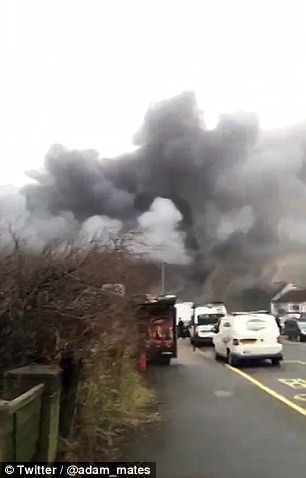 Pictured: Huge clouds of smoke are seen billowing across Hove skyline in East Sussex this morning

Large plumes of thick dark smoke can be seen billowing across the skyline of the East Sussex coastline.

One neighbour tweeted: ‘Big fire in Chandler’s building supplies warehouse at Hove Lagoon. We heard a couple of explosions, but fortunately it seems everyone got out.’

‘Apparently in Chandlers building. Started by a disc grinder sparking according to eyewitness.’

A spokesman for East Sussex Fire and Rescue said: ‘Six appliances have responded to to a large fire at Chandlers building supplies in Basin Road, Portslade.’

‘People are being advised to stay out of the area and residents told to shut their windows and doors.’ 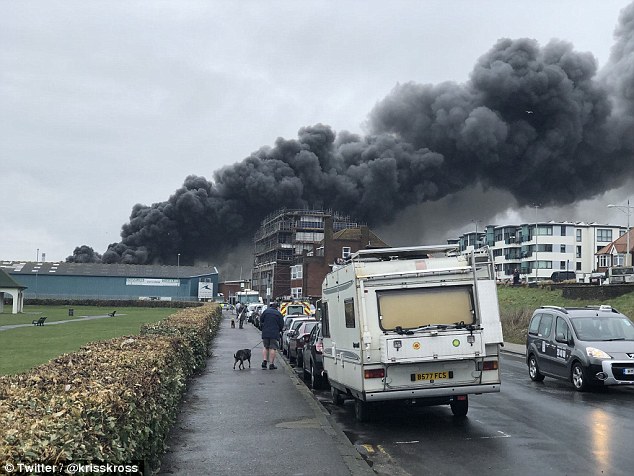 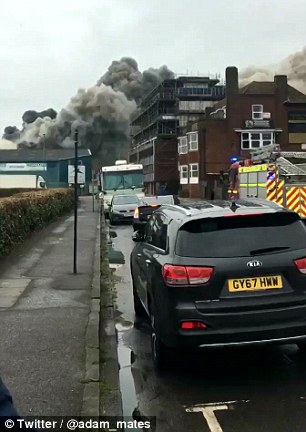