The blaze began inside a vacant five-story building on East 7th Street just before dawn on Saturday, before flames spread to the neighboring house of worship, which was built back in 1891.

Dozens of firefighters descended on the scene in a bid to save the structure, but its inside has been destroyed. Four firefighters are reported to have sustained minor injuries while trying to douse the inferno.

Crews are still working to save the steeple of the church, according to ABC-7, but a commanding officer told New York state Senator Bard Hoylman that the structure may not stand.

Middle Collegiate is a Protestant church with around 1,300 congregants.

Minister Amanda Ashcraft told ABC-7  that the sanctuary inside the church is ‘not in good shape’ and that ‘beautiful Tiffany stain glass windows have been destroyed’.

‘This is a horribly sad day for our congregation and for this neighborhood,’ she stated.

Investigators are still on the scene tried to determine what sparked the blaze. 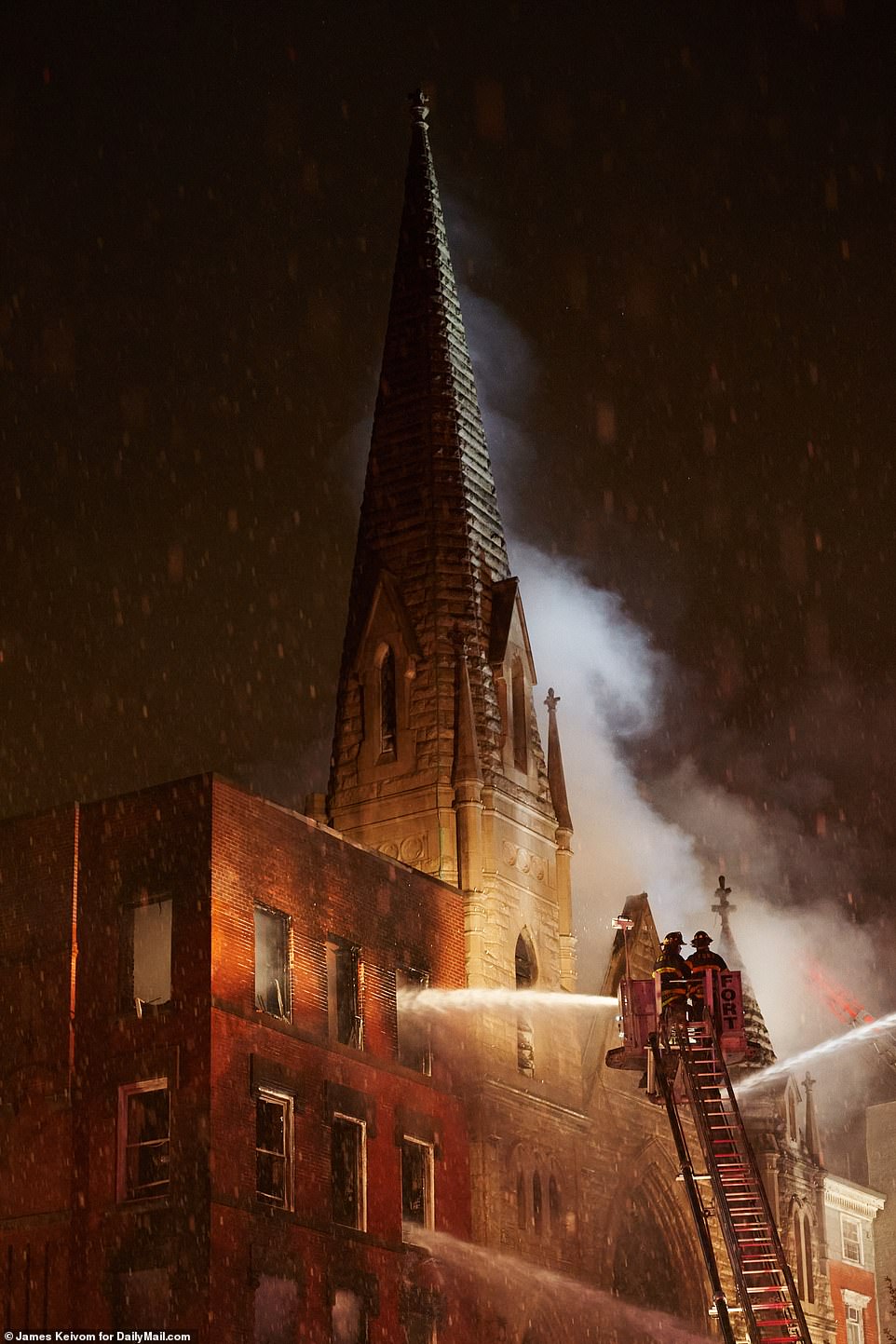 The roof of the church has been destroyed, but firefighters are trying to save its steeple 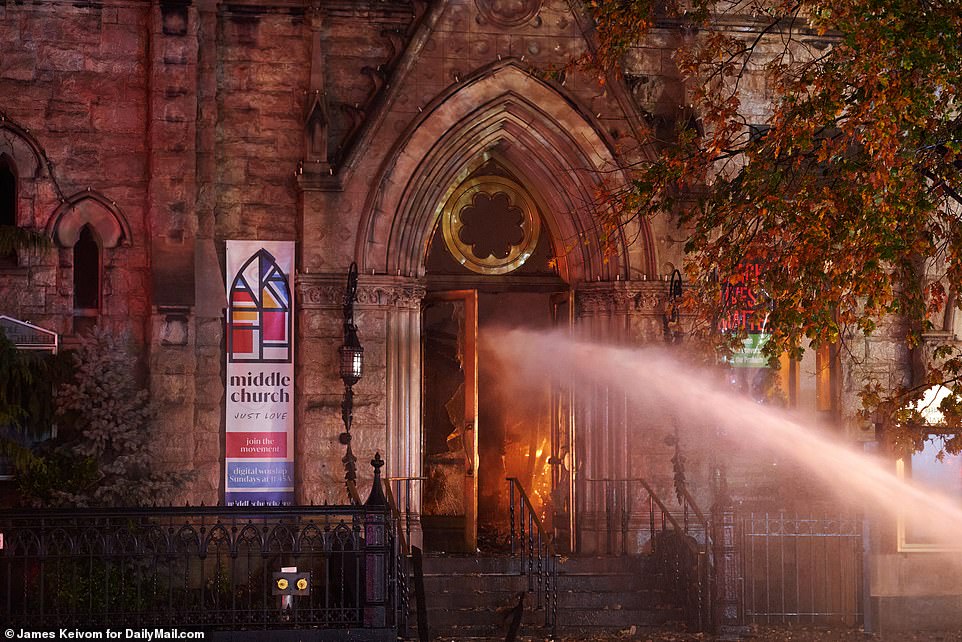 The inside of the historic structure was completely gutted by fire 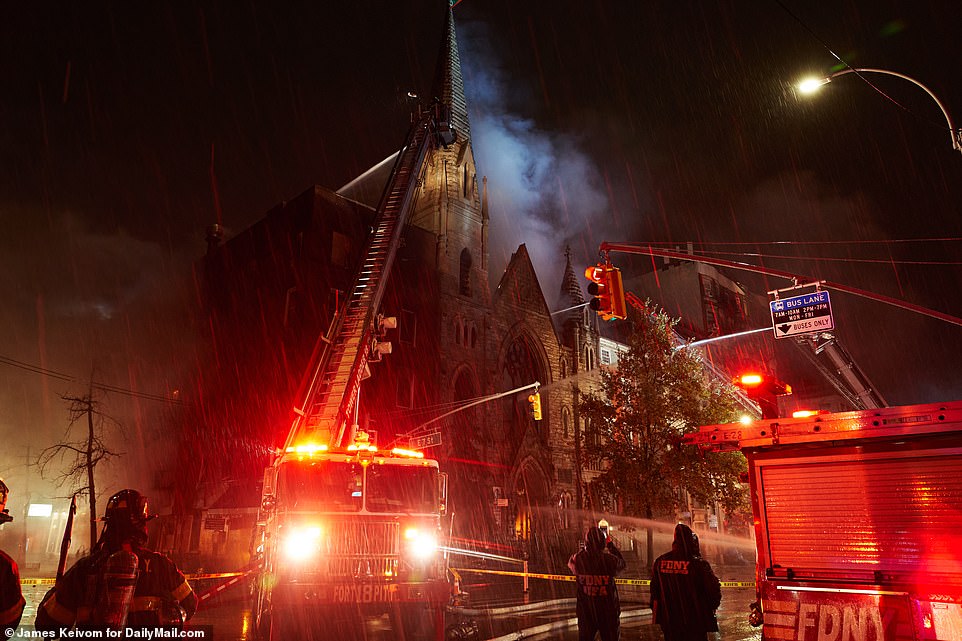 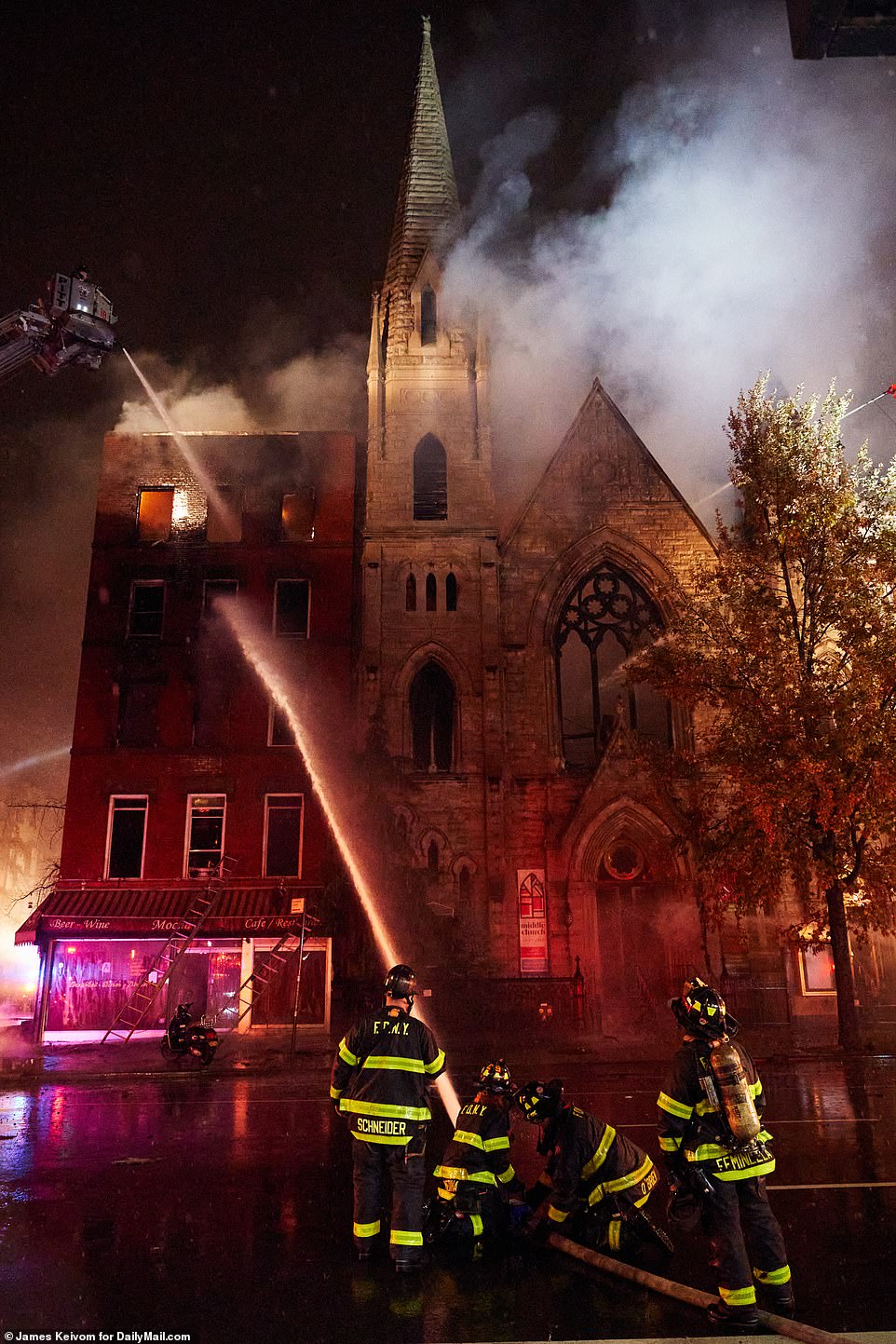 Fire crews used ladders to reach the flames on the fifth floor of the vacant building. However, it wasn’t enough to salvage the structure, with the roof completely destroyed 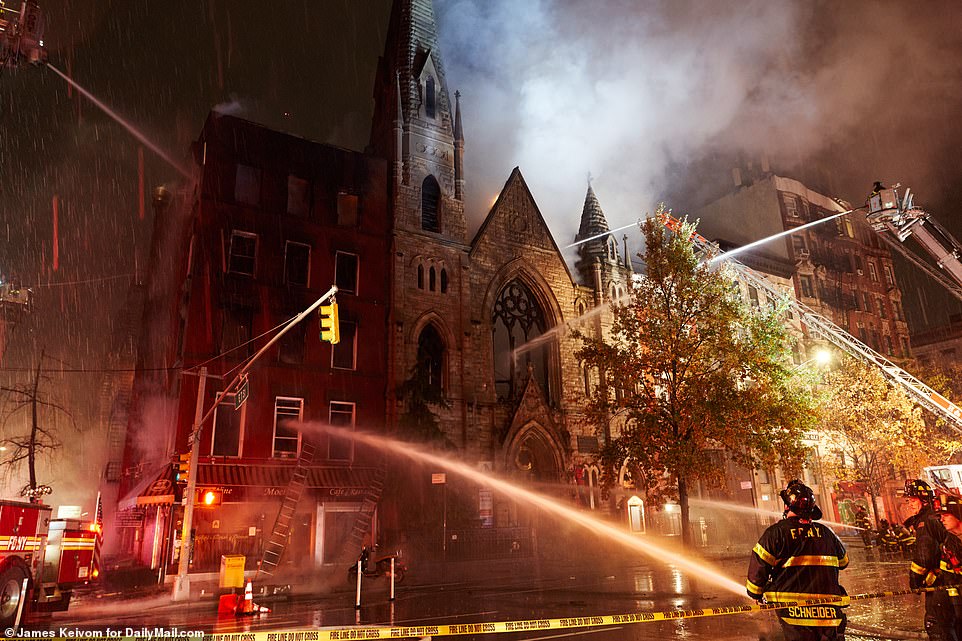 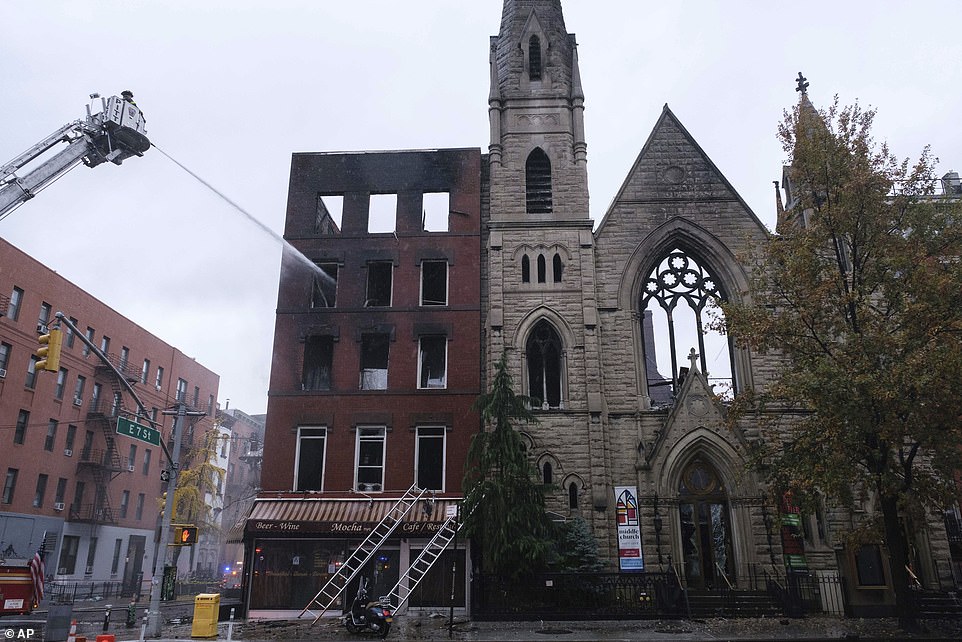 The blaze began inside a vacant five-story building on East 7th Street (left) before flames spread to the neighboring house of worship, which was built back in 1891 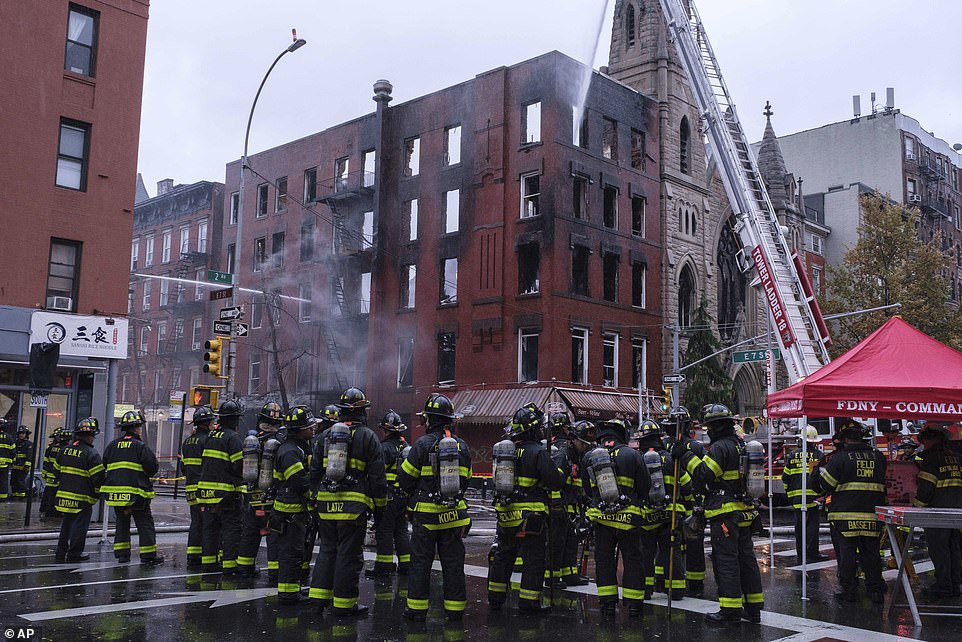 According to ABC-7, the five-story building where the blaze began has been empty since February due to another fire, which was determined to be accidental.

Meanwhile, flames from Saturday morning’s blaze also spread to a third building – an apartment block where people were sleeping.

Thankfully, all the occupants managed to escape without injury.

One occupant of that building told ABC-7: ‘I opened the door to my room,  I’m on the top floor too so I didn’t know where the fire was coming from, smoke all in the stairwells, hallways and I was like we gotta get out, we gotta get out.

‘So we started running down the stairs and firefighters were coming up … luckily, our whole building got out first.’ 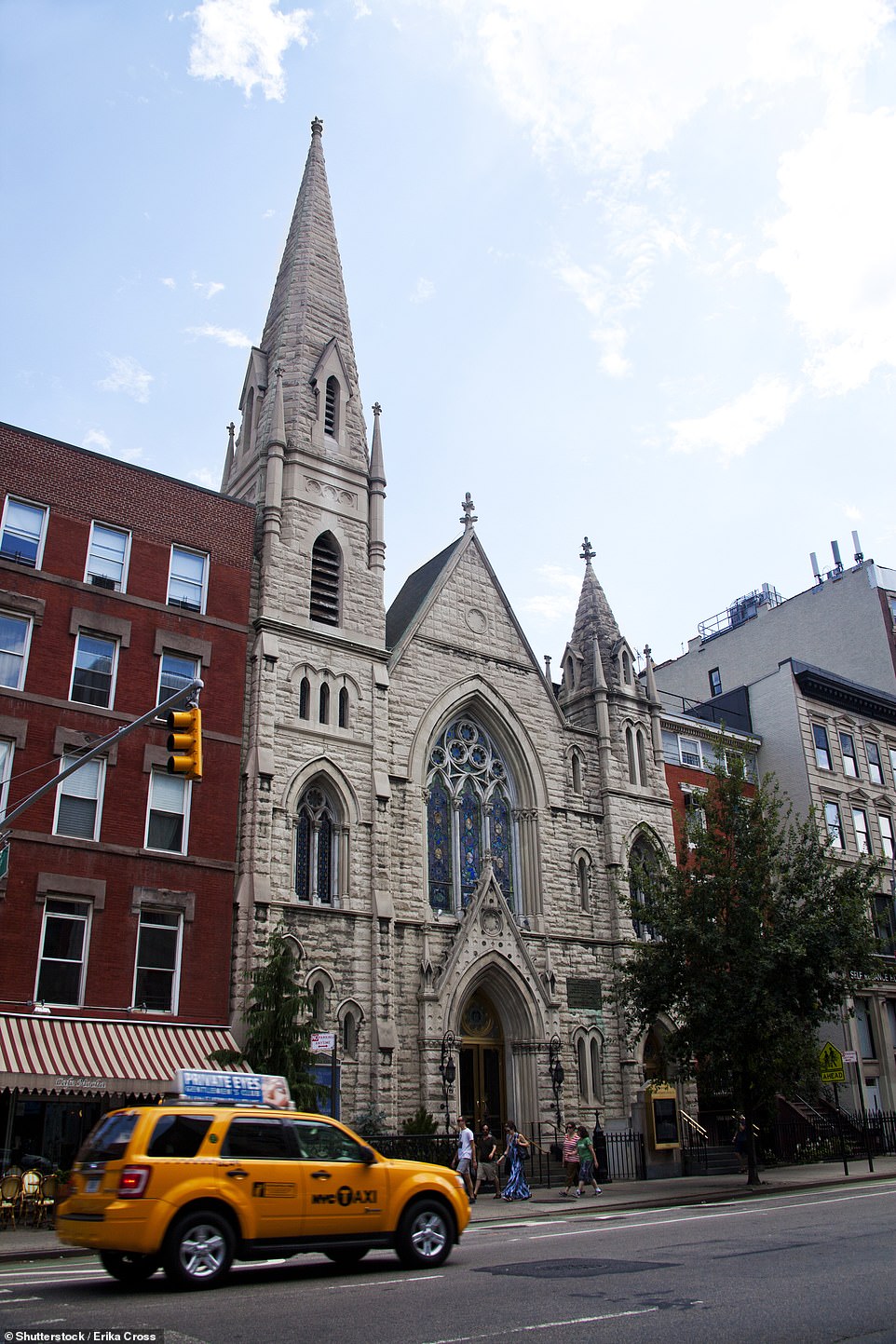 The historic Middle Collegiate Church was built back in the late 19th Century. It currently has around 1,300 congregants. It is pictured back in 2012 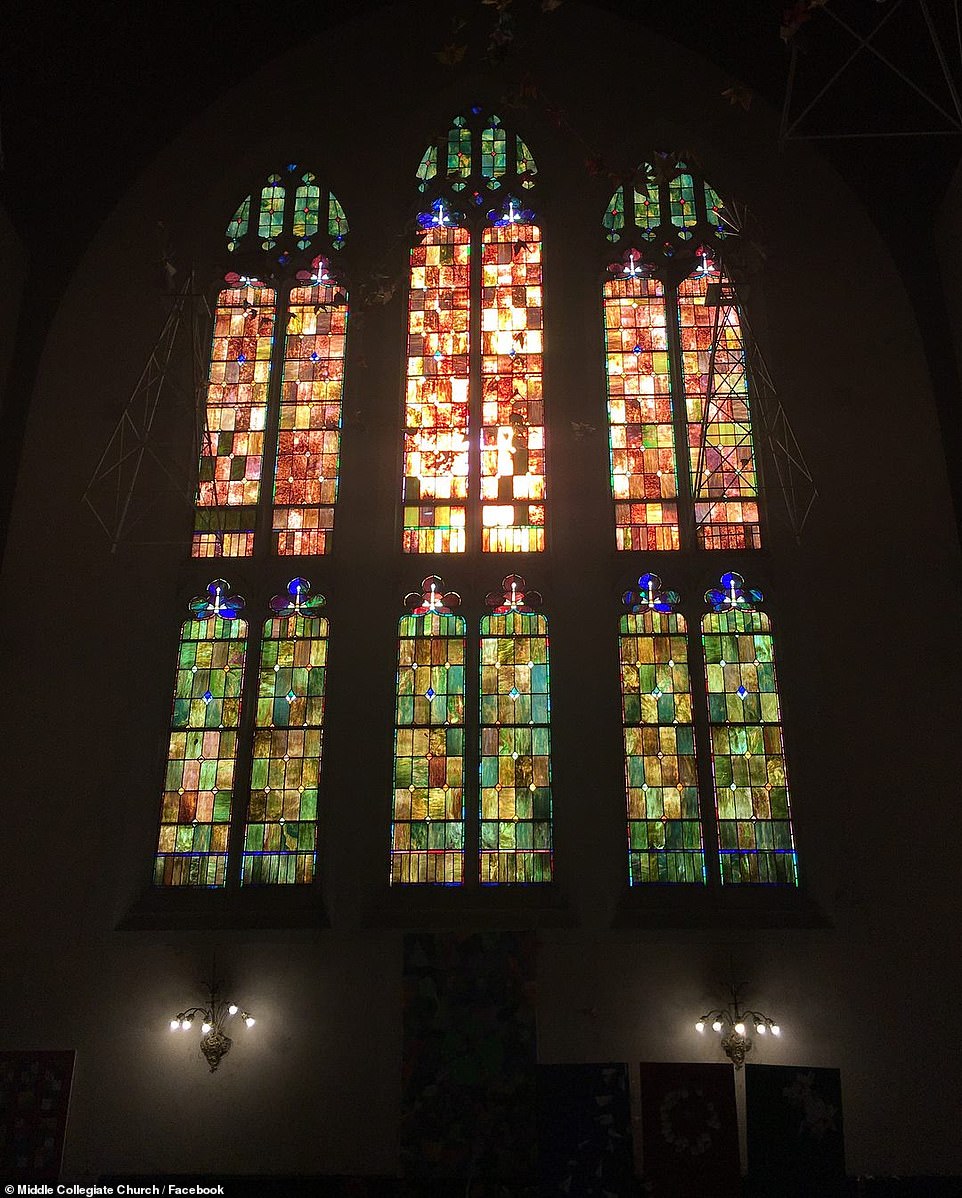 The building boasted beautiful Tiffany stain glass windows, all of which are believed to have been destroyed in Saturday morning’s fire 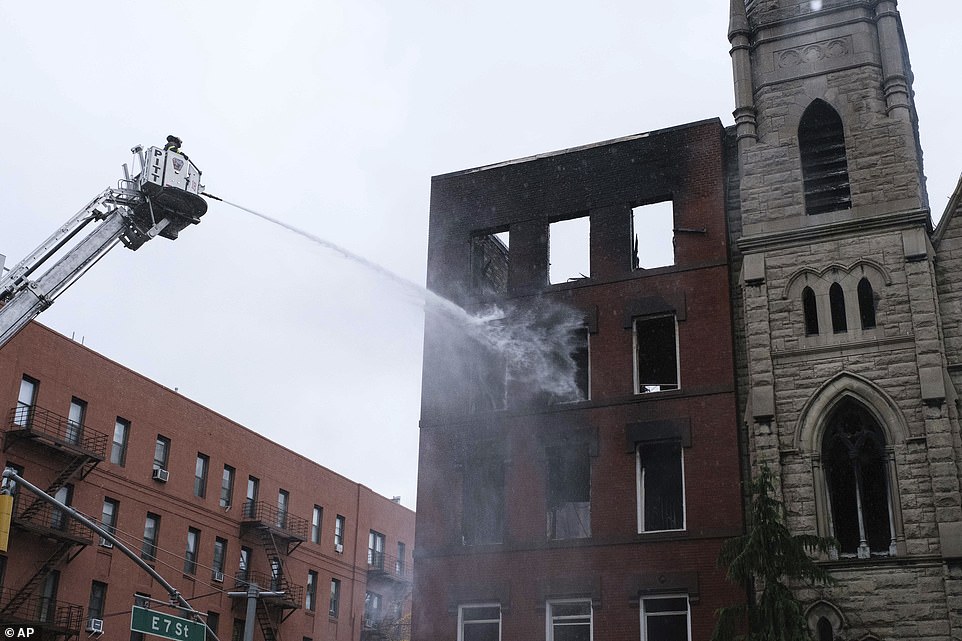 The empty five-story apartment building where the blaze started was also completely gutted. The roof of the building is seen destroyed after daylight Saturday morning 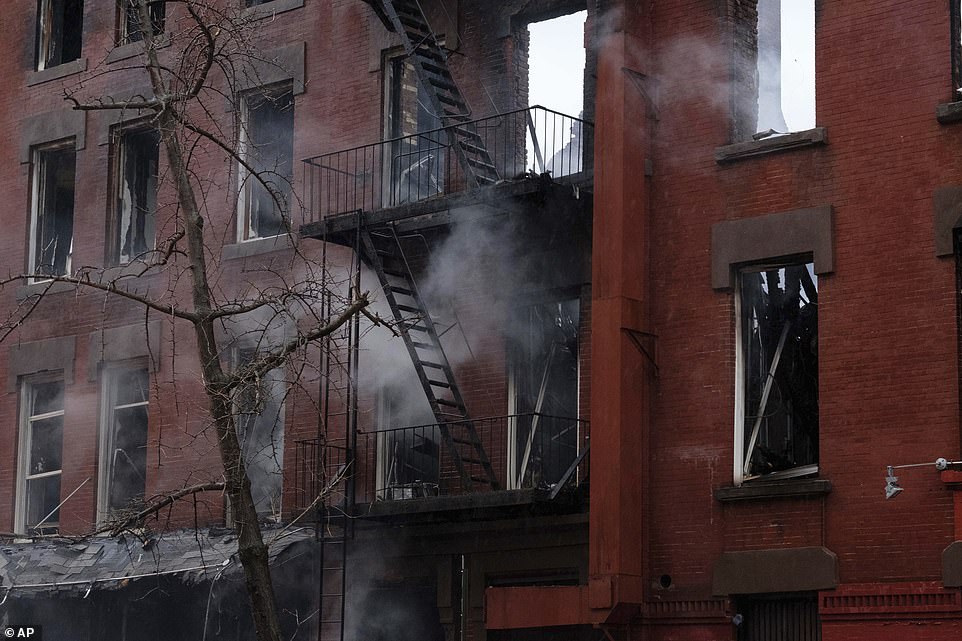