A dead humpback whale has washed up at a national park south of Sydney.

The mammal’s huge, lifeless body was seen floating in the waters at Wattamolla Cove in New South Wales.

The cause of death was not immediately clear. This marks the second time in less than a week that a whale has washed up in one of the state’s national parks.

The mammal’s huge, lifeless body was pictured floating at Wattamolla cove on the south coast of Sydney

The NSW Office of Environment and Heritage confirmed to Daily Mail Australia that the cause of death of the mammoth is as yet unknown. The Office is advising people not to enter the water in the vicinity.

People speculated as to the cause of the whale’s death on Reddit.

‘Maybe it ate a strawberry,’ one person said, in a reference to the nation’s ongoing strawberry crisis.

One Reddit user commented that the whale’s death could have been caused by pollution, saying; ‘Probably full of plastic.’

Wattamolla Beach is located about 50km away from Sydney, in the Royal National Park. The beach also contains a lagoon, waterfall, picnic area and lookout.

This is the second dead whale to be found washed up in a NSW national park in under a week. A juvenile humpback whale was found washed up at Long Beach in Ben Boyd National Park on Monday.

The young whale was entangled in a rope with a red buoy.

Marine rescue organisation ORRCA confirmed that the whale had passed away.

‘It is with a heavy heart that we must inform all our valued ORRCA members and friends that the young Humpback whale we have been trying to track since last Monday off Maroubra has come ashore and has passed away,’ ORRCA said in a statement. 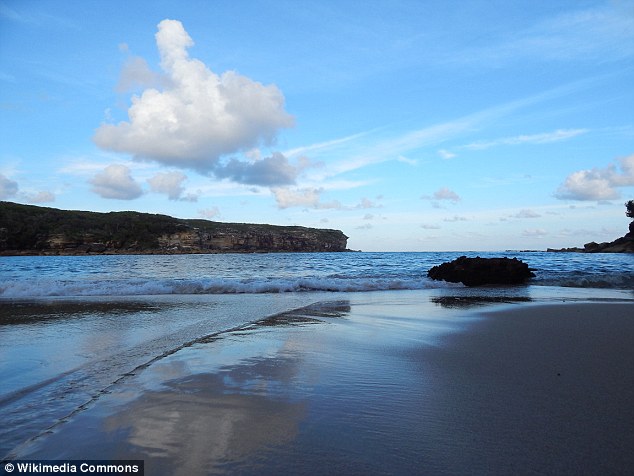 The isolated spot is located within the Royal National Park, about 50km away from Sydney’s CBD