Roads have already hit gridlock ahead of the Easter long weekend as motorists try to beat the holiday rush.

Holidaymakers hit the road early in the hopes of getting a jump start on Thursday, but there were huge queues in most major cities by mid-afternoon.

Commuters in Sydney, Brisbane, Melbourne and Perth were stalled as they tried to leave the city – with a number of crashes not helping the cause. 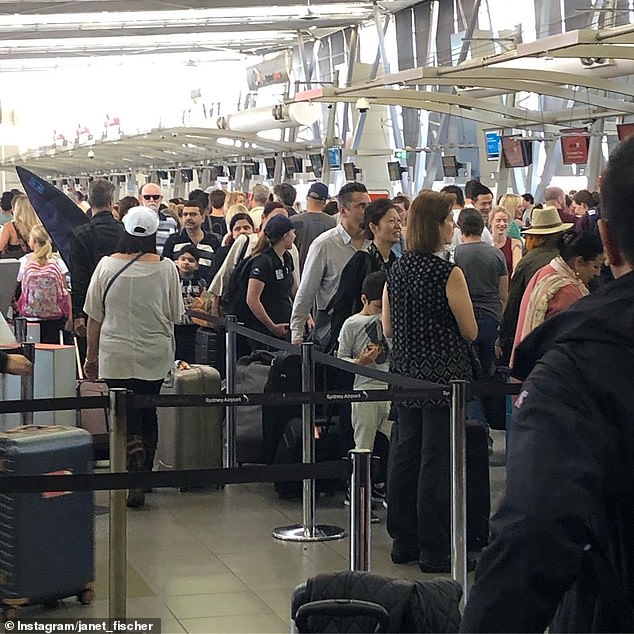 It was a bad start for motorists in Melbourne ahead of the long weekend, with a six-car crash causing traffic chaos west of the city Thursday morning.

Victoria gets an influx of traffic over the Easter weekend, and has been described as one of the busiest periods on the road for the state.

Motorists leaving Melbourne have been urged to hit the road early on Friday to avoid the rush.

Western Australia experienced some delays due to a crash on Tonkin Highway.

One lane was closed while emergency crews cleared the scene.  It has since been cleared.

Congestion caused traffic in holiday hotspots Brisbane, the Gold Coast and the Sunshine Coast to slow right down.

Australian Traffic Network reported delays from Eight Mile Plains to Loganholme on the Pacific Motorway due to the crash that had cleared by 12.30pm. 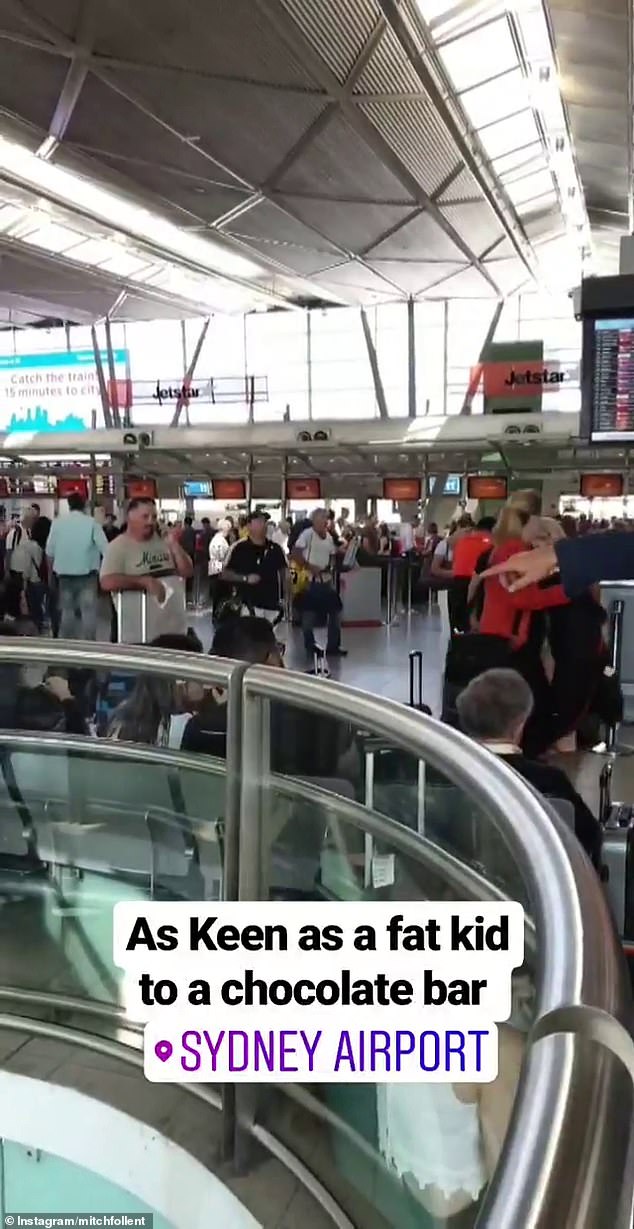 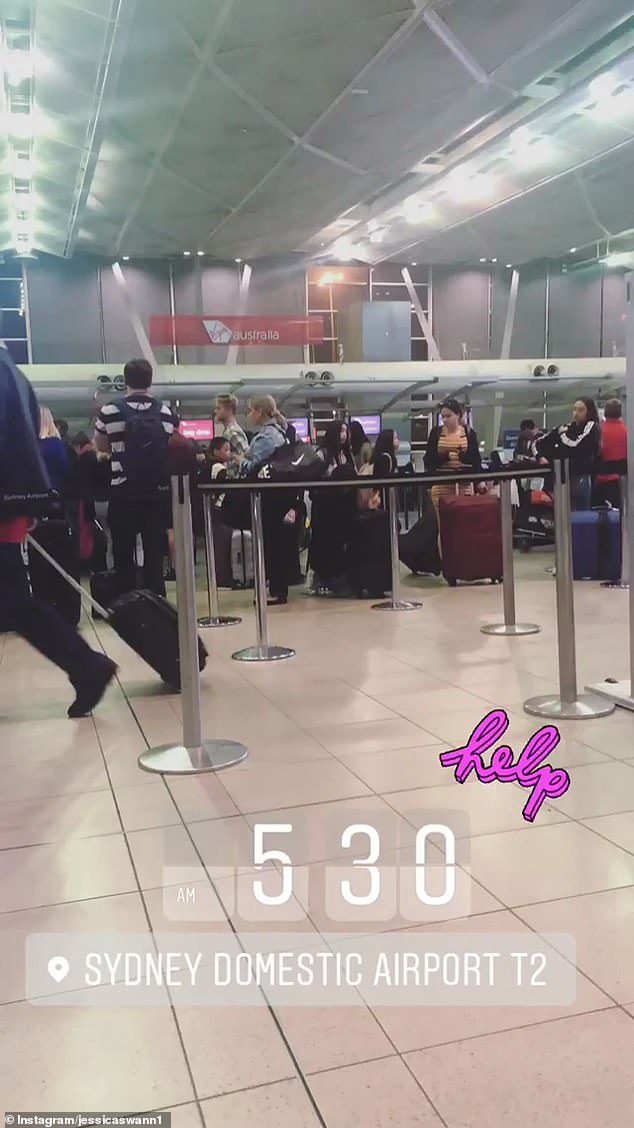 Jetsetters heading away for the long weekend might want to head to the airport with extra time to spare, as there have been reports of queues there too

Sydney was also hit with a number of incidents on the road on Thursday as commuters fled for a long awaited break.

A crash in Roseville caused gridlock in Sydney’s north, with images showing motorists at a complete standstill along an arterial road.

Transport NSW issued a number of heavy traffic warnings including for the Pacific Highway in North Sydney.

A traffic incident involving three cars at Macquarie Park at 4.24pm on Thursday was also expected to impact on traffic flow into North Sydney, motorists were encouraged to exercise caution.

Emergency services were on the scene of both incidents. 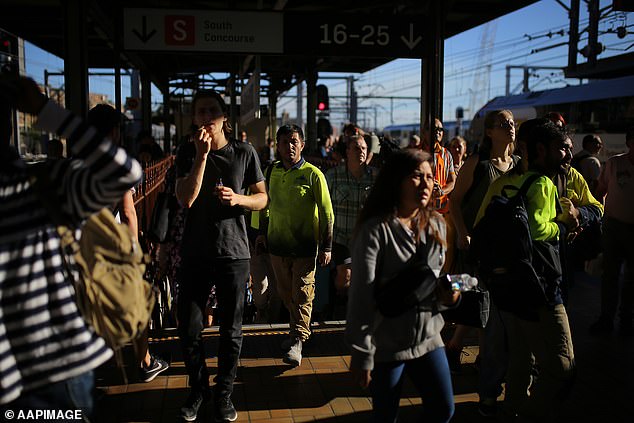 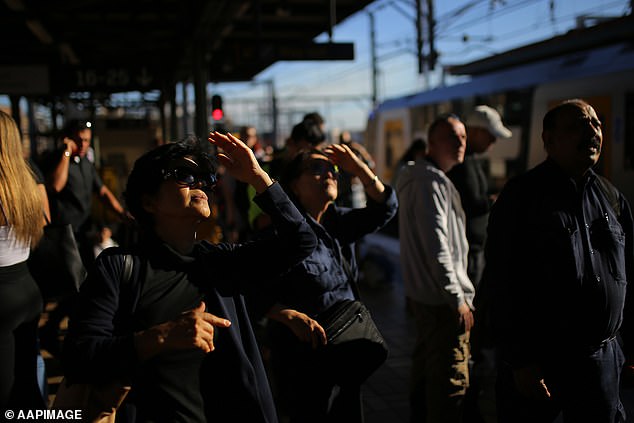 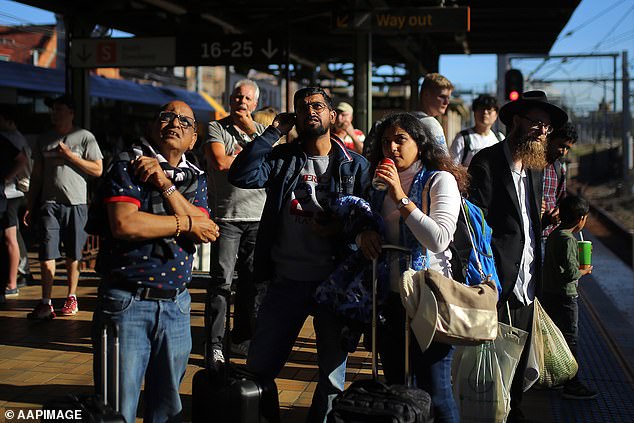 Sydney Trains issued a statement to the public warning passengers their journey would take longer than expected.

‘Frequent trains are still operating, although journey times may be longer,’ the statement read.

‘Please check station indicators and listen for announcements as stopping patterns may change at short notice. Staff are working hard to restore services back to timetable order.’

A five vehicle crash in Hammondville, south west of Sydney, has also caused significant delays while a four vehicle incident is causing delays on the M5 near Morrebank.

According to figures from Roads and Maritime Services Easter Friday, April 19 and Monday, April 22, will see the most congestion on the roads.

Motorists headed north from Sydney towards Newcastle can expect to sit for an additional 20 minutes on Thursday, based on previous Easter Traffic information.

For those headed south, wait times can range from 10 to 20 minutes while headed away on Friday, the data suggest.

Sadly, the drive home might be even slower, as data suggests wait times can range from 30 to 40 additional minutes in some areas.

Motorists have been reminded that the long weekend bring double demerits, which began on Thursday.

Jetsetters heading away were warned to head to the airport with extra time to spare, as there were reports of long queues there too.