Two fisherman got the fright of their lives as a huge saltwater crocodile launched out of a river and towards them on a river bank.

Chris and his father were fishing on the Bohle River in Townsville, Queensland, when they noticed the 4.5metre beast on the grassy riverbank.

The Bushland Beach local filmed the massive croc lying calmly before it violently jumped into the river ahead of them.

The 4.5m crocodile was lying calmly before Chris and his father approached on the boat

During the video Chris can be heard calmly asking his father what the possibility was of the crocodile joining them in the boat.

Chris and his father were crabbing when they reached the crocodile at the second bend in the Bohle River, the Townsville Bulletin reported.

The enormous reptile wasn’t deterred by rumbling of the boat or them, Chris told the Townsville Bulletin.

‘(It) had no fear, was hanging around afterwards on top of the water also,’ Chris said.

As a local he said he knew of two other crocodiles that he’s seen along the river but admitted he hadn’t seen this one before.

‘I live 800m from Bohle boat ramp in Bushy (Bushland) Beach and I know of two others but they are really wary unlike this one,’ he said.

He said he understood that the ancient reptiles needed to be respected in order to remain safe.

‘I respect them and hopefully they show the same respect and stay out of my boat,’ he said.

There has been 14 crocodile sightings in the Townsville area and 111 in the last 30 days across Queensland according to the Department of Environmental Services. 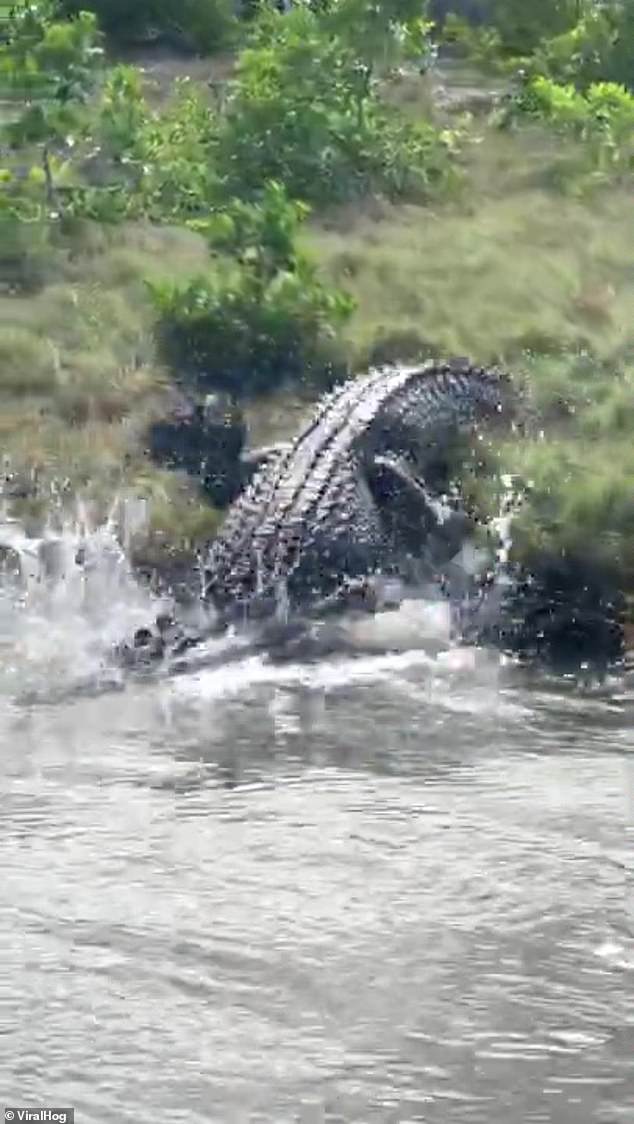