When it was launched by the then Prime Minister Margaret Thatcher in 1982, Channel 4 was given the remit of appealing to tastes that weren’t catered for on the three existing television channels.

Until then, the public broadcaster BBC and its commercial rival ITV had held a duopoly over Britain’s TV screens.

The first voice heard on the new channel when it launched on November 2, 1982, was that of continuity announcer Paul Coia. He said: ‘Good afternoon. It’s a pleasure to be able to say to you welcome to Channel Four.’

After a montage of clips that were played to the sound of the channel’s signature tune, the first show to air was an episode of quiz show Countdown that was presented by Carol Vorderman and Richard Whiteley.

Previously, Countdown had only aired in pilot form before being bought by Channel 4. The first advert to air on the channel was for car maker Vauxhall.

On its first day, the channel also broadcast soap opera Brookside, which was created by Phil Redmond.

In the 1980 Broadcasting Act, the Government said Channel 4, which was headed up by chief executive Jeremy Isaacs, would have to provide ‘a suitable proportion of matter calculated to appeal to tastes and interests not generally catered for.’

The channel was also asked to screen ‘educational’ programmes which ‘encourage innovation and experiment’.

As well as Countdown and Brookside, Channel 4 also became known for hit comedy Father Ted, late night show The Word and many other popular programmes.

More recent shows, including the likes of Naked Attraction and Sex Box, have attracted criticism from some viewers for allegedly being inappropriate.

The former is a dating show in which contestants’ bodies – including their private parts – are slowly revealed from the feet up.

In the latter, couples who featured on the show had sex in a box on stage.

The channel has also been slammed for its alleged left-wing bias in recent years.

Channel 4 was launched by the then Prime Minister Margaret Thatcher in 1982, to provide a fourth television service to Britain, alongside BBC1, BBC2 and ITV. Above: The Channel 4 studio on the day the broadcaster was launched

Channel 4’s creation was part of a raft of changes to Britain’s media landscape during Mrs Thatcher’s time in office.

The changes brought in by Mrs Thatcher also included the launch of breakfast station TV-am and the insistence that independent producers should make much of the shows that were appearing on Britain’s television screens.

Before the changes, the BBC and ITV had made nearly all their shows in-house.

From the outset, Channel 4 was also obligated to get ‘a substantial proportion’ of its programmes from independent producers. It was funded by advertising and sponsorship deals.

Before Channel 4’s launch, a government report had concluded that ‘the younger generation of producers is bubbling over with ideas which are not allowed to surface.’

Writing to mark Brookside’s 30th anniversary in 2012, Redmond said Channel 4 ‘made a huge, immediate impact’ because it was given a remit to ‘cater for minorities and find voices that were unheard’. 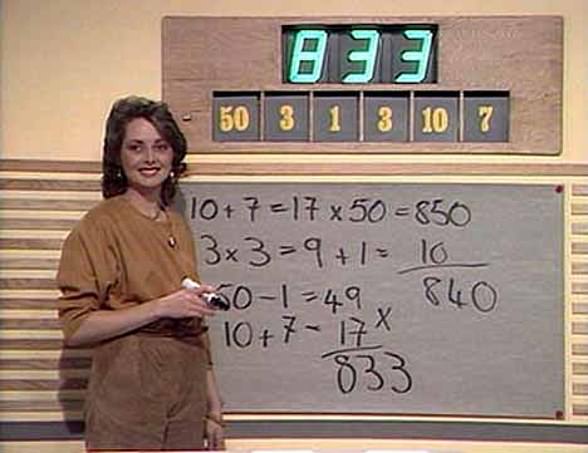 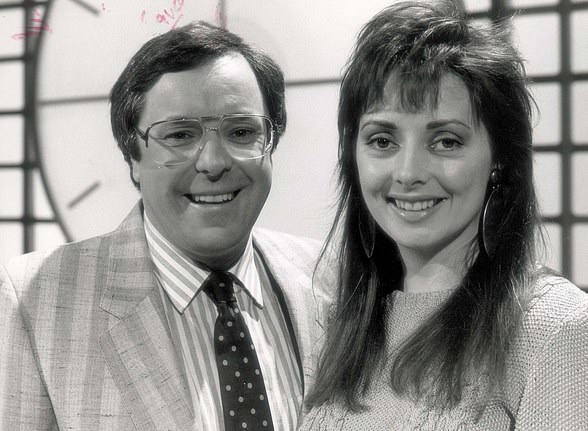 ‘It certainly lived up to that. It allowed new people to be seen on TV, with new ideas and voices,’ he added.

However, the channel was hit by controversy after less than 24 hours of being on air, when members of the Deaf Broadcasting Campaign besieged its London headquarters to complain that there was a lack of news programmes for the deaf.

The first major drama to air on the channel was Walter, the story of a mentally handicapped man played by Ian McKellen.

In recent years, it has become known for its left-leaning coverage. 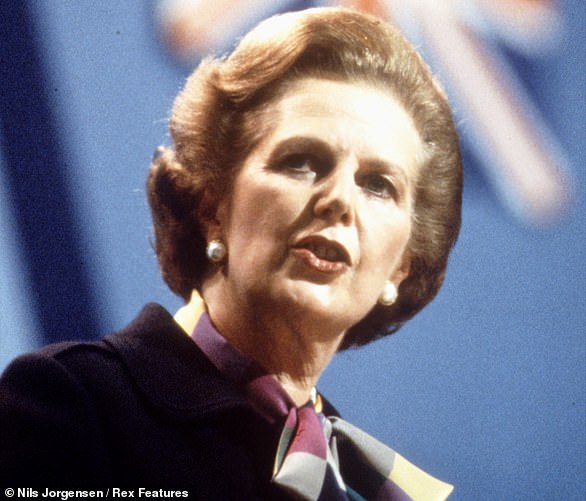 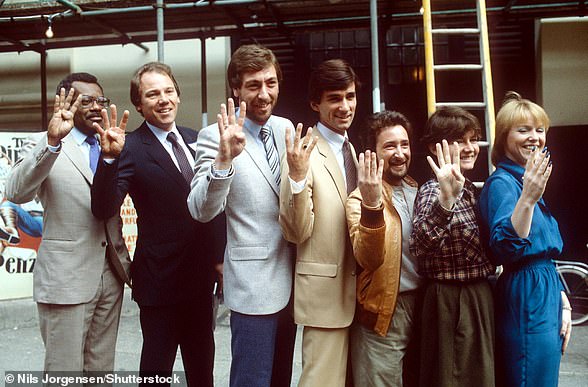 Some of Channel 4 News’s original presenters are seen above. They include Sir Trevor McDonald (pictured far left) in 1982 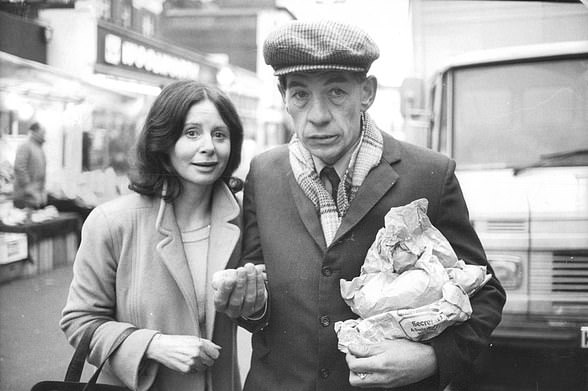 The first major drama to air on the channel was Walter, the story of a mentally handicapped man played by Ian McKellen

In 2017, it was claimed that former lead presenter Jon Snow joined in a chant of ‘F*** The Tories’ while attending the Glastonbury festival and in 2019 there was a grovelling apology after the veteran presenter said he had ‘never seen so many white people in one place’ while reporting on a pro-Brexit rally.

And after an attack on two gay women on a London bus, a reporter was accused of ‘coaxing’ the couple into blaming Boris Johnson for the homophobic crime and saying that he was ‘not fit to lead the UK’.

In 2019 Ofcom rejected a Conservative complaint over Channel 4’s use of an ice sculpture to stand in for the PM during a debate on climate change, after a subtitler mistakenly reported him saying ‘people of colour’ when he said ‘people of talent’ at a rally. 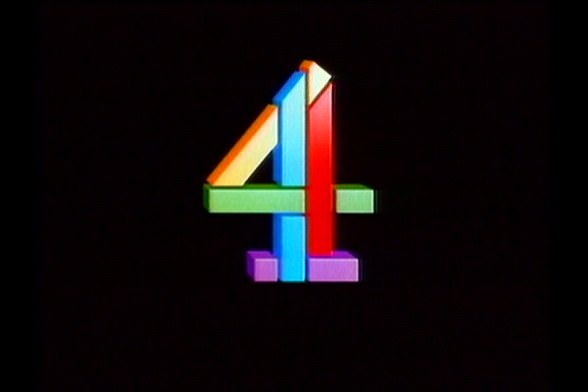 From the outset, Channel 4 was also obligated to get ‘a substantial proportion’ of its programmes from independent producers. It was funded by advertising and sponsorship deals

It is also home of the Great British Bake Off and known for its groundbreaking drama. Recent show It’s A Sin was lauded for its portrayal of the HIV/AIDS crisis in the 1980s.

Channel 4 is commercially funded. It raised revenues of £985million in 2019, but a pre-tax loss of £26million.

Selling Channel 4 could be seen as something of an easy win for the Government, as it seeks to find new savings.

The taxpayer has a 100 per cent shareholding in Channel 4 but relatively few viewers are even aware that it is state-owned. 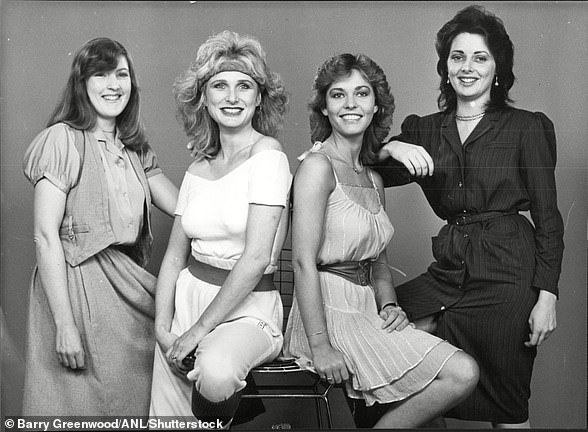 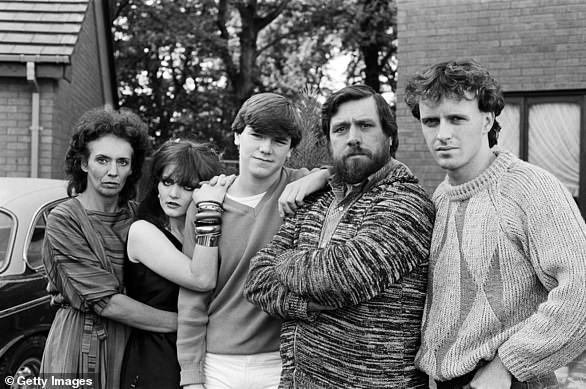 On its first day, the channel also broadcast soap opera Brookside, which was created by Phil Redmond 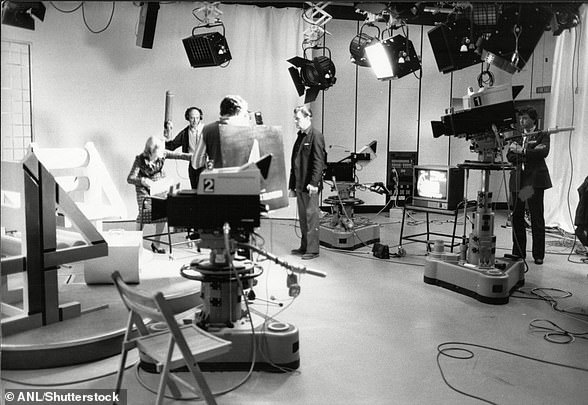 When proposals to privatise the channel were first raised in 1988, Mrs Thatcher rejected them over fears the broadcaster would be forced to abandon its public service remit.

After a series of meetings over the issue, Mrs Thatcher decided that commercial pressures faced by the newly privatised channel would mean its role in catering for underserved audiences and taking risks with new programmes would be threatened.

A minute of the meeting that was revealed in Government papers last year read: ‘It was extremely doubtful whether the Channel’s distinctive remit would be sustained by a profit-driven organisation in a highly competitive climate.’

The committee chaired by Mrs Thatcher had also warned that the Government would be vulnerable to a defeat if the privatisation was put to a vote in the Parliament. 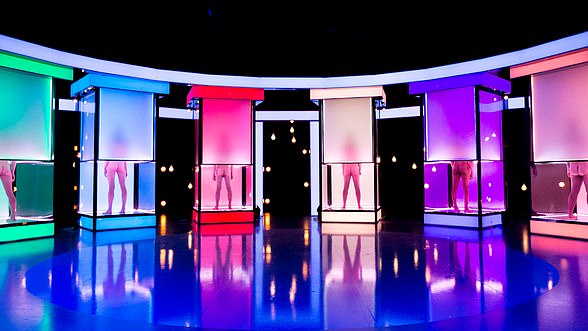 More recent shows, including the likes of Naked Attraction (pictured) and Sex Box, have attracted criticism from some viewers for allegedly being inappropriate