Celebrity chef Hugh Fearnley-Whittingstall says cakes should be taxed to fund health schemes and believes The Great British Bake Off should lead the way with ‘healthier challenges’.

He also backs extending the sugar tax on fizzy drinks to sweets and says money raised could be used to promote healthy eating.

The charge could be part an obesity strategy campaigners are pushing the government to publish.

The Much More Veg cookbook author said in The Sunday Times that Bake Off should be doing more to battle Britain’s obesity crisis.

‘There should have been more than one healthy challenge by now, that is not enough,’ he said. 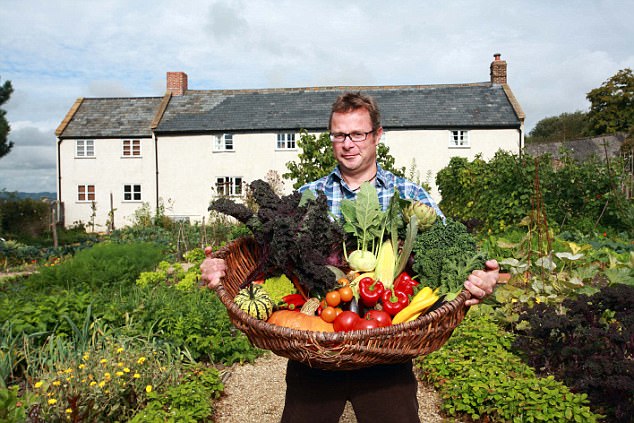 ‘Confectionery should be taxed in principle … you could also potentially tax cakes … By bringing in the sugar tax the government has showed that taxing unhealthy foods is a route to take.’

The TV cook is filming a series for BBC1 about obesity in Britain, which follows overweight Geordies aiming to shed a combined total of 100,000lb in one year.

He made the comments ahead of the Bake Off final on Tuesday while speaking at the Food Foundation’s vegetable summit, where he said filming had showed him the damage bad diets bring in the form of type 2 diabetes. 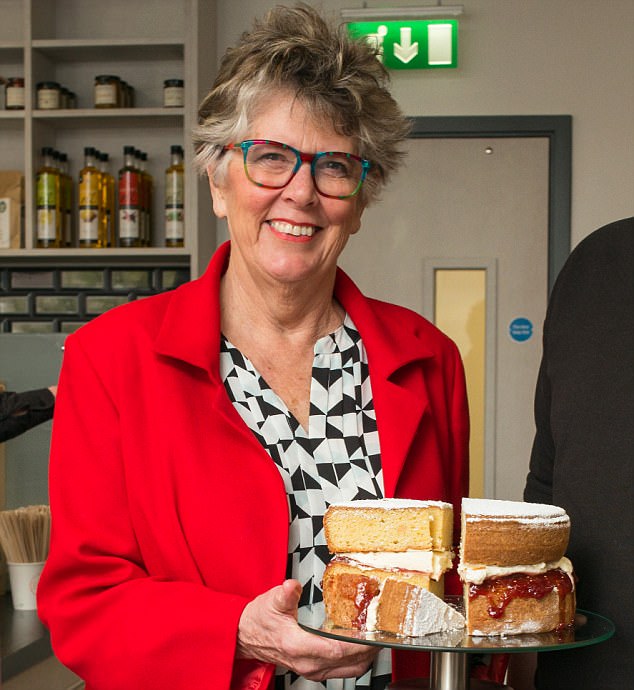 Bake Off has only ever featured one healthy challenge, which was before Prue Leith started presenting this season

He failed to persuade health secretary Jeremy Hunt to discuss his strategy for slimming down the nation on the show.

The River Cottage restaurant owner says cakes should be stuffed with vegetables after his beetroot brownies became one of his most popular desserts with customers.

There has not been a single healthy challenge in Bake Off since it moved to Channel 4.

New judge and Diabetes UK patron Prue Leith has coined a phrase for unimpressive creations crafted by contestants: ‘That’s not worth the calories.’