Hugh Jackman was all smiles when he arrived at his luxury condo in New York City’s West Village on Thursday.

The 49-year-old Australian actor, who was joined by his wife Deborra-lee Furness, 62, was also seen chatting away with a male friend.

It comes after Hugh revealed the ‘secret pact’ he and Deborra-lee made when they first got married that has made them one of Hollywood’s most enduring couples.

Home, sweet home! Hugh Jackman, 49, arrived at his New York abode on Thursday with wife Deborra-lee Furness, 62. The couple are pictured with a male friend

He completed his look with a suit jacket and leather belt, and slung a casual backpack over his shoulder.

Deborra-lee cut a casually chic figure in a black ensemble and tied her blonde locks back off her face. 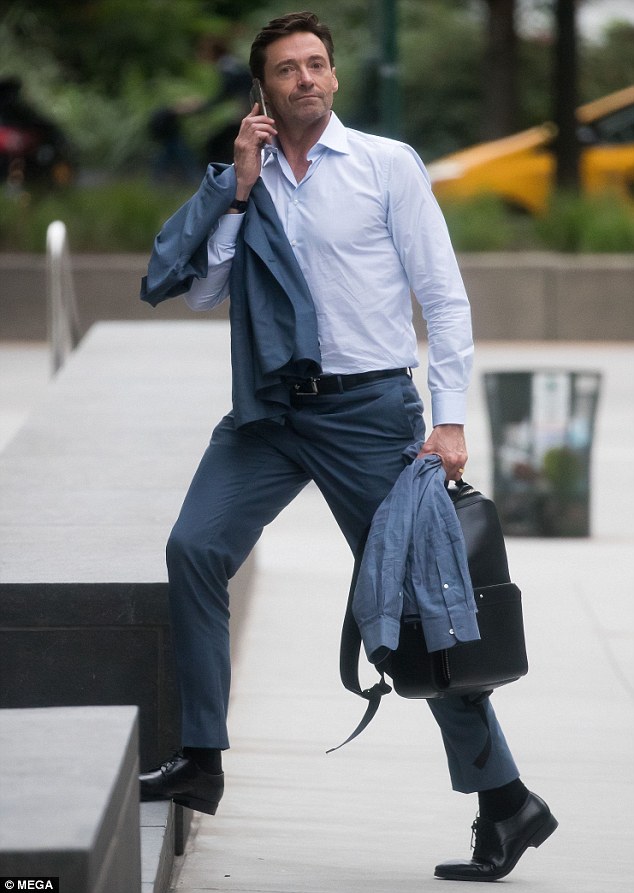 The sighting comes after Hugh told Thursday’s Who magazine that he and Deborra-lee have a ‘secret pact’ and make sure to speak to each other before making any big decisions that could impact their family.

‘When Deb and I got married, we made a pact that we would look at each other at every turning point in our lives and ask ourselves if this is good or bad for our family,’ Hugh told the publication.

They married in Melbourne in 1996, after meeting on set of the ABC television drama Correlli. 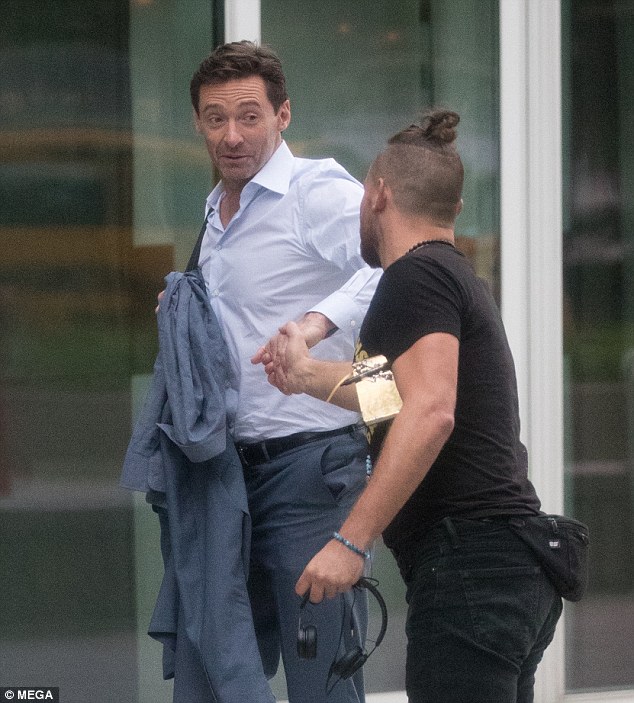 Gesture: The Wolverine star shook the hand of his male friend

The Les Misérables favourite told Who that even though a certain role may be amazing for his career, it may often be unsuitable for his family.

‘There’s been times I’ll say, “Oh my God, there’s this film and it’s such and such and it’s this and that” and very rarely, [Deb] looks at me and she’s like “No, now is not the best time” and she is just the best barometer of that,’ he explained.

However the Real Steel actor said that his wife has always supported him.

Hugh recalled the time Deborra-lee once gave up an opportunity to study directing at the Victorian College of the Arts.

At the same time he had been offered a role in the musical Oklahoma in London.

While he told Deb that the family would stay in Australia so she could study, she insisted he take on the role. 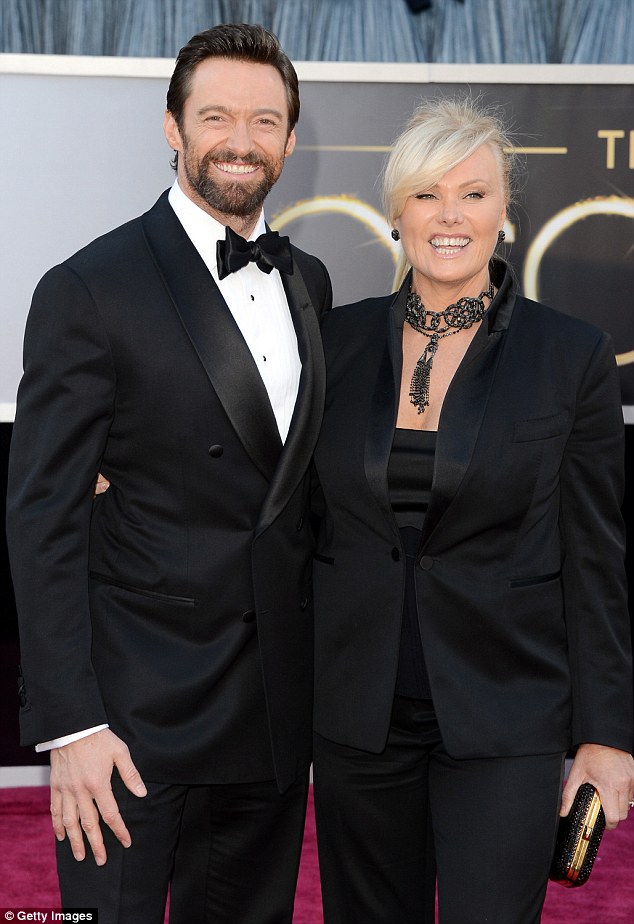 Their secret pact revealed: The sighting comes after Hugh told Who magazine on Thursday that he and wife Deborra-lee make sure to speak to each other before making any big decisions that could impact their family. The couple are pictured in February 2013