Hugh Jackman looks dapper on the cover of GQ Australia

The rugged actor looked in fine form posing on the cover of GQ Australia’s July issue, his fifth appearance on the magazine’s front page.

For his smouldering photo shoot, the 49-year-old modelled several sharp outfits, including a stylish winter coat.

Hey good looking! Hugh Jackman certainly scrubs up well and the hunky actor is in fine form on the cover of GQ Australia’s July issue

Inside the magazine, Hugh opts for a more refined style, posing in a grey waistcoat and a crisp white shirt.

In the accompanying interview, the Les Misérables star spoke out about the issue of sexual misconduct in Hollywood.

The Australian star of stage and screen told GQ he believes that actors should be protected by ‘third parties’ during auditions. 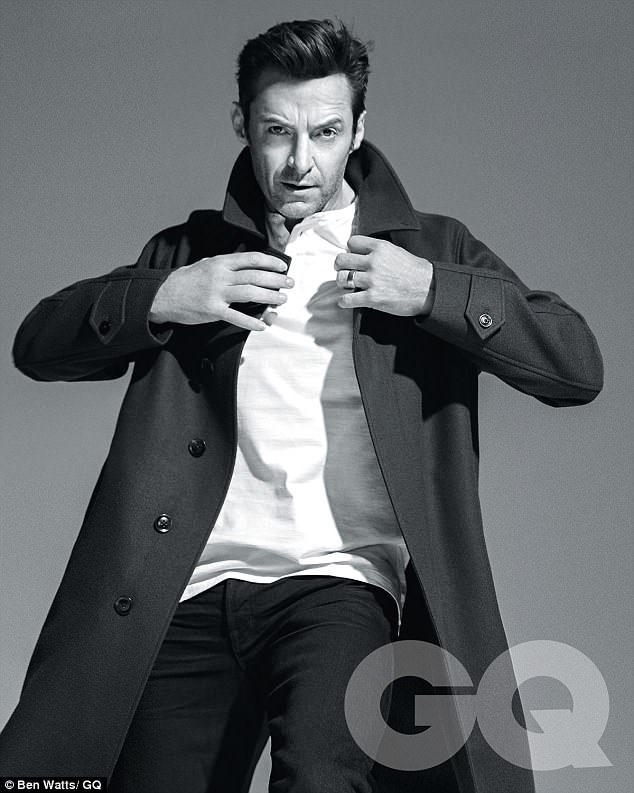 Sultry: The 49-year-old is appearing on the men’s fashion magazine cover for the fifth time and in a sizzling shoot to boot

‘You can call it a hotel room, but essentially it’s a bedroom, right? So why would you ever need to have a meeting there?’

The Wolverine star added that he hopes Hollywood’s sexual misconduct scandal will open the door for gender equality in the industry. 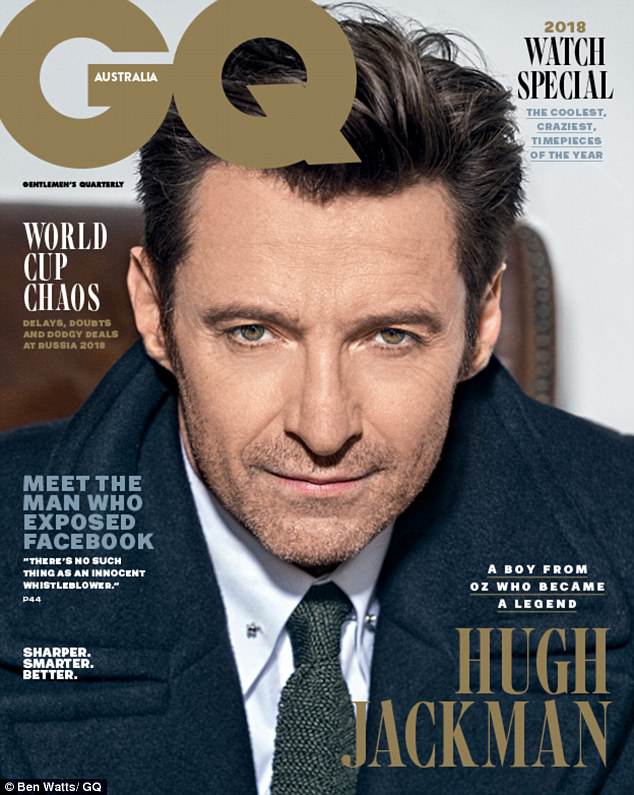 Cosy! The Logan star rugs up on the cover in a suit consisting a fine blue woollen coat with a crisp shirt underneath

‘What’s been great in all of this is that it’s morphed into genuine discussion about equality in the workplace,’ he said.

‘So in many ways, it feels like there’s a hopeful feeling that this could be a genuine change for the better.’

It comes after disgraced film producer Harvey Weinstein turned himself in to police on Friday after being accused of inappropriate sexual behaviour by multiple women. 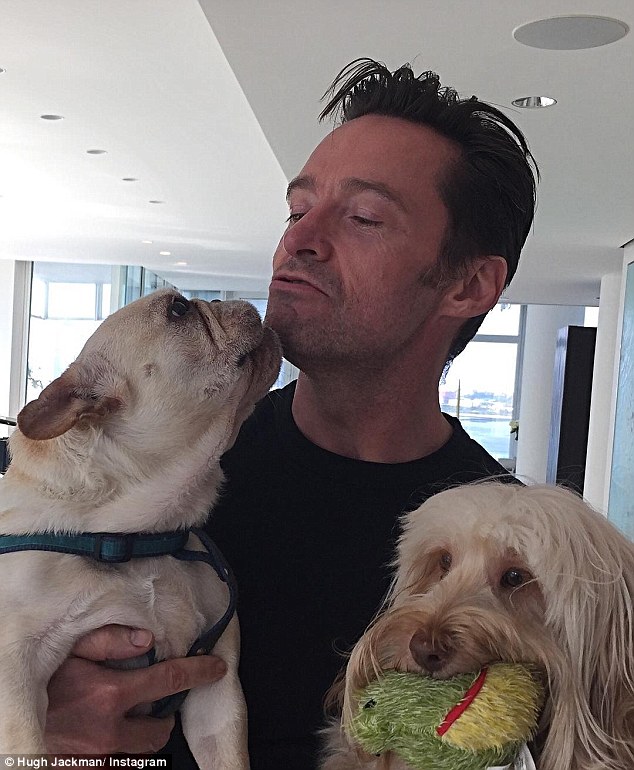 Speaking out: Outspoken in an interview accompanying the shoot, the Les Miserables star comes out swinging on the issue of sexual misconduct in Hollywood