A New York Times bestselling novel based on an alternate version of Hillary Clinton’s life is set to become a scripted television show.

Author Curtis Sittenfeld — whose previous novels include Prep and American Wife — published the novel, Rodham, in May, imagining a timeline in which the former Secretary of State, now 72, had rejected former President Bill Clinton’s marriage proposals all those years ago.

According to the Hollywood Reporter, the novel is set to be the basis of a new Hulu series which is currently in development. 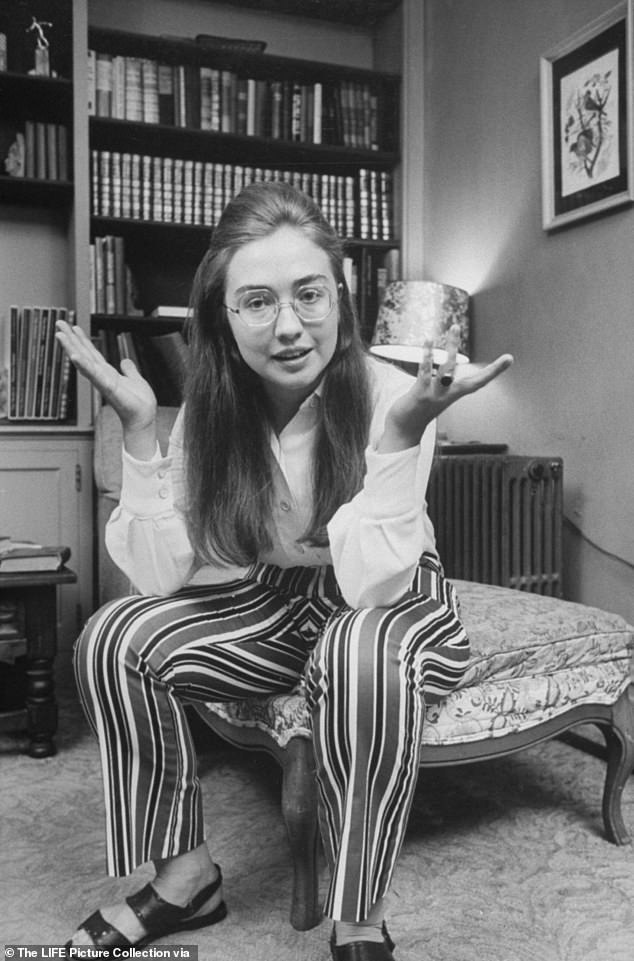 Possibilities: A show based on the novel — which imagines Hillary’s romance with Bill and what would have happened if they’d never married — is in development 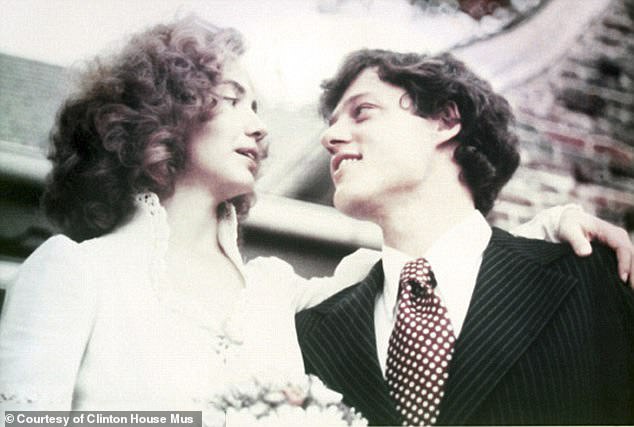 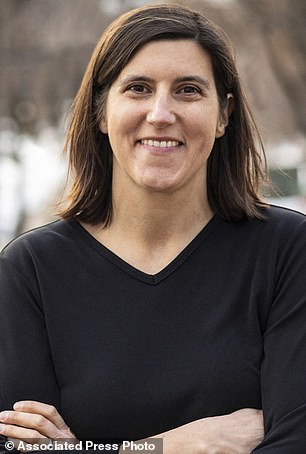 The author: Sittenfeld told Associated Press that she’s an admirer of the First Lady and wouldn’t mind if she read her work

Hulu has teamed up with Sarah Treem, co-creator of Showtime’s The Affair, on the potential project, which is still in development.

According to the Hollywood Reporter, this means that it doesn’t yet have a formal series order and is still in the script stage.

It it does make it to air, it would be the second major Clinton series on the streaming service, which premiered a four-part docu-series called Hillary earlier this year — which was made up of a history of the politician’s life and interviews with Clinton herself, her husband, and several other people in their orbit.

A ‘Rodham’ fiction TV series, though, would be an entirely different affair altogether.

The book — which has a 3.5/5 rating on GoodReads — received mixed reviews from critics but was a quick bestseller. 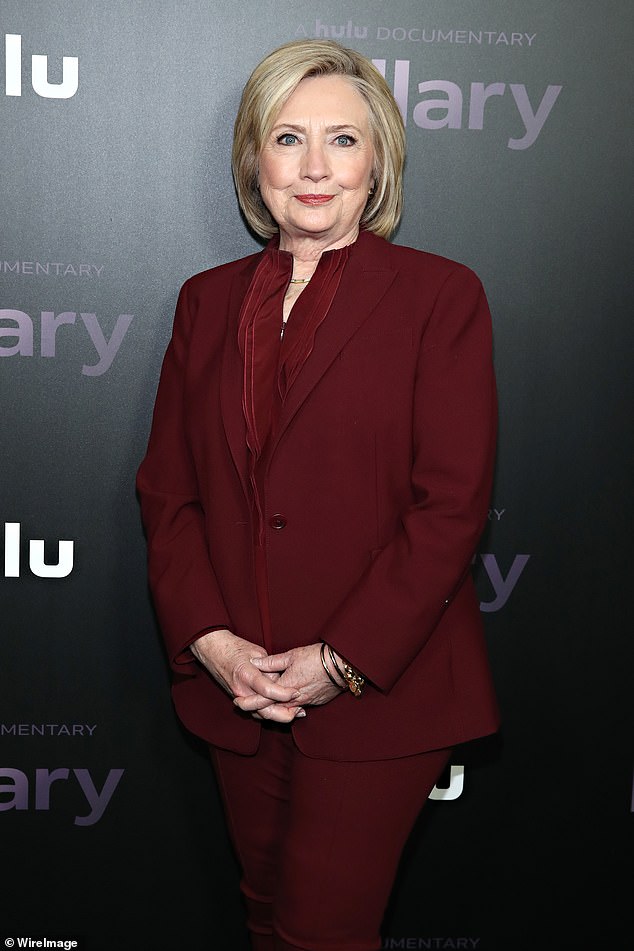 Fact vs. fiction: It it does make it to air, it would be the second major Clinton series on the streaming service, which premiered a four-part docu-series called Hillary earlier this year 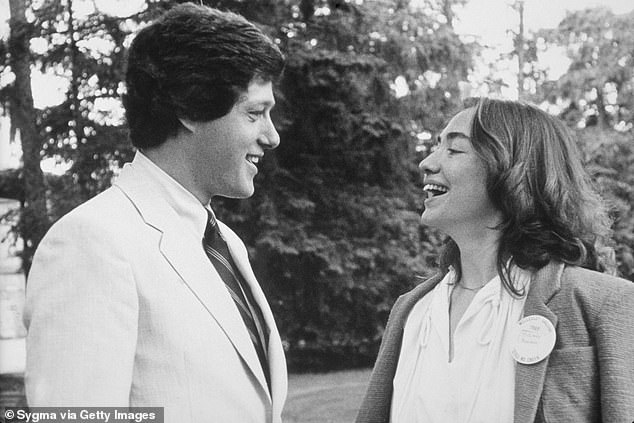 What it was like? Sittenfeld’s version of events is incredibly steamy, with lots of sex scenes between the former president and first lady when they were younger

Sittenfeld took a fanfiction approach to imagining how Bill and Hillary first got together at Yale Law School, and what their relationship might have looked like as they finished their education and moved to Arkansas for Bill to start his political career.

Offering a steamy account of what their life might have been, the author includes quite a few sex scenes during the chapters navigating their relationship — and some other R-rated descriptions.

It’s clear from Sittenfeld’s telling — as it would likely be in a scripted TV show — that the couple was hot and heavy for one another.

The first time Hillary sees Bill in the book, she thinks he looks like a ‘lion’ and is impressed with his ‘enormous’ hands.

During their first kissing session at her apartment, Bill comes clean about his sexual appetite.

Novel-Bill says: ‘As long as I can remember even when I was a kid I’ve had a weakness for a nice figure. A girl in a skirt walks past and I’m like a dog drooling over a bone. But it’s infatuation, not love. You and me, this isn’t infatuation…this is different, I want this to last forever.’ 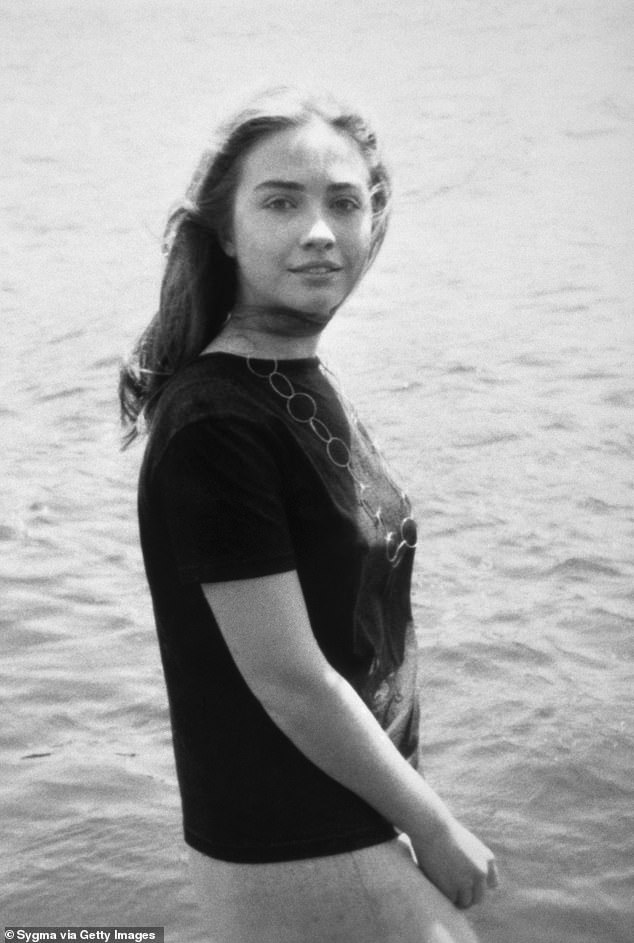 Would it be different? In the alternate reality, Hillary’s life goes quite differently without Bill by her side — and his changes quite a lot, too 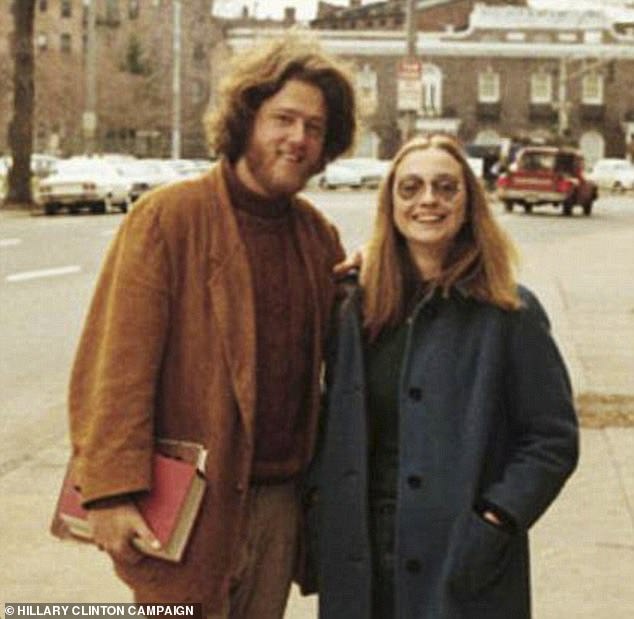 Ooh la la! It’s clear from Sittenfeld’s telling — as it would likely be in a scripted TV show — that the couple was hot and heavy for one another (pictured: Bill and Hillary in the early 1970s)

Hillary can feel the ‘nudging of Bill’s erection’ in the story, and describes making love to him as ‘an almost intolerable ecstasy.’

During another sex session, fictional Bill plays the saxophone naked for Hillary and says: ‘I’m in love with you. I can’t believe that you exist.’

Hillary tells him that ‘I realize I’m not beautiful,’ but Bill tells her: ‘I’m the lucky one… you have great t*ts’, adding that she has a ‘delicious honey pot’.

But things begin to go sour in the novel when Hillary catches Bill kissing another girl, and soon deduces he’s had sex with her — which he admits.

Any pre-marriage extracurricular sexual activities of the former president are all speculation — and in reality, Hillary decided to marry Bill  after he asked three times and she initially refused.

In Sittenfeld’s fictional reimagining, though, Hillary turns him down, fed up with his womanizing ways.

The rest of the book explores what might have come of Hillary’s life — and Bill — had they not been married.

Bill performs decidedly less spectacularly in the political realm without Hillary by his side, though he does excel in other fields. 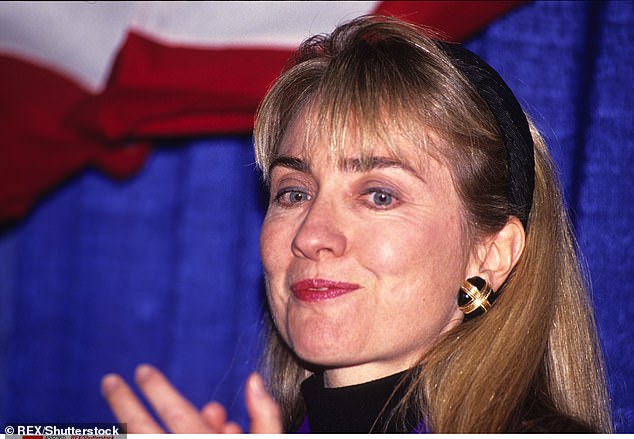 Parallel universe: Moments in the novel echo some of the headline-making drama the Clintons faced in real life (pictured in 1992) 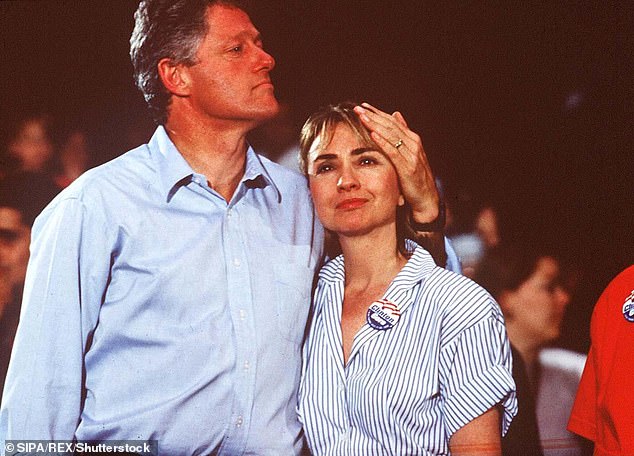 Team: Sittenfeld embraces the theory that Bill may have held Hillary back — and Hillary is the reason he got as far as he did

Yet in the alternate reality of Rodham, Hillary’s life also turns out quite differently, with a long stint teaching at Northwestern University before her eventual foray into politics.

Interestingly, the novel also doesn’t discount that Hillary’s world may have still collided with Donald Trump’s, particularly in the 2016 election. However, in this version of events, the outcome is unrecognizable for both parties. 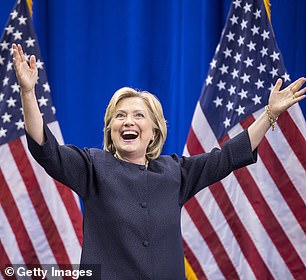 Spoilers! In the novel, Hillary still runs for president in 2016 — with an entirely different outcome

Rodham is Sittenfeld’s second imagined portrait of a famous woman in American politics: She previously published American Wife, which was inspired by former first lady Laura Bush, in 2008.

Explaining how she came to write up Clinton’s life as a piece of fiction, Sittenfeld told the Associated Press: ‘I was definitely an admirer of Hillary before I started the book, but writing from her perspective made me feel closer to her.

‘I realize that closeness is NOT mutual — we’ve never met. But she feels very familiar to me now in terms of the trajectory of her life, her relationships, her syntax, so when I see clips of her or hear her voice, I think, “Oh, that’s my Hillary.”

Explaining how she’d feel if Clinton read her work, which she describes as ‘an act of imagination, creativity’ and ‘to some extent wishful thinking, the author said: ‘If Hillary wants to read the book, she’s very welcome to and I’d be happy to hear her feedback (even if she thinks parts of it are preposterous), and if she doesn’t want to, I don’t blame her.’