He recently turned heads in a revealing angel costume, after putting his surgically enhanced abs on full display for a Hollywood Halloween bash.

The 34-year-old Brazilian ran his fingers through his new hairdo, after enduring a seven hour hair transplant to improve the size of his hairline.

Worth it! Human Ken Doll Rodrigo Alves showed off the results of his seven hour hair transplant during a dinner date in Los Angeles on Friday

Rodrigo was looking sharp in a grey three-piece suit, which glowed against the TV stars deep tan and tan loafer shoes.

The TV personality, famed for having a slew of plastic surgery procedured in a bid to look like a Ken Doll, had his new silver locks styled into a heavy fringed helmet.

Rodrigo cosied up to his date, actress Karly Kim outside the venue, even sharing a cheeky kiss for the cameras.

Karly looked stunning in a tight nude dress that showed off her curvaceous figure, teamed with a gold quilted bag and nude heels as she posed with her new man. 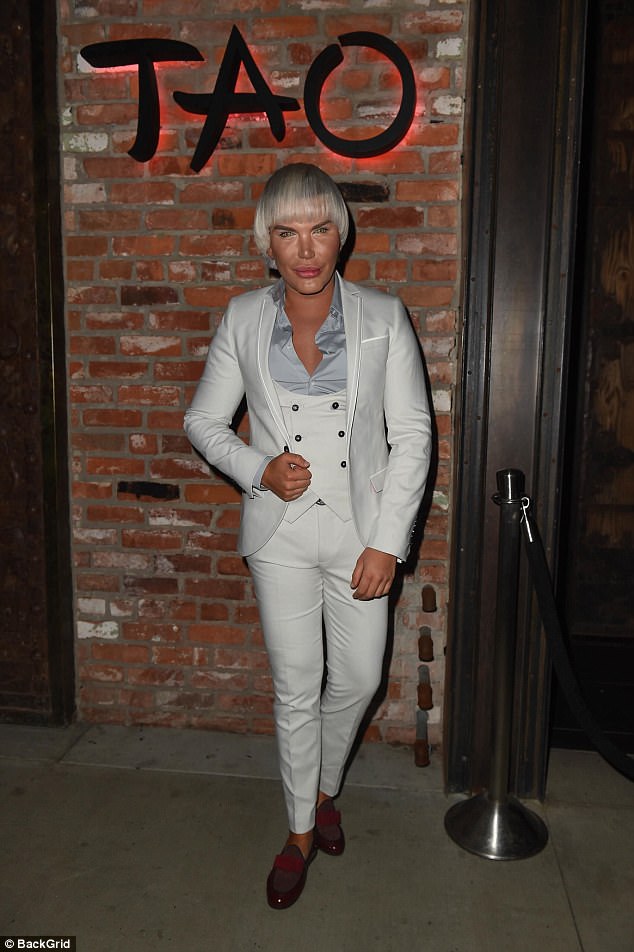 Sharp: The TV star rocked a three-piece suit for the occasion, with his new do styled into a heavily fringed helmet 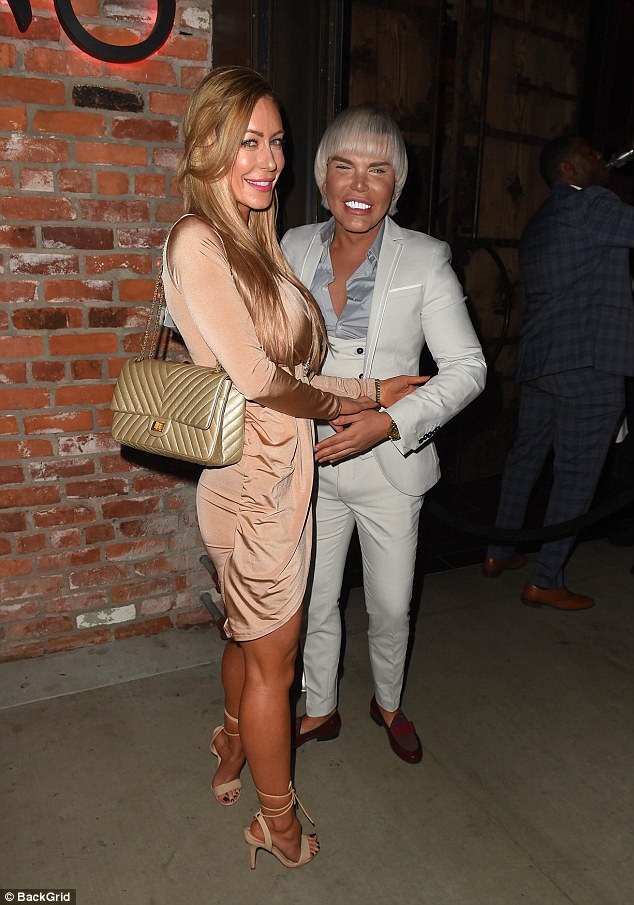 New girl: Rodrigo posed with his date, actress Karly Kim, who looked stunning in a nude dress that showed off her curvaceous figure 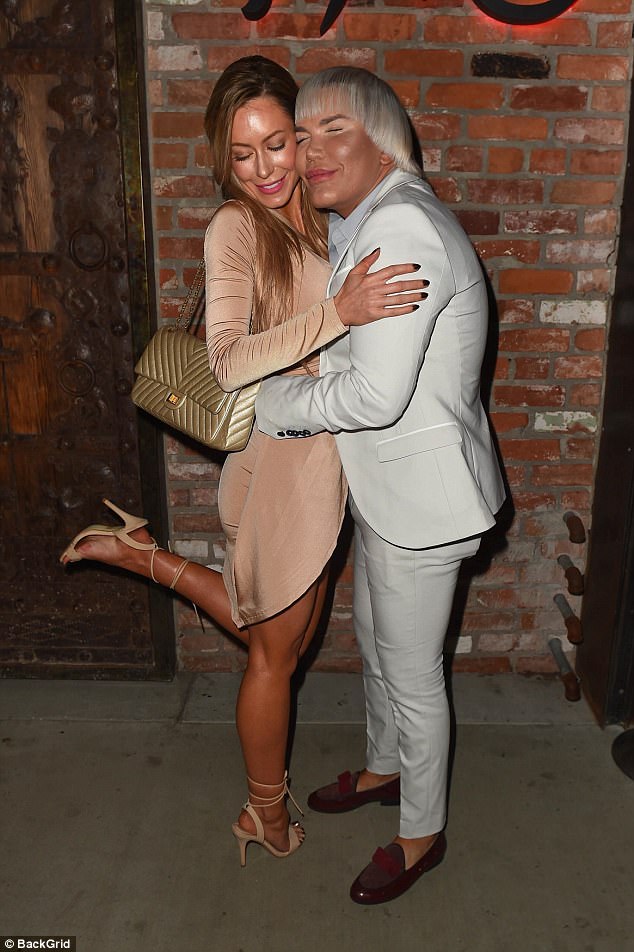 Cute: The pair were seen sharing adorable snaps together at the TAO restaurant in Los Angeles

Also on full display was Rodrigo’s whitened smile, with his teeth almost fluorescent against the star’s deep tanned complexion.

Turning heads this week in a revealing Angel costume, Rodrigo told MailOnline about his plans to have even more surgery, after his hair transplant brought the total to 59.

He was spotted posing with fellow surgery fan Justin Jedlico, who was given the original title of the Human Ken Doll in 2012. 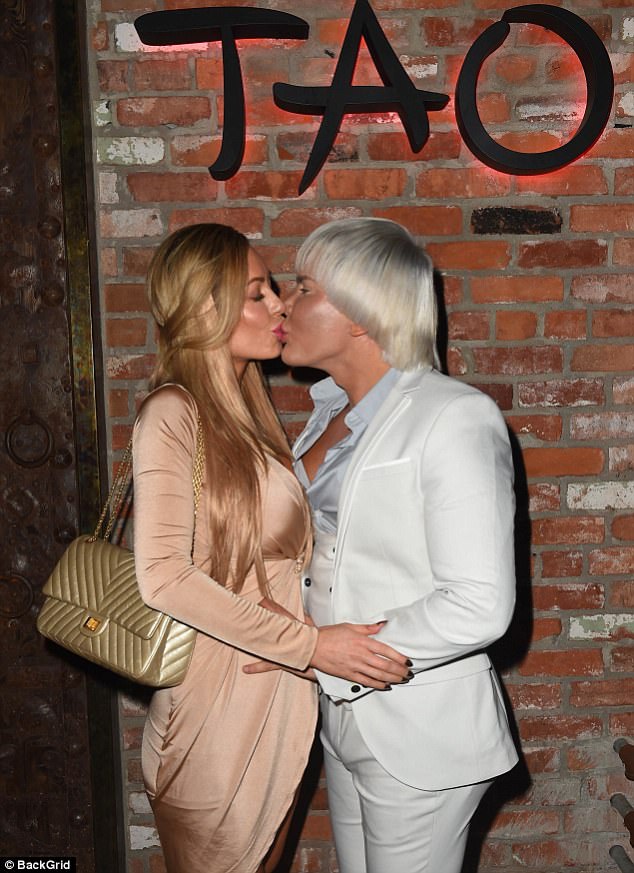 Adorable: The pair shared a cheeky kiss for the cameras as they arrived at the LA eatery 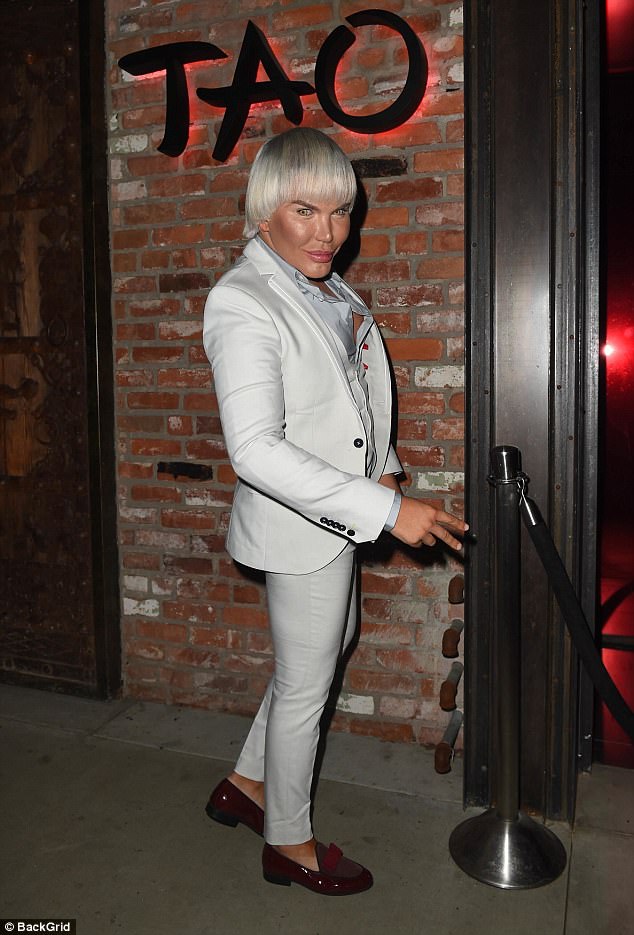 Almost 60! Rodrigo’s hair transplant was his 59th procedure, and the reality star revealed his plans to have more surgery

As part of plans for an upcoming reality show, Rodrigo revealed that he takes inspiration from Justin’s surgical enhancements.

He said: ‘Justin is making custom implants in my shoulders. He has always been a muse for me.

‘We are also working on our reality TV show Plastics of Hollywood which is to be aired soon!’ 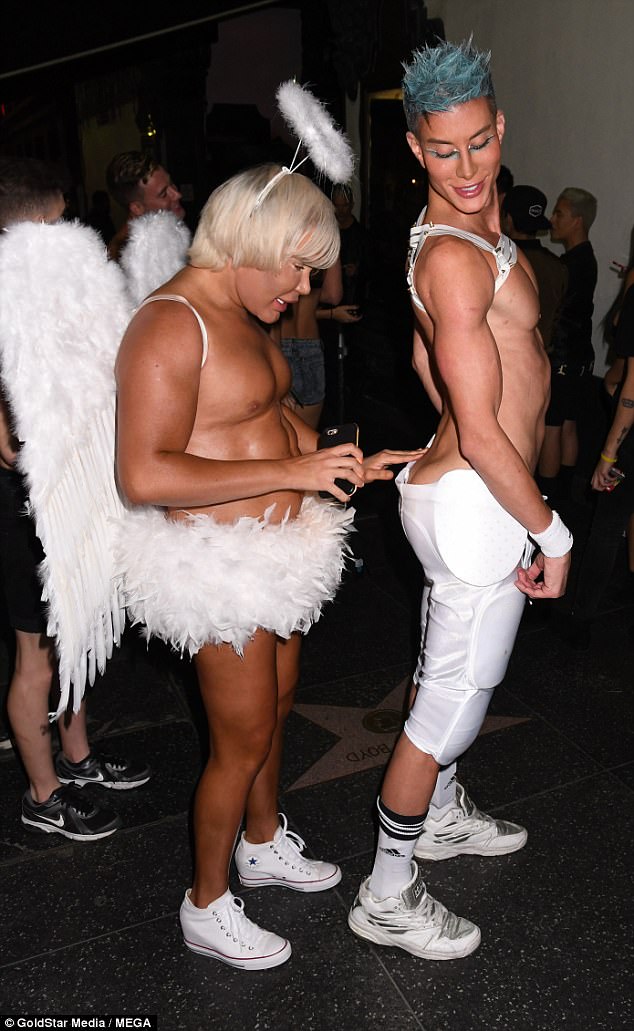 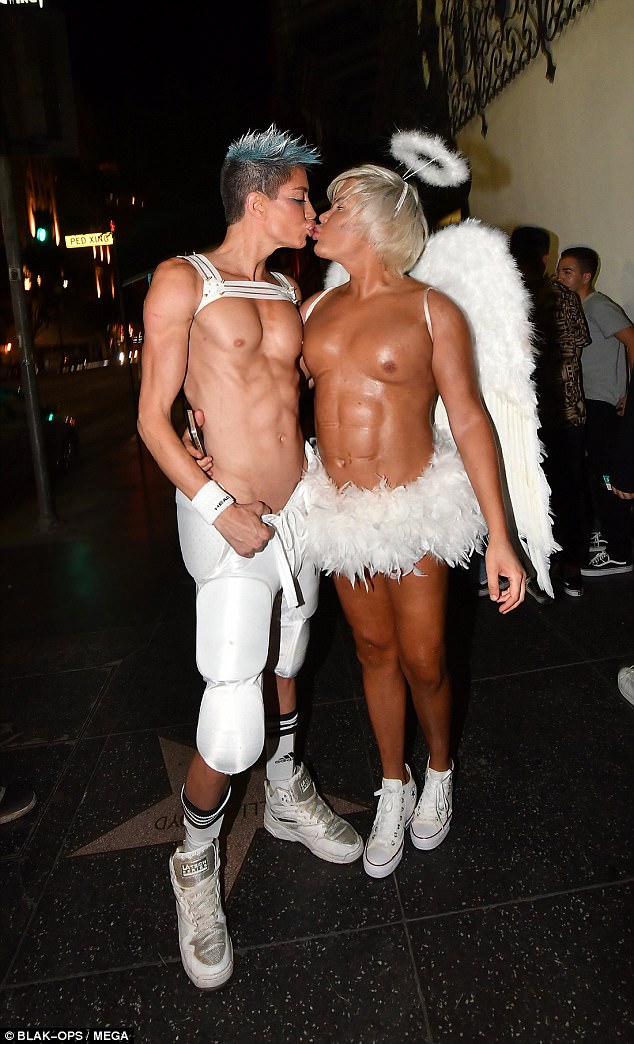 Collab: Rodrigo revealed he sees Justin a muse for his surgical enhancements, and the pair are planning to do a reality TV show together